Esther Almer stands by a baby carriage on the Promenade des Anglais in Nice. 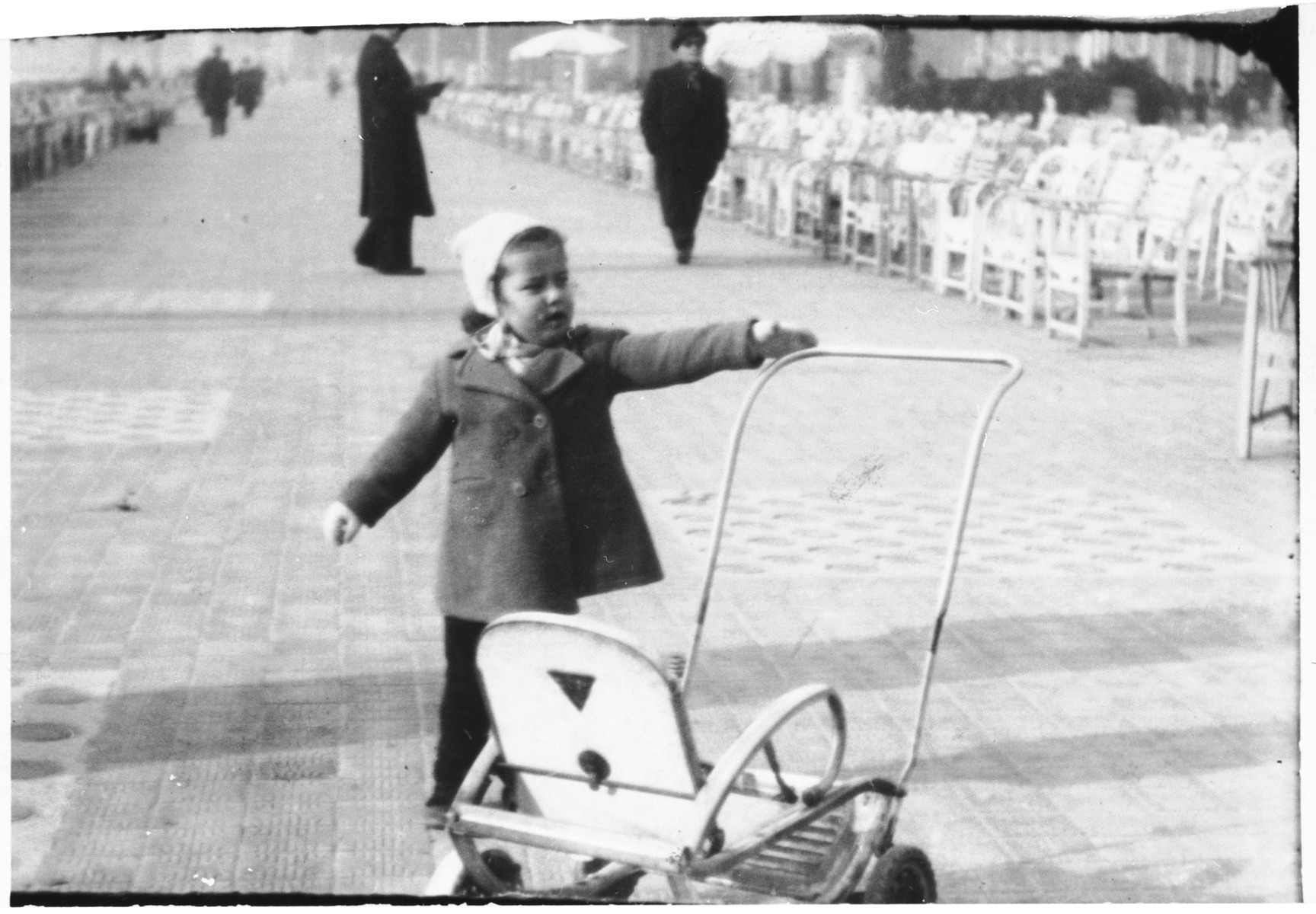 Esther Almer stands by a baby carriage on the Promenade des Anglais in Nice.

Biography
Esther Zaromb (born Esther Almer) is the daughter of Rabbi Joel Almer and Szambla Frenckiel Almer. Her parents were married in Milan on July 21, 1938. Her father had studied music in the conservatory in Belgium and served as the Jewish leader of the Ashkenazi community of Milan. After Mussolini ordered the arrest of foreign Jews, her parents fled Italy. Walking at night, they crossed the Alps and reached Nice, France. Esther was born in Nice on December 30, 1939. Her younger brother Joseph was born three years later on September 24, 1942. While living as a refugee, Szambla became friendly with two women who later helped save her life. One was a young woman, with a baby daughter approximately the same age as Esther. Her father had been a Latin American Ambassador to Rome before the war, and knew the local Gestapo chief. After Germany seized control of the Italian zone of France in August 1943, they announced that all Jews, except for women and small children, were subject to deportation. Szambla's friend used her connections to verify that this was a hoax,, and on her recommendation the family decided to go into hiding. During her excursions to the local park Szambla also had made the acquaintance of Madeline Bracq. She begged Madeline to hide her and her young children. After she consented, Szambla succeeded in fleeing to her apartment in the middle of the night. After escaping the initial round-ups, the Alamers went into hiding in the nearby town of Vence. They hid in several different places, including the surrounding woods and the Villa des deux Oliviers where the Germans actually were building trenches on the property. The Americans Vence during the summer of 1944.