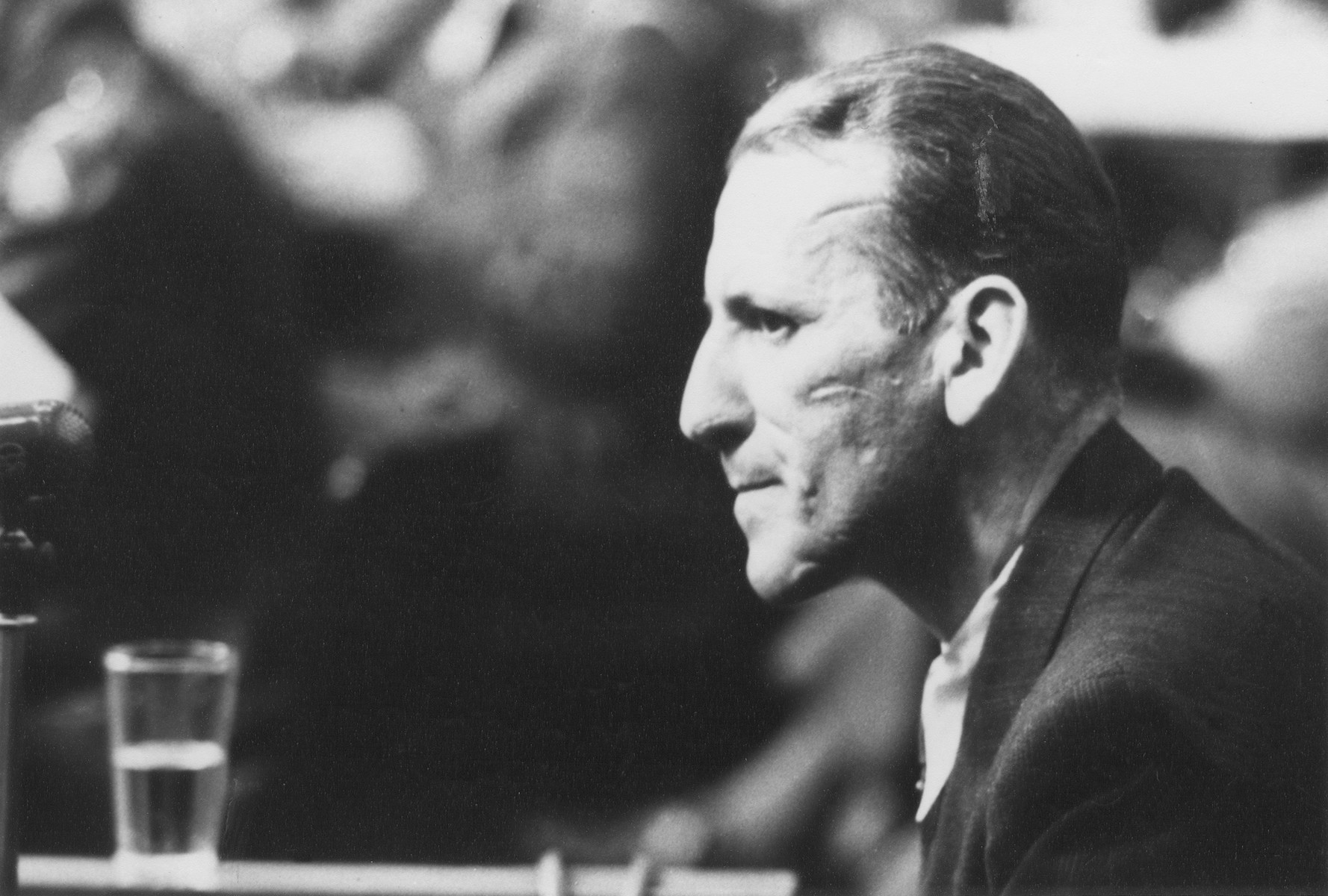 https://encyclopedia.ushmm.org/content/en/article/international-military-tribunal-at-nuremberg.
Biography
Ernst Kaltenbrunner, SS-Obergruppenfuehrer and head of the Reich Main Security Office was born in Ried im Innkries in Upper Austria in 1903 and attended school in Linz, Austria. He attended law school in Prague and practiced as a lawyer. He joined the NSDAP and SS in 1932, and worked vigorously for the Anschluss. By 1935 he headed the Austrian SS, but was arrested shortly thereafter for conspiring against the government. After the Anchluss, he became Minister of State Security and attracted the attention of Heinrich Himmler by setting up an extensive intelligence network in Austria. He also was responsible for the Zentralstelle fur Juedische Auswanderung (Central Office for Jewish Emigration) in Vienna, headed by Adolf Eichmann. Kaltenbrunner gradually gained increasing influence as commander-in-chief of the SS and police for Vienna and the Upper and Lower Danube, as well as lieutenant general of police. After the assasination of Reinhard Heydrich, Kaltenbrunner was named head of of the RSHA, the Reich Main Security Office, and on January 30, 1943, Himmler formally appointed him as head of the Sicherheitspolizei (security police) and SD. He also became responsible for the Gestapo and concentration camp administration. It is believed that he issued the Bullet Decree, which encouraged soldiers and civilians to shoot paratroopers while in the air and sent POWs to concentration camps. When he realized the war was lost, Kaltenbrunner tried to establish contact with the Americans through the International Red Cross, but that effort failed. He was captured at his relocated headquarters in the Tyrolean Alps by American troops. He was brought before the International Military Tribunal in Nuremberg, in spite of sufferring a cerebral hemorrhage on the day his trial began. Kaltenbrunner was found guilty of war crimes and crimes against humanity, and was hanged on October 16, 1946.