Arthur Seyss-Inquart enters the courtroom prior to his sentencing for war crimes. 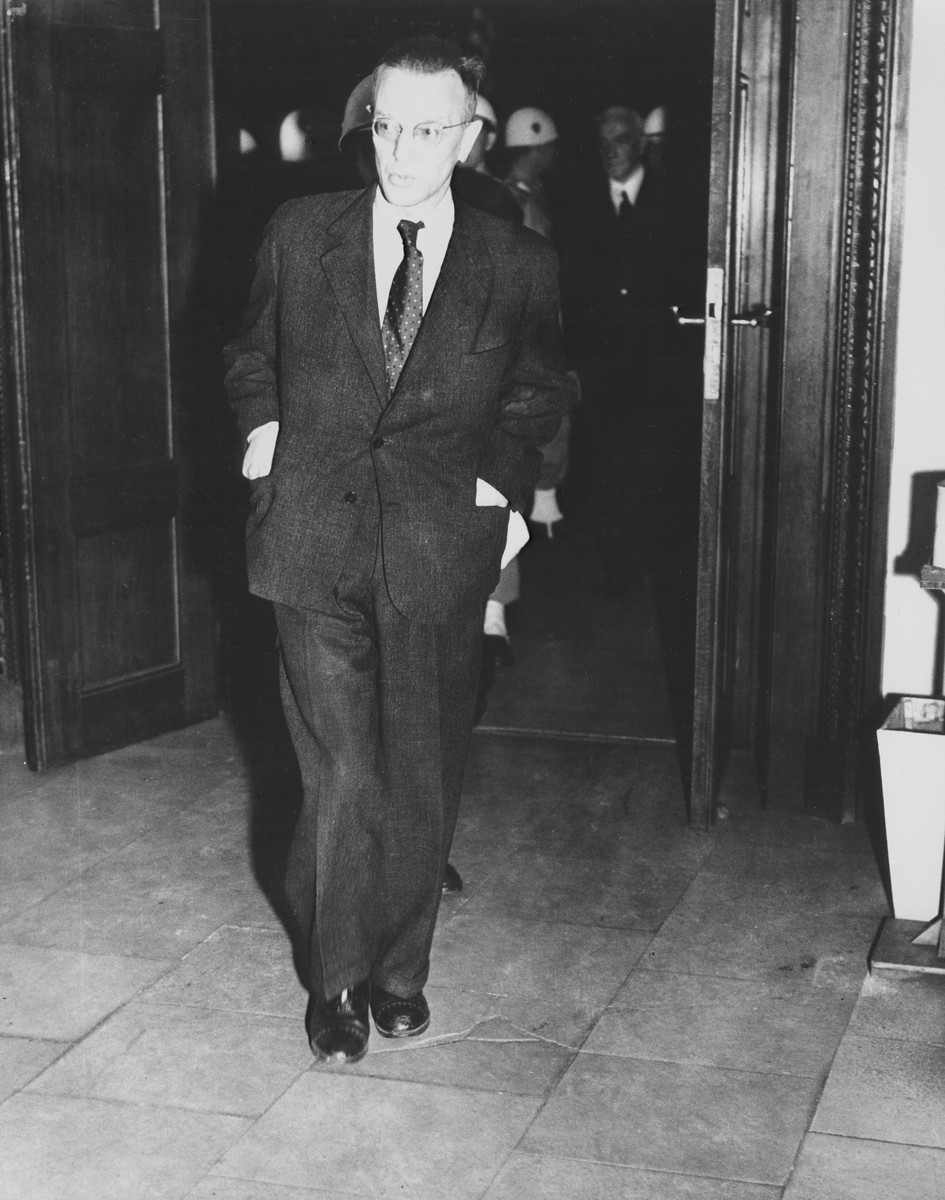 Arthur Seyss-Inquart enters the courtroom prior to his sentencing for war crimes.

https://encyclopedia.ushmm.org/content/en/article/international-military-tribunal-at-nuremberg.
Biography
Arthur Seyss-Inquart, (1892-1946), Reich Governor of Austria, Deputy Governor to Hans Frank in the General Government of Occupied Poland and Reichskommissar for the German occupied Netherlands. Seriously wounded during World War I, Seyss-Inquart returned to Austria and studied law. In 1931 he secretly joined the Austrian Nazi party, was appointed Austrian state councillor in 1937, and Austrian Minister of the Interior (a position which gave him control over Austrian domestic security). In March 1938 pressure from German Chancellor Adolf Hitler forced the resignation of Austrian Chancellor Kurt Schussnigg and his replacement by Seyss-Inquart. The very next day, at Seyss-Inquart's invitation, German troops crossed the Austro-German border, implementing the Anschluss, the annexation of Austria to the German Reich. Following the Anschluss, Seyss-Inquart was appointed Reich Governor of the Ostmark (Austria) and SS Obergruppenfuehrer (General). In 1939 Seyss-Inquart was named deputy to Governor-General Hans Frank in the General Government of Occupied Poland. In 1940 Seyss-Inquart became Reichkommissar for the German occupied Netherlands. In that capacity, he was responsible for the deportation of 5,000,000 Dutchmen to Germany for labor and 117,000 Dutch Jews to the east. Arrested by Canadian troops in May 1945, Seyss-Inquart was convicted by the International Military Tribunal at Nuremberg and executed in Nuremberg prison in 1946.