A wounded partisan is treated in a field hospital belonging to the Shish detachment of the Molotov brigade. 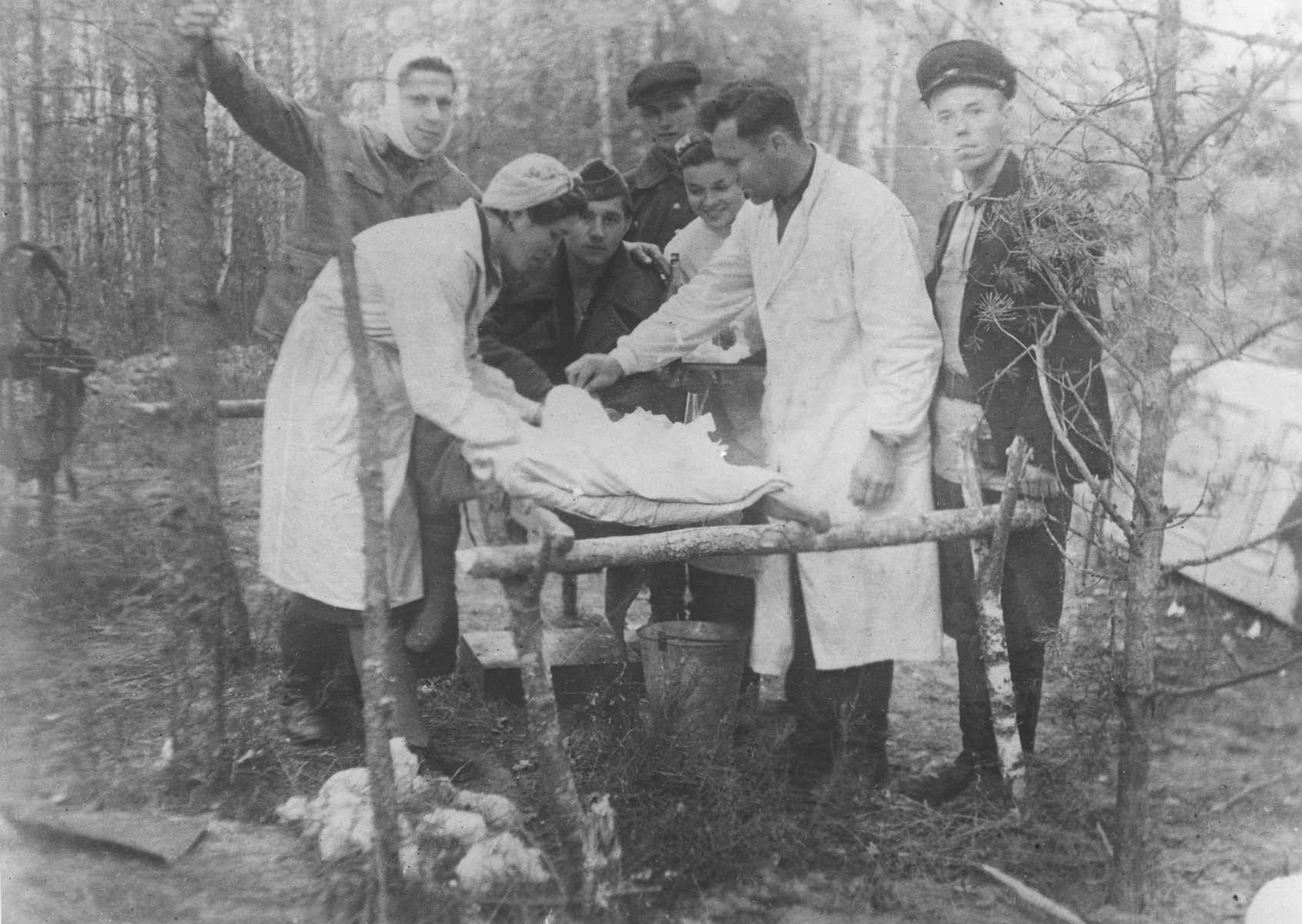 A wounded partisan is treated in a field hospital belonging to the Shish detachment of the Molotov brigade.

Among those pictured are Dr. Ivan Khudyakov, the brigade's physician (second from the right), and Fanya Lazebnik, a photographer and partisan nurse (left). The wounded partisan's name is Sergei.