The donor's mother, Hildegard Hitschke-Stkutecka (second from right), with friends in her home town. 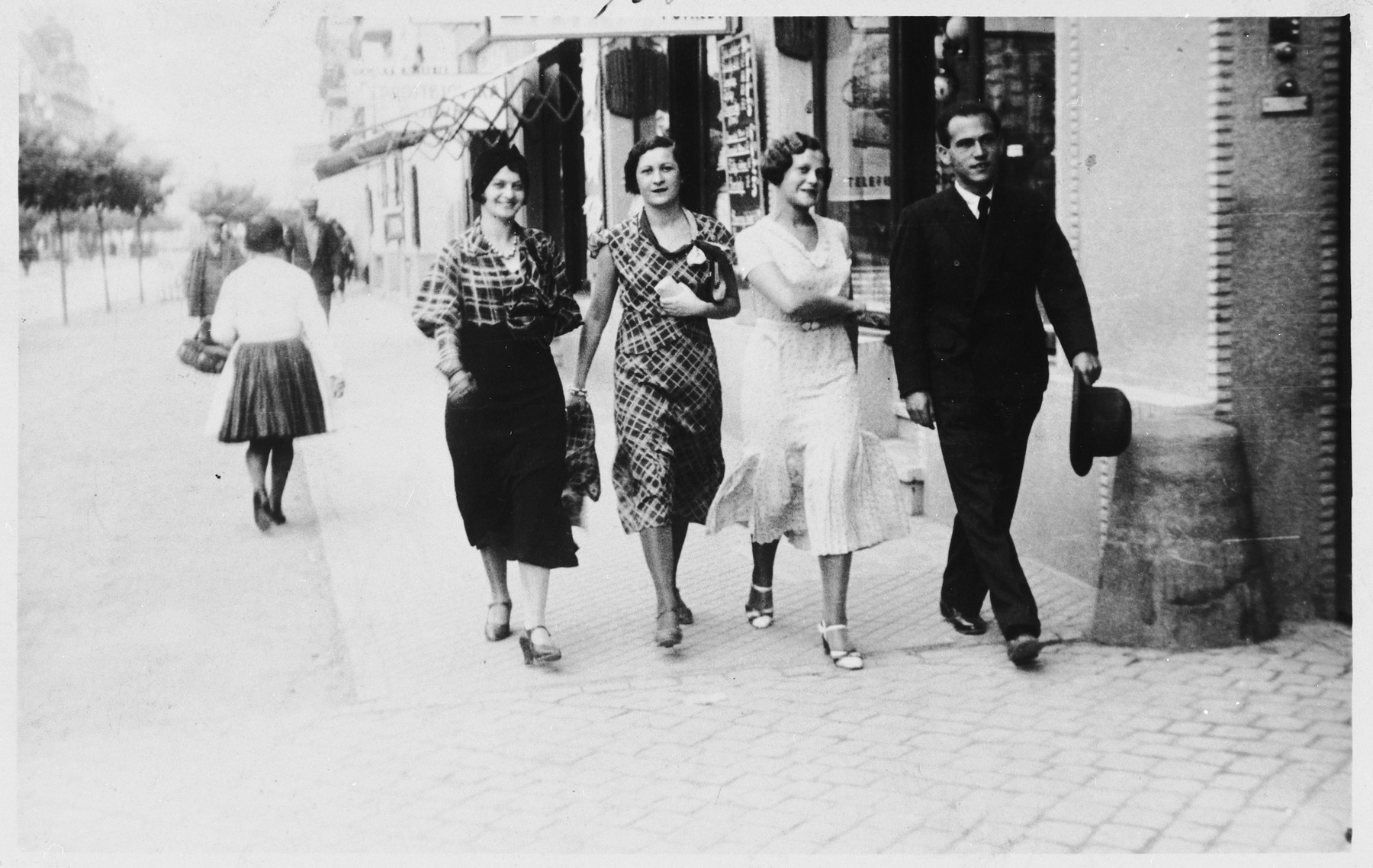 The donor's mother, Hildegard Hitschke-Stkutecka (second from right), with friends in her home town.

Biography
Hildegarde Hitschke-Stkutecka, who was trained as dentist, resided in Brno, Czechoslovakia from 1933 until the beginning of the war. In 1935, she married Dr. Leo Nitschke, a judge on the Moravian supreme court. After the German occupation in 1939, the couple was forced out of their apartment and Hilda was prohibited from treating non-Jewish patients. In 1943, the Nitschkes were deported to Theresienstadt. By October 1944, Hildegard was sent to Auschwitz, where she was selected to be deported to Bergen-Belsen. In mid-February 1945, she was selected for forced labor at an aircraft factory in Raguhn, Germany. She fell ill with typhus, and on April 13, 1945 was sent on an evacuation transport back to Theresienstadt, where she was liberated by the Soviet army. Her husband perished in Auschwitz.