A Jewish family poses with their Croatian neighbors and friends. 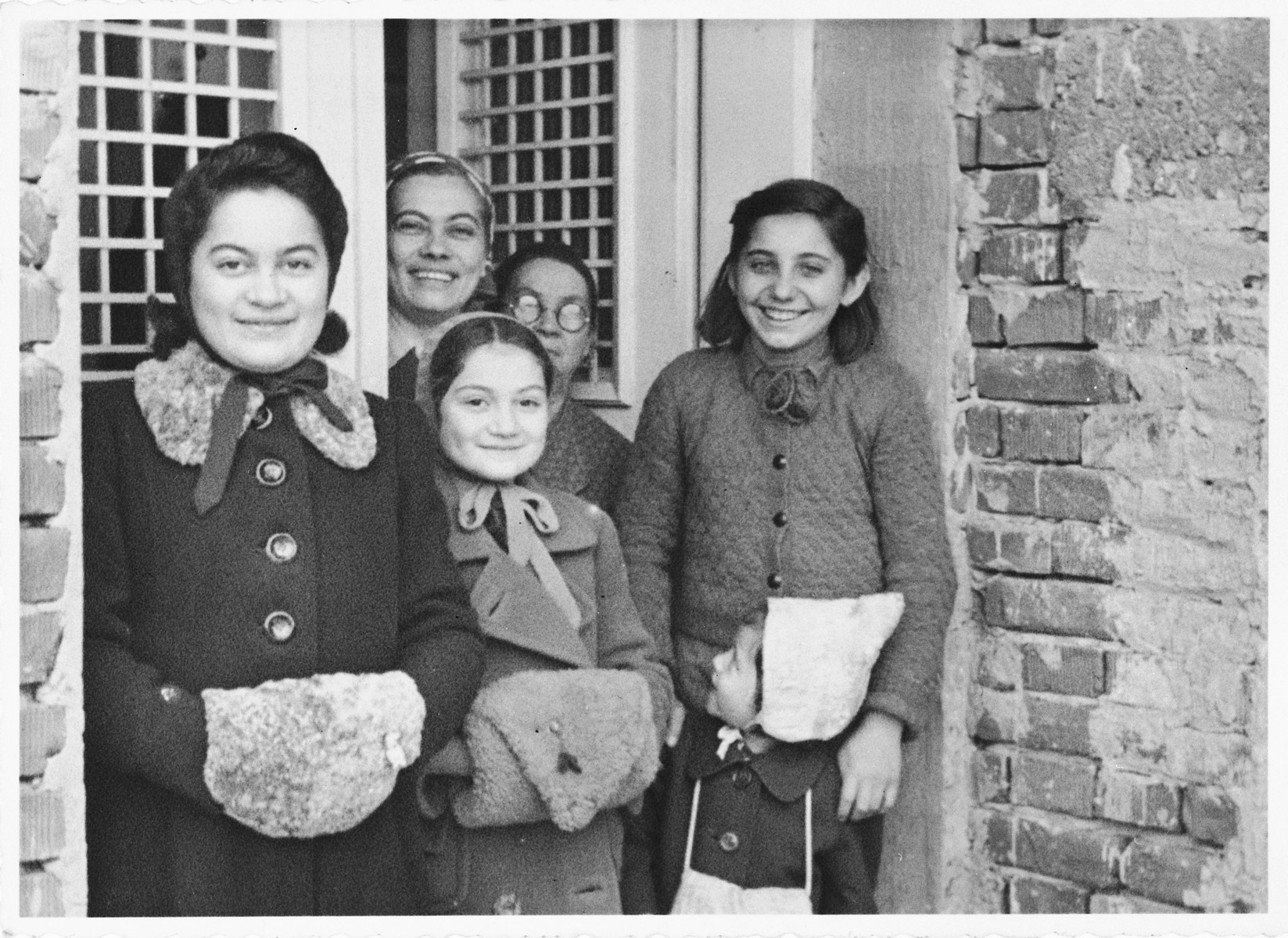 A Jewish family poses with their Croatian neighbors and friends.

Pictured in the ffront from left to right are: Zdenka and Vera Apler and their young cousin Dorica (Theodora) Basch. Standing behind them are Blanka Apler (the mother of Vera and Zdenka), Maria Runjak and Stefica Grabaric.