Portrait of the extended Sztejnsznajd and Gertner families taken on Passover shortly before the family of Josef Sztejnsznajd departed for America. 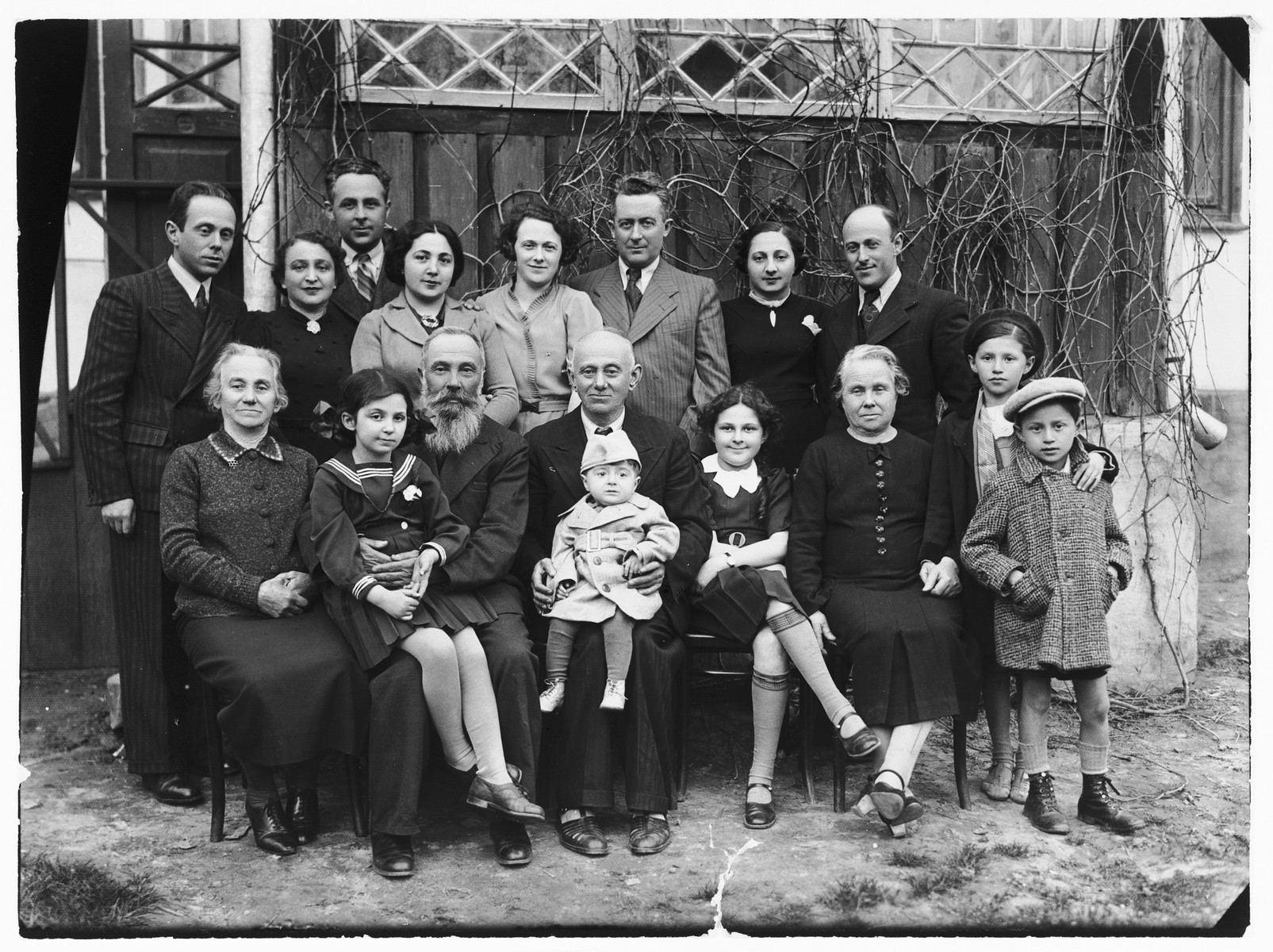 Portrait of the extended Sztejnsznajd and Gertner families taken on Passover shortly before the family of Josef Sztejnsznajd departed for America.

Biography
Sara Ligjht (born Sara Sztejnsznajd) is the daughter of Josef Sztejnsznajd and Goldie Gertner Sztejnsznajd. She was born on December 11, 1928, in Luck, Poland where her father was a grain merchant. Her younger brother Chaim (later Herbert) was born in 1938. The family was religiously observant, and Sara attended the Zionist, Hebrew language Tarbut school. Her mother's older brother, Avraham Gertner, influenced the choice of schools. A committed Zionist, Avraham was an acquaintance of Jabotinsky and had immigrated to Palestine in the 1920s. However, after contracting malaria while working in the Hula valley, he returned to Poland. Josef Sztejnsznajd had three sisters and one brother. His oldest sister, Anna immigrated to the United States early in the century. She came alone on a forged passport and moved to Pittsburgh where the family had relatives. She tried to convince her siblings to emigrate as well under her sponsorship. Josef applied for immigration visas every five years beginning in 1920 and was repeatedly turned down. Finally in 1938 he received immigration visas for himself, Goldie and their two children. They left Poland in April 1939 and arrived in New York on May 2, 1939, exactly four months before the start of World War II. The family then joined Anna in Pittsburgh and changed their name to Stein. Two of Josef's other siblings died before the war, but his youngest sister Peppa Garber and her husband, Czala and young daughter Lila perished during the Holocaust in 1941 in the city of Rovno. Goldie had three brothers. One brother Shmuel immigrated to Brazil in the 1920s to avoid conscription in the Polish army. Her older brother Avraham perished in the Holocaust together with their mother, Cipora following the German occupation of Luck in 1941. Goldie's father, Moshe Gertner, had died of natural causes in 1940. Goldie's third brother, Josef Gertner was married before the war. His first wife, Peppa and child perished during the Holocaust; he survived in hiding with a Polish woman named Mary. Mary also hid two other Jewish men and was later recognized by Yad Vashem as Righteous Among the Nations. After the war she and Josef married and eventually moved to Pittsburgh. In 1952 Sara married Ernest (Lebowiz) Light, a Czech Holocaust survivor from Chudlovo.