Jewish DPs stand in front of a memorial to Holocaust victims from Krasnik in the Zeilsheim DP camp. 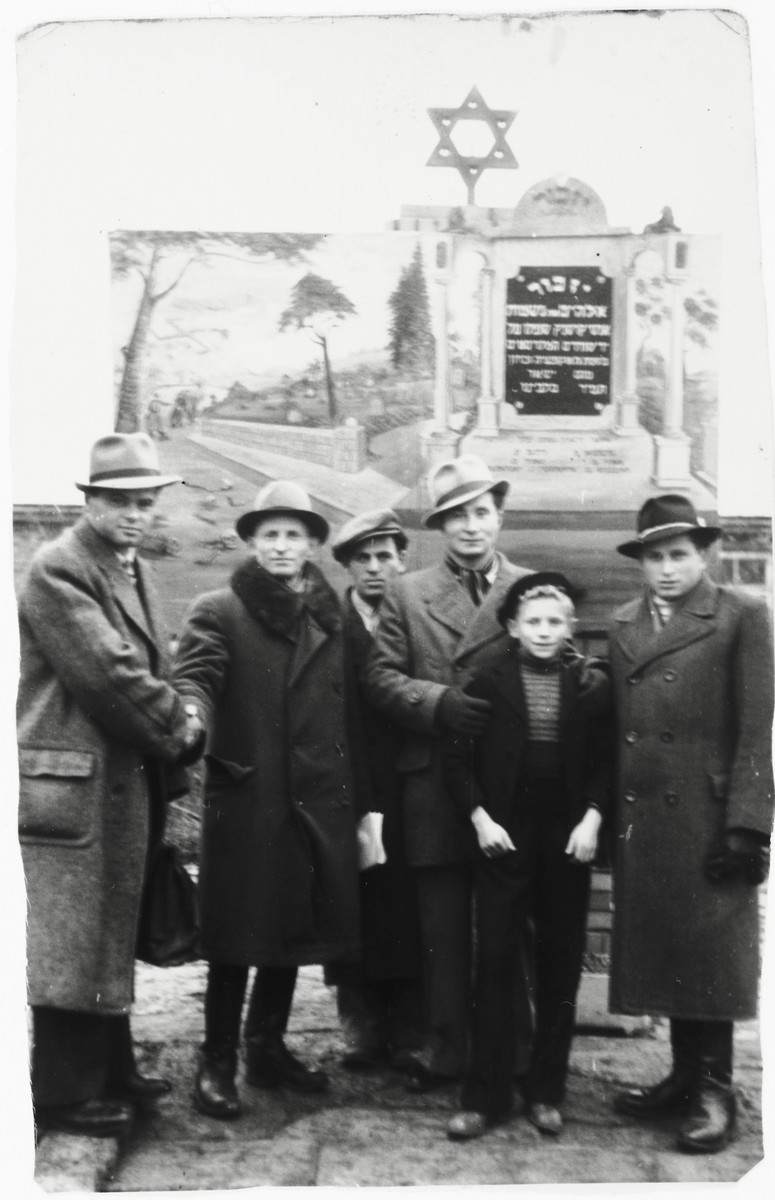 Jewish DPs stand in front of a memorial to Holocaust victims from Krasnik in the Zeilsheim DP camp.

Szlomo Waks is standing second from the right.