Class picture of a French school in Le Chambon where Micheline and Annette Federman and their cousins were hidden. 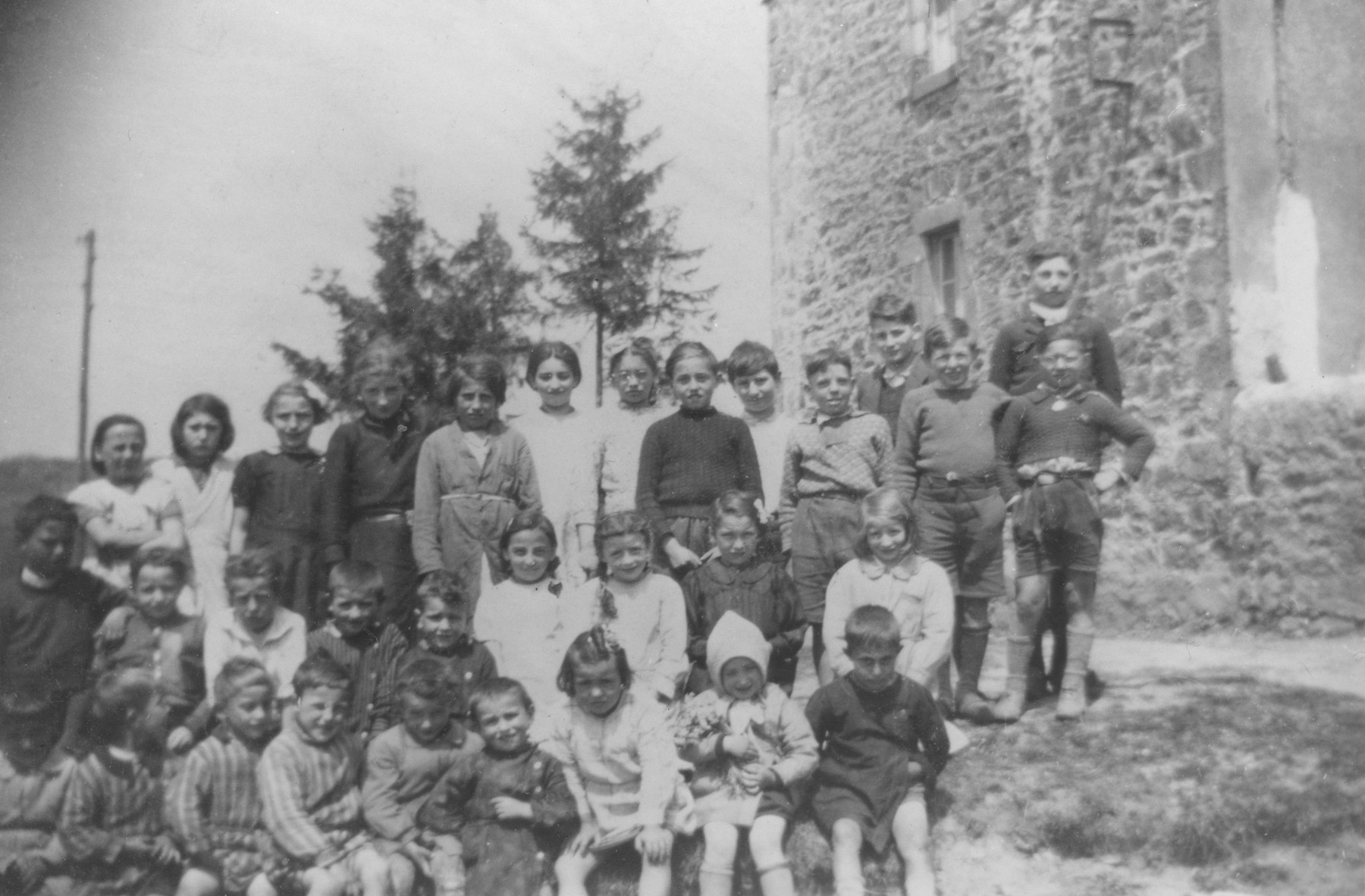 Class picture of a French school in Le Chambon where Micheline and Annette Federman and their cousins were hidden.

https://encyclopedia.ushmm.org/content/en/article/le-chambon-sur-lignon.
Biography
Micheline Federman is the youngest child of Michel and Annette Federman. Her parents were born in Warsaw where they married and gave birth to their oldest child, Jeannette. After they moved to Paris in the 1920s they had three other children. Simon was born in 1926, Annette was born in 1933 and Michelene was born in 1939. In 1942, as the situation in Paris became more difficult, the family fled to Avignon in southern France. First Michel fled. Micheline, Annette and their mother followed shortly, and finally Jeannette and Simon joined them after first closing up the family's apartment. By 1943, Avignon also was not safe and the resistance urged the family to hide the younger girls. In early 1943, members of the resistance met Micheline and Annette at the train station and brought them to the town of Le Chambon-sur-Lignon. They stayed there for the remainder of the war with a family of farmers, the Picots. The rest of the family hid in Le Barthelase, a small island in the Rhone River, near Avignon. Michel stayed in hiding, while his wife worked as a barmaid in an island inn. In 1941, Micheline's older brother Simon joined the resistance. In 1942, he helped to warn people when the Gestapo or police were coming for them. After the family then fled to Avignon, he and Jeannette continued to work for the resistance, hanging propaganda posters. Simon then took a job as a mechanic in Avignon, while also buying arms, collecting money and obtaining false ID cards and ration cards for the resistance. He also sabotaged trains on their way to Germany. After the war Michel retrieved his two younger daughters, and in April 1945 they returned to Paris. Four years later, on June 16, 1949, with the exception of Jeannette who had since married, the family immigrated to the United States.