View of a sign painted on the Stuttgarter Strasse bridge in Ulm reading "Jews are not desireable in Ulm". 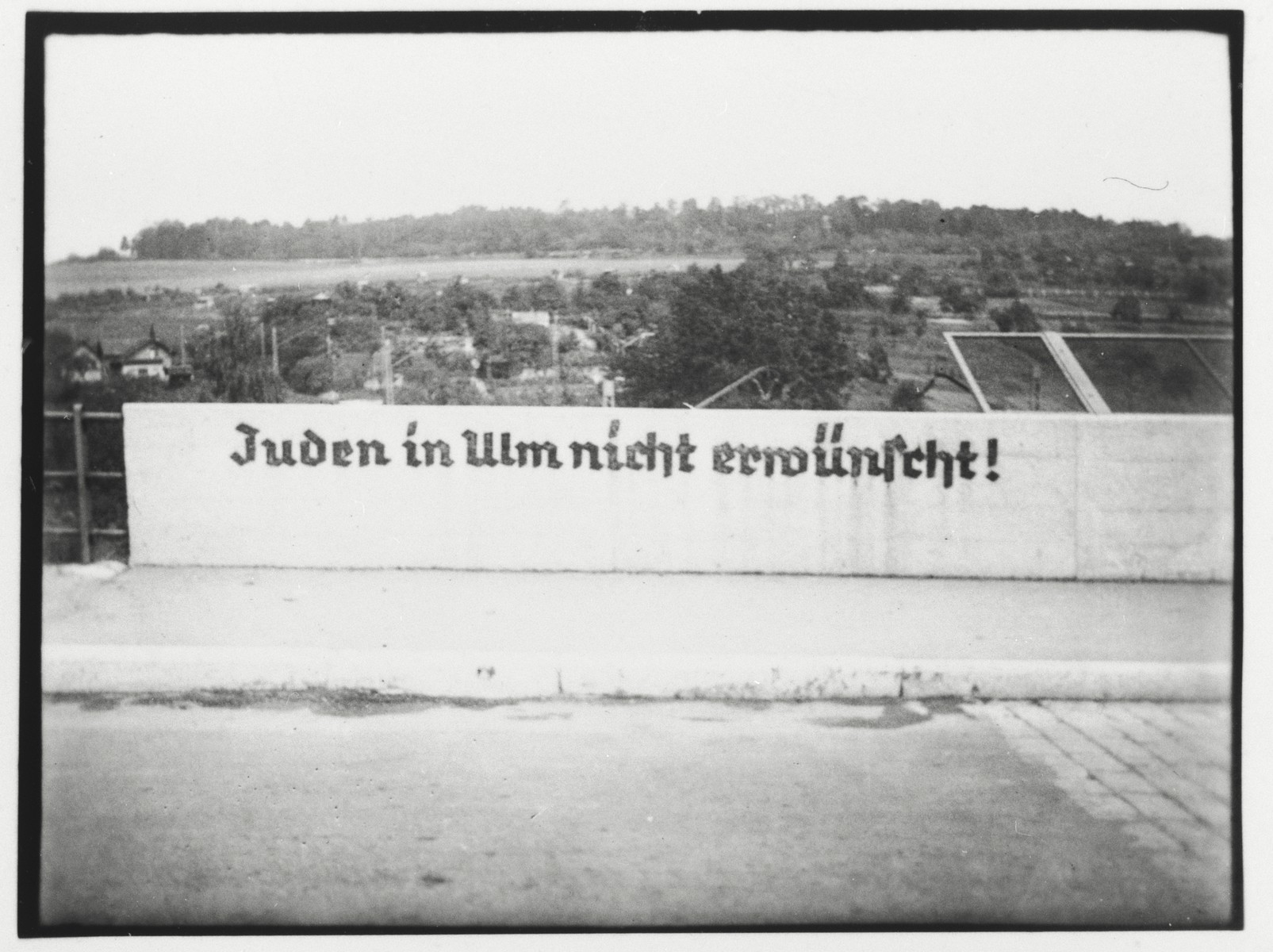 View of a sign painted on the Stuttgarter Strasse bridge in Ulm reading "Jews are not desireable in Ulm".

Biography
Fred Einstein is the son of Arthur Einstein and Irene Einstein nee Guggenheimer. Arthur Einstein was born in Buchau, Germany where the Einsteins had lived since 1665. Buchau had a warm and wonderful Jewish community and a unique synagogue. He trained as an accountant. After serving in combat in World War I, he started his own wholesale tobacco business. With his marriage to Irene Guggenheimer, Arthur moved to Ulm where his wife was born and grew up. Three of Fred's grandparents died before he was born; Fred's family lived with his maternal grandfather Jakob Guggenheimer in Ulm. The Einsteins and Guggenheimers were friends of the Scholl family, two of whose children, Hans and Sophie Scholl were leaders of the White Rose resistance group. On the night of Kristallnacht Mr. Scholl knocked on the door of their apartment to check if they were safe. Mr. Einstein was arrested by the Gestapo on two occasions. He together with his wife and son immigrated to the United States and arrived in New York on December 22, 1939 after the outbreak of World War II. Many of his family and friends perished in the Holocaust. In the US he operated a glove factory with Irene's assistance. Jakob Guggenheimer was born near Ulm, Germany. He continued operating his father's rope distribution business. Mr. Guggenheimer died in 1938 of natural causes. Though Fred and his parents succeeded in emigrating, many of their family members perished in the Holocaust -- Blanda Einstein Heumann and Isaak Heumann, Ernst Einstein and Erna Oppenheimer Einstein, Hermann Einstein and Selma Moos Einstein, Jakob Einstein, Elsie (Ilse) Einstein, Louis Einstein, Max Guggenheimer and Caecilie (Cilly) Melzer Guggenheimer, Ida Feigenbaum Krailsheimer, Markus Friedberger and Theres Landauer Friedberger, Recha Friedberger Reutlinger and Jakob Reutlinger, Klara Friedberger Adler and Mina (Marie) Friedberger.