Nurses at an orphanage pose with some of the babies including a Jewish child in hiding. 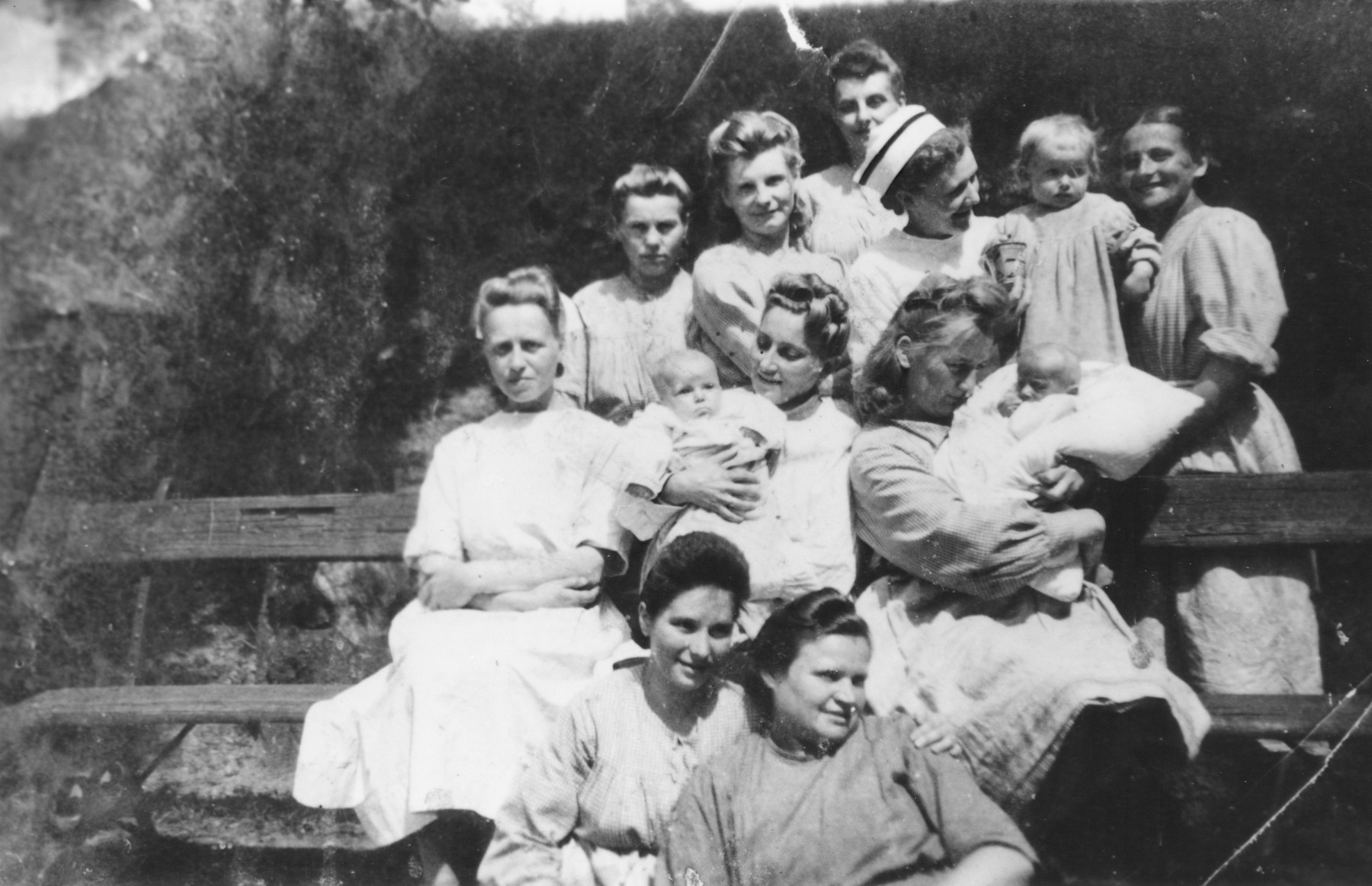 Nurses at an orphanage pose with some of the babies including a Jewish child in hiding.

Among the children is Wanda Szymeczko.

Biography
Deborah Stocker (born Wanda Katarzyna Szymeczko) is the daughter of Josef Rygier and Leah Bottner Rygier. Her parents were originally from eastern Poland but moved to Warsaw before the war. Josef worked as a businessman and Leah as a midwife. After the war they were imprisoned briefly in the Warsaw ghetto before obtaining false papers, under the names Michal and Franciszka Szymeczko, which allowed them to escape to the Aryan side. Sometime in late 1942, Josef was rounded up as a Pole and sent to a labor camp in Germany. Left alone and in her last trimester of a pregnancy, Leah went to the Dom Kziedza Buduena Convent and Orphanage. She told them she had recently come from the countryside and asked whether she could deliver her baby there. Wanda was born in the orphanage on February 11, 1943. Leah and Wanda were allowed to stay together for approximately six to eight months. Afterwards, Wanda was sent to another orphanage on the outskirts of Warsaw, and Leah hid in the Polish countryside supporting herself by working both as a farmhand and as a midwife. After the war, Josef returned from Germany and found Leah at a prearranged meeting place in Warsaw. Towards the end of 1945, Wanda’s parents picked her up from the orphanage and the family moved to Liegnitz. There, the family continued to live under their assumed names, and Josef supported the family by running a small general store. Leah gave birth to a second daughter, Ela, in 1947, and three years later the family immigrated to Canada where Leah’s brother was living. Both Leah and Josef’s parents had been living in the Soviet zone at the start of the war. All four were deported to Siberia, and only Leah’s parents survived. Leah’s brother, Ephraim Bottner, survived the war as a member of the Polish underground.