Portrait of Bronislawa Rechtszafen and her son, Edward shortly before they left the ghetto for the Aryan side. 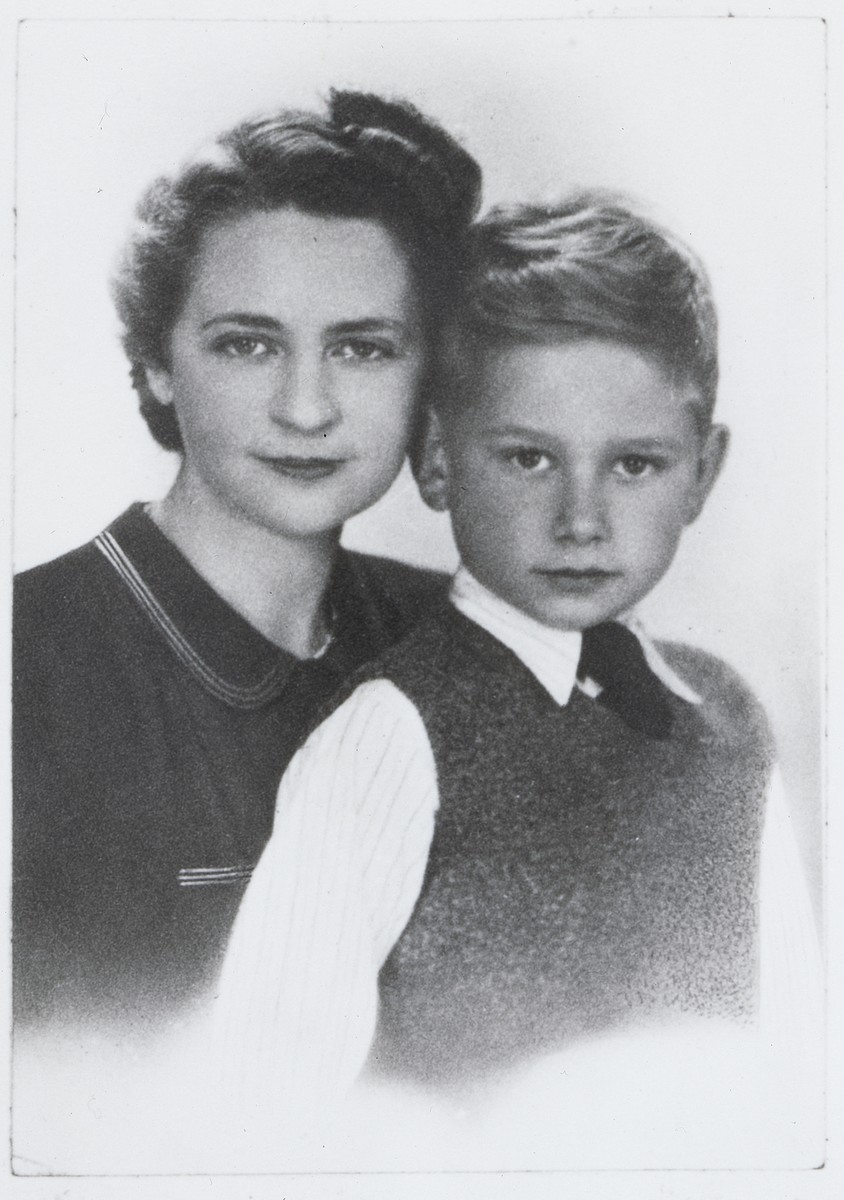 Portrait of Bronislawa Rechtszafen and her son, Edward shortly before they left the ghetto for the Aryan side.

Biography
Edward Haven (born Edward Karol Rechtszafen) is the son of Ludwik Rechtszafen and Bronislawa Rechtszafen nee Bart. He was born on October 28, 1933 in Warsaw, Poland where his father owned a leather factory and numerous real estate properties. They lived in an apartment located in a building belonging to Edward's paternal grandparents, Ignacy Maksimilian Rechtszafen and Chana Rygier Rechtszafen. In addition the family owned a house in Konstancin near Warsaw. In September 1939 Edward's father was mobilized into the Polish Army as an officer and subsequently fled Poland via Romania, Iraq and Egypt to the United States. Edward, his mother, his paternal grandparents and his paternal aunt with her husband and daughter tried to flee to the east, but were forced to return to Warsaw. Their house was destroyed in bombing of the city, and the family moved to Konstancin. Sometime in the fall of 1940 they were forced into the Warsaw ghetto. Edward's grandparents subsequently perished in the ghetto. After one year Bronislawa Rechtszafen arranged for false papers for herself and her 8 years old son Edward. Bronislawa became Anna Luniewska and Edward became Edward Luniewski. They found a hiding place with Edward's former nanny in the Okecie area of Warsaw. In an effort to save her son, Bronislawa unsuccessfully tried to reverse Edward's circumcision. In the summer of 1941, in an attempto secure an American visa, she brought him with her to Berlin where they experienced an air raid. After their return to Warsaw Bronislawa took security measures not to endanger her small son during necessary trips into the city. She always walked on the opposite side of the street from Edward, who was accompanied by his former nanny or another adult protector. During one of these walks Bronislawa Rechtszafen was caught by the Gestapo, and Edward never saw her again. He stayed with his former nanny until the outbreak of the Warsaw uprising on August 1, 1944. Edward was separated from her and found himself alone, fighting alongside the AK Home Army scouts in Warsaw. After the Germans suppressed the uprising in September 1944, most of the population was deported out of Warsaw. Edward and a new friend found themselves in Pruszkow, where they made acquaintance with two Polish women, who claimed to be their respective mothers. This ploy enabled them to leave the transit camp in Pruszkow and travel to Krakow. A priest in Biezanow near Krakow found a family, which took Edward in. The Machaczek family lived in Biezanow, where they owned a bakery and Edward became a stepbrother to Jaska and Jozek. Edek, as he was known in Polish, attended the local school. Immediately after the liberation of Poland, Ludwik Rechtszafen, who had changed his name to Louis Rex Haven, initiated an intensive search for his son, and in the spring of 1946 representative of the Polish Red Cross located Edward in Biezanow. In the fall of 1946 Edward traveled to the United States via Stockholm and was finally reunited with his father. Louis Haven tried to compensate his only son for all the years of suffering and created a new reality for him, in which the past did not exist. Edward was sent to best schools but in the process many of his memories as well as his knowledge of the Polish language disappeared. In 1985 Edward renewed contact with the Machaczek family and took his children to visit Poland.