Louis and Margarethe Wilhelm pose on a sidewalk next to a rod iron fence. 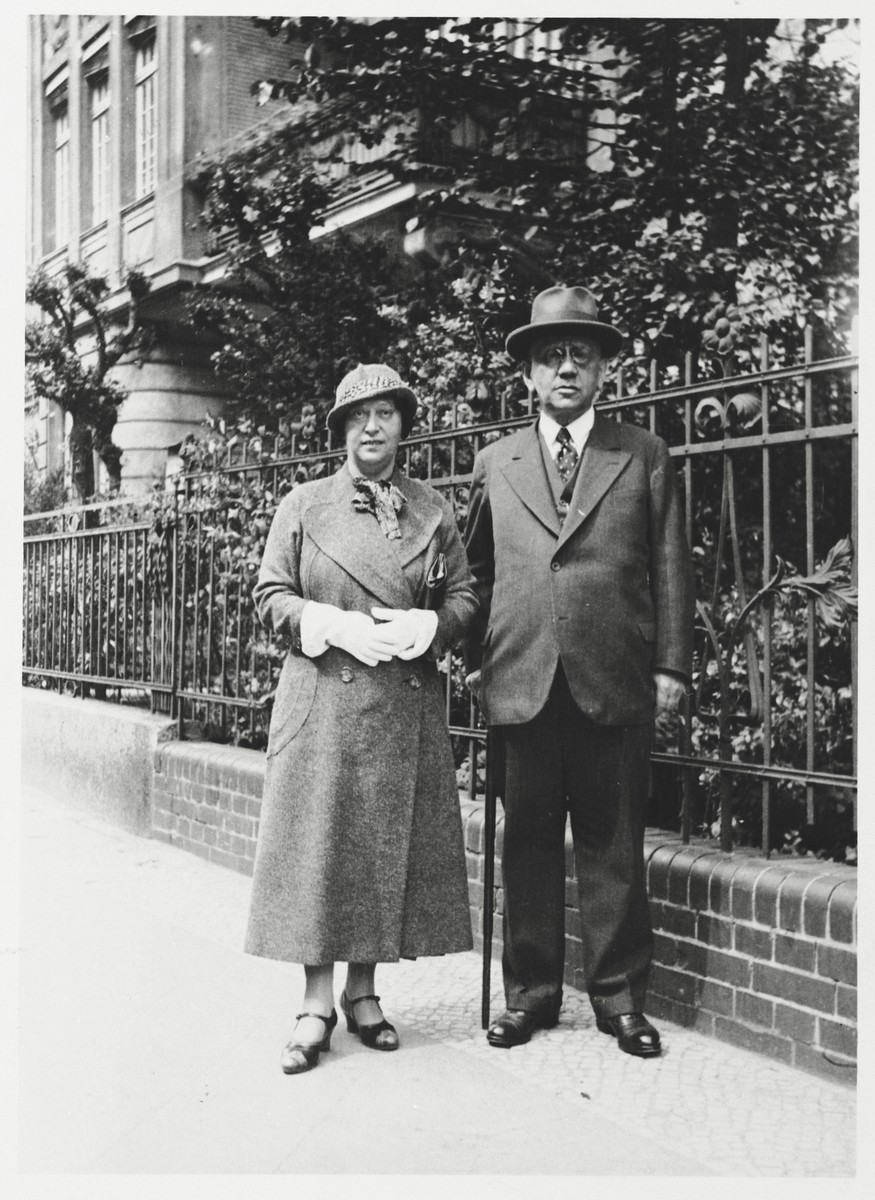 Louis and Margarethe Wilhelm pose on a sidewalk next to a rod iron fence.

Louis and Margarethe Wilhelm were the parents of Annie Witting. Louis Wilhelm was a wholesale wheat merchant with a seat on the Wheat Exchange in Berlin. He died of natural causes on March 23, 1941. After his death, Margarethe went into hiding. She eventually committed suicide on November 15, 1943 at the age of 61.

Biography
Heinz Peter Witting is the son of Georg Witting and Annie Wilhelm Witting. He was born on May 16, 1928 in Gleiwitz, and his younger sister Ellen Marion was born the following year on July 17, 1929. Both Georg and Annie were from Posen, but following Germany's defeat in World War I, they moved to Gleiwitz because they preferred living under German rather than Polish rule. After Georg's business was aryanized, the family moved to Berlin hoping there would be less antisemitism in a large city. During Kritallnacht, November 1938, Georg managed to avoid arrest on the night of Kristallnacht by riding the subway the entire night. However afterwards, the family made plans to leave Germany. They had hoped to go to the United States, but since Georg and Annie were originally from Posen, they fell under the Polish quota and were not eligible for visas for several years. Since they wanted to leave Germany as soon as possible, they decided to go to Shanghai instead. They left Berlin in May 1939 and made their way to Trieste where they boarded the Conte Verde for Shanghai, arriving on June 4 1939. Annie's brother sent them some money from South Africa, which they used to move from out of the refugee camp into a small one-room apartment. It was hard to find the resources to support themselves. Georg eventually found work as bookkeeper for an American import export firm. However, after the start of the war in the Pacific, he lost his job. He next found work with a Chinese chemical firm. He stayed there until the Japanese established a restricted area for foreign nationals in May 1943. Annie used her business and language skills to find temporary jobs to help support the family. Peter attended the Kadoori School, the SJYA club and an ORT school where he learned machine fitting and mechanics. Peter celebrated his bar mitzvah in Shanghai on May 5, 1941. He became actively involved in the Jewish Refugee Boy Scout troop, eventually becoming the assistant scoutmaster. The Wittings remained in Shanghai for the next eight years. In May 1947 the family left Shanghai and immigrated to Australia on board the ship "Benjamin Latrobe." They were among a small group of twelve 12 Jewish refugees who arrived in June 1947. Although Peter's immediate family survived the war intact, many of his extended family perished, including his maternal grandmother who committed suicide in Berlin, and his uncle, Siegismund Witt who died in New York as a result of injuries he sustained while a prisoner at Gurs.