A man with an accordian accompanies a group of young children in song in the Ferramonti internment camp. 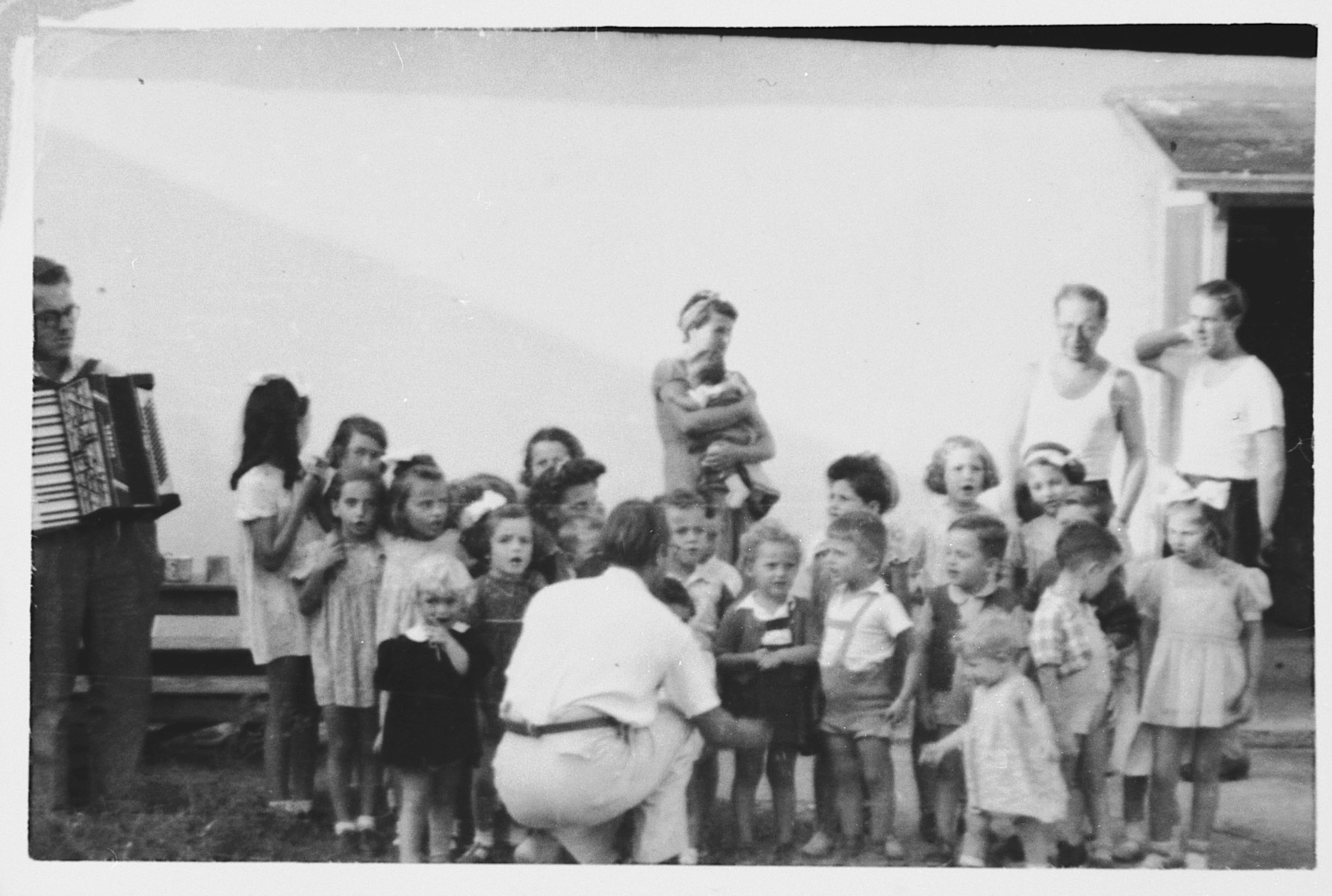 A man with an accordian accompanies a group of young children in song in the Ferramonti internment camp.

This photograph was taken during the first of three visit by Rabbi Riccardo Pacifici to the internees. His last visit was in August 1943.