Portrait of an elderly Jewish woman wearing a hat in the Theresienstadt ghetto, a still from the Nazi propaganda film, "Der Fuehrer Schenkt den Juden eine Stadt" [The Fuehrer gives the Jews a City]. 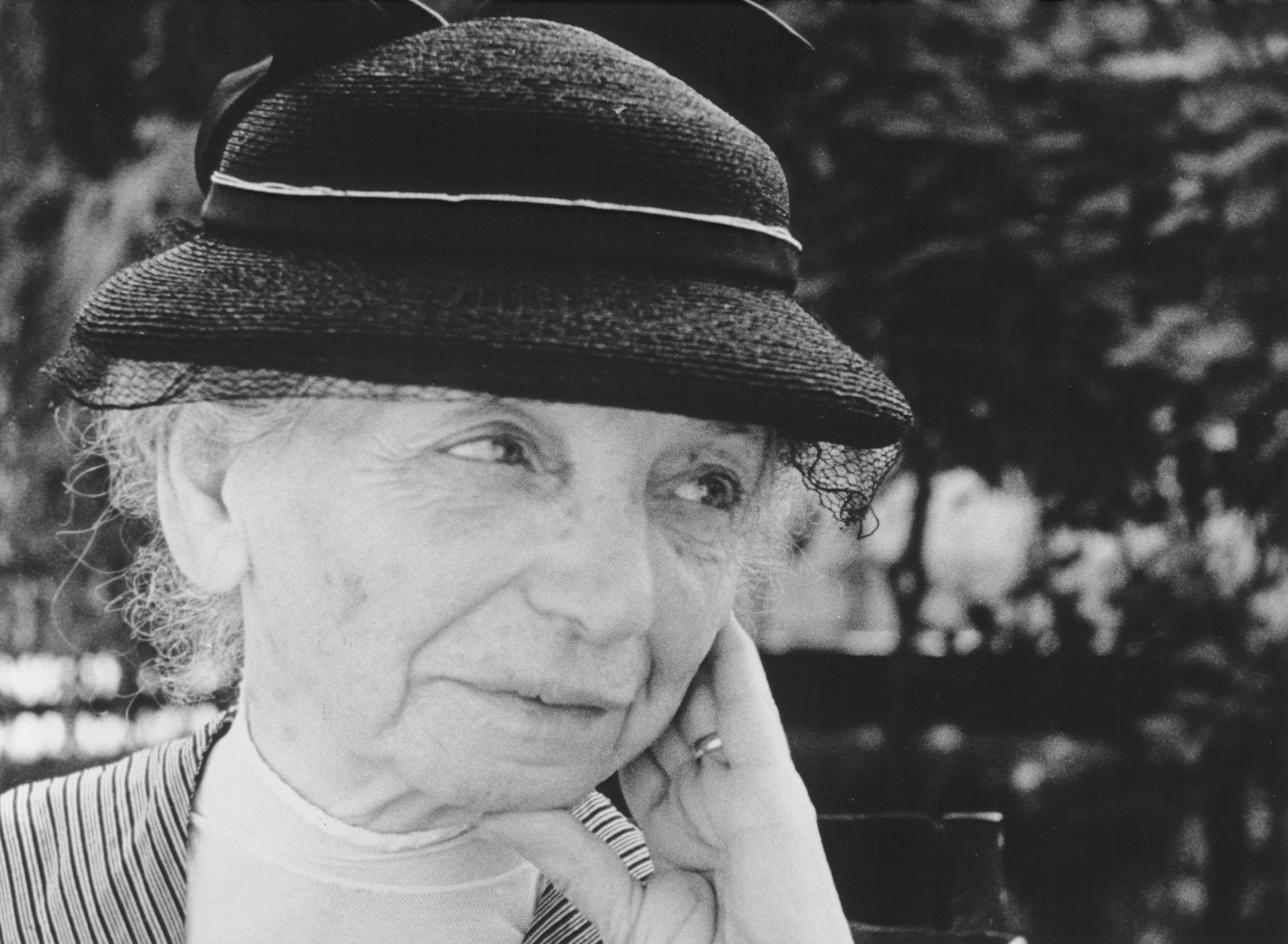 Portrait of an elderly Jewish woman wearing a hat in the Theresienstadt ghetto, a still from the Nazi propaganda film, "Der Fuehrer Schenkt den Juden eine Stadt" [The Fuehrer gives the Jews a City].

Clara Petit was born to Jewish parents in 1862 on St. Thomas (a Caribbean island then under Danish sovereignty). In 1904, she married a Danish naval officer named Schultz, and moved to Copenhagen, where they had two daughters. Her husband died in 1934. On October 2, 1943, Clara was arrested and deported with transport XXXV/2 from Copenhagen to Theresienstadt. Her two daughters, though they were Christian, refused to leave their mother and were deported as well. The daughters were able to leave the camp in 1944, and returned to Denmark. Clara was released in the spring of 1945 through the "White Buses" rescue operation undertaken by the Swedish Red Cross and the Danish government. After the war, she returned to live in Copenhagen with her daughters, and never spoke of her experiences in Theresiestadt. She died in 1963, at the age of 101.