Group portrait of Jewish and non-Jewish children in a public school in Tacovo. 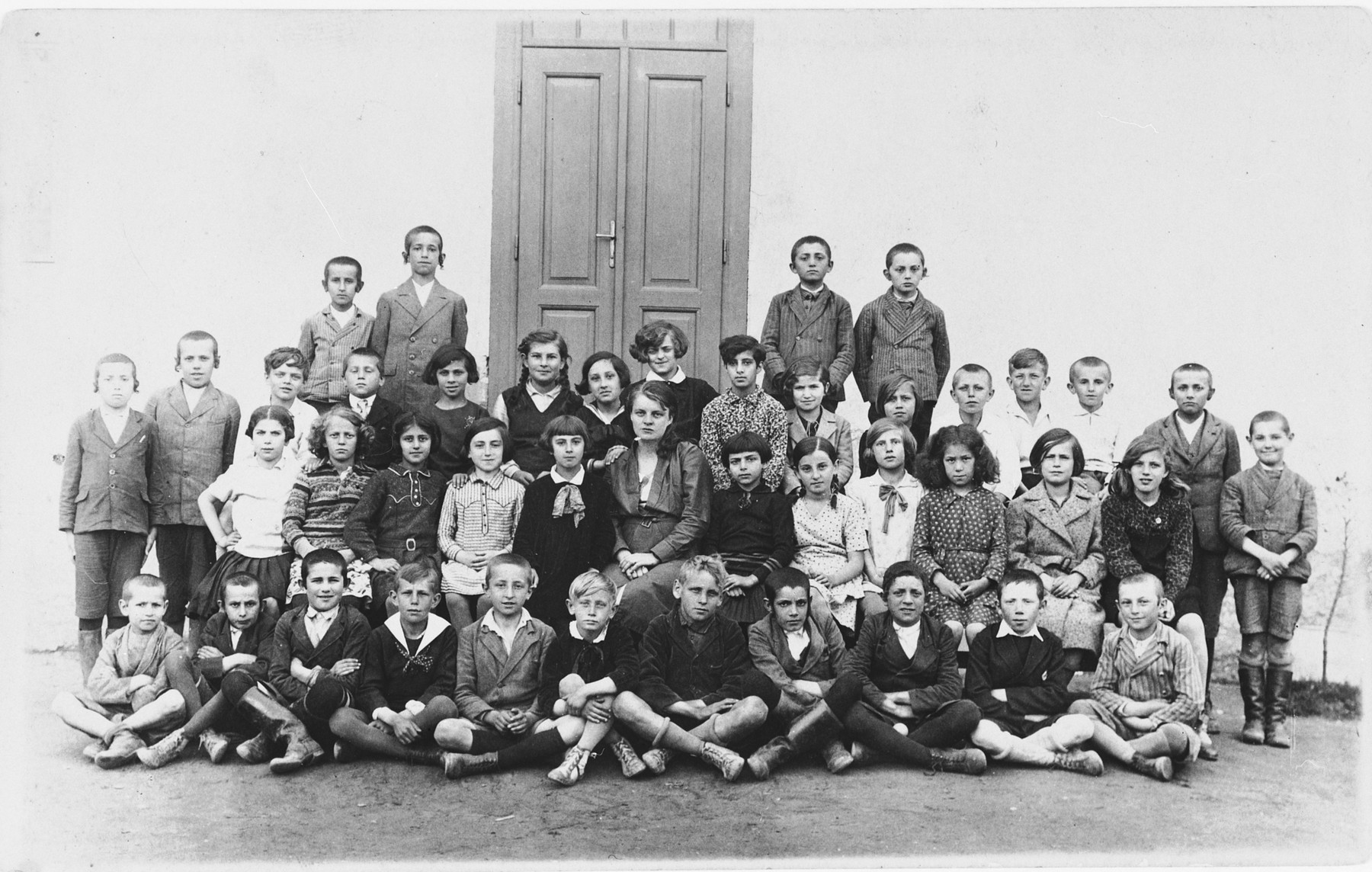 Group portrait of Jewish and non-Jewish children in a public school in Tacovo.

Among those pictured is Goldie Berger.

Biography
Rachel Zelnicker (born Rachel Berger) is the daughter of Yaakov and Shaindel (Rosenfeld) Berger. She was born January 27, 1926, in Tacavo, Czechoslovakia, where her parents were shopkeepers. Rachel had nine siblings: Moshe, Goldie, Gitta, Naphtali Baruch, Mordechai, Meyer, Josef, Arno Leibush and Yechezkel. The family was both religious and Zionist, and Rachel's mother helped organize a Beit Yaakov orthodox girls school in town. Rachel attended a Czech school until the Hungarians took control of the region, and then attended a Hungarian school. Her older brother, Moshe, was conscripted into the Hungarian labor service in the early 1940s. In April 1944, a few weeks after Germany seized control of Hungary, the Jews of Tacovo were forced into a ghetto. Two months later the entire Berger family, including Moshe, who had returned home to be with his family, was deported to Auschwitz. Most of the family was killed upon arrival, but Rachel and Gitta were taken to the prison camp and assigned to Lager C, Block 16. The last time Rachel saw her older brother, Moshe, he advised her to do anything to leave the camp. Therefore, when a few months later their camp guards were looking for women to work at a different site, Rachel and Gitta immediately volunteered for the transport, along with their cousin, Esti, and two close friends, Penina and Hentzi. They were taken to the Reichenbach labor camp and put to work in the Telefunken and Hagenuk factories. When the camp was evacuated in February 1945, the five friends resolved to stay together. Four were selected for the evacuation transport, but Rachel's name was not on the list. When she attempted to sneak onto the transport, a female SS guard slapped her and turned her dog on her. Surprisingly, the dog did not bite, and at the last minute, she managed to get on the transport. The women were taken to the Phillips factory in Germany and were liberated by the Americans a few months later. After the war, Rachel returned to Czechoslovakia and joined a Dror Hehalutz group in Litomerice. With the help of the Bricha, she sailed to Palestine on board the Providence in April 1947.