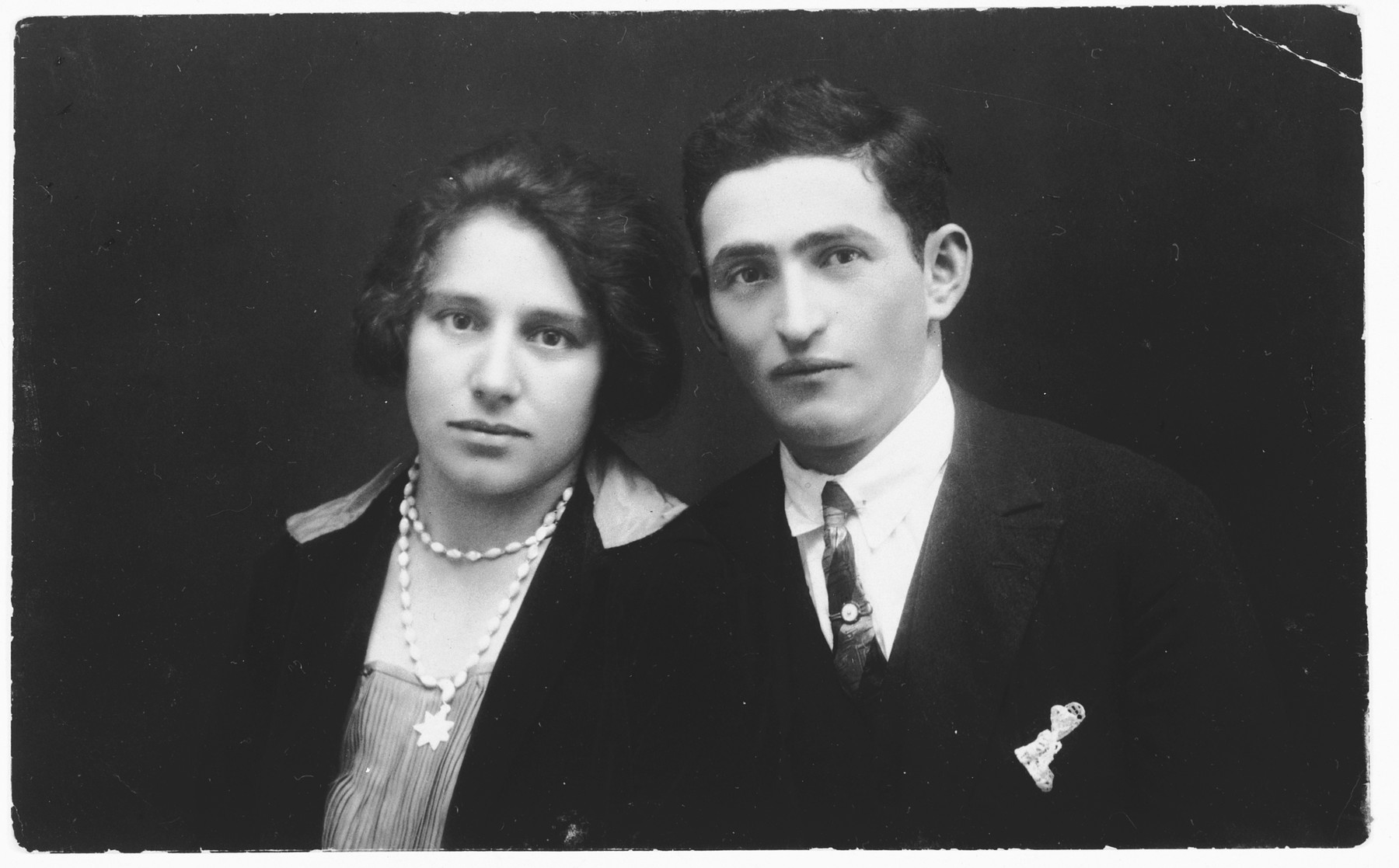 Biography
Elly Gross (born Elly Berkovits) is the daughter of Eugene (Yaakov) Berkovits and Irina (Rivka) Farkas Berkovits. Elly was born in Simleu Silvaniei in Transylvania on February 14, 1929 and was named after her paternal grandmother, Elka Kizelnik Berkovits. Her father, a tailor, was born in Siget on December 12, 1905, and her mother was born in Marghita on November 21, 1906. She had one younger brother Adalbert (Avraham) who was born on March 16, 1939. Elly attended a Jewish school that taught both Jewish and Romanian subjects. With the Hungarian invasion of September 10, 1940, Jewish children were denied access to higher education or Hungarian schools. The Jewish committee organized Jewish higher education taught in both Yiddish and Hungarian, which Elly attended. Two years later, in 1942, Eugene was conscripted for forced labor near the Soviet front. In the spring of 1943, sometime near Purim, his group was locked in a trailer and burned to death. A few young men succeeded in escaping and testified what had happened. After Eugene was forced to leave home, Irina supported the family by doing alterations and selling geese with Elly's assistance. In March 1944, Germany assumed control of Hungary and began imposing the Final Solution. Right after Passover, all the Jews from Simleu Silvaniei had to move to a ghetto located inside a brick factory in Cehul-Silvaniei. They were housed in a shed without a roof and only partial walls. Elly received a job peeling potatoes, which gave her a bit more food. On May 27, 1944, on the eve of Shavuot, the Berkovits family, were rounded-up in the first transport from the ghetto and put into sealed cattlecars. Though they had been strip-searched, Elly managed to conceal a small two-inch pocketknife in her hand and so was able to make a small hole in the cattle car for air. They arrived in Auschwitz on June 2, 1944; Irina and Adalbert were killed immediately. Elly was taken to Lager C, Block 20 and the following day moved to Block 18. There she met her cousins, Violet and Eva Farkas, who had been deported the previous week from Marghita. Elly passed out during the roll call the following day. Miri Leichner, the block elder, saved her life by giving her work in the barracks rubbing the chimney bricks and bringing water and ersatz coffee to the other inmates. This allowed her to spend less time on roll call and skip the daily selections. In August 1944 she was forced to stand naked for twenty-four hours and undergo a selection. She was then sent to work in the Volkswagen factory near Fallersleben painting mines. She received protective gloves, a jacket and mask but still developed a gum disease, terrible cough and high fever. Luckily, she was allowed to stay and work in the barracks washing the floors. On April 10, she was evacuated to Zaltzveden where she again met her two cousins, Violet and Eva. The American army liberated her on April 14. She moved to an armory and found her mother's cousin on the DP list. They then were moved to Hillersleben where they met Romanian government emissaries who brought them home. When they came home to her grandmother's home in Marghita, she found two other cousins. The following day, a cousin of theirs, Aladar Grosz, offered to take her to their house where they had food. Elly went with them and met his brother, Erno Grosz. A few months later he proposed, and they married the following year. Erno had spent three and a half years doing forced labor and then was on a death march to Gunskirchen. The American army liberated him on May 6, 1945. Erno's parents Hermina Halperin Grosz and Martin Grosz perished in the Holocaust, as did four of his siblings: Giza, Kapi, Rozsi and Ilona. Three of his siblings survived: Bella, Joland, and Aladar. Ernest and Elly remained in Romania until they immigrated to America on March 17, 1966 with their two children, Agneta and Tiberiu Adalbert. Elly later served as a witness in the Volkswagen reparations trial.