Erna Fritsche Haar and her son Roman Haar on a sled in the Rzeszow Ghetto. 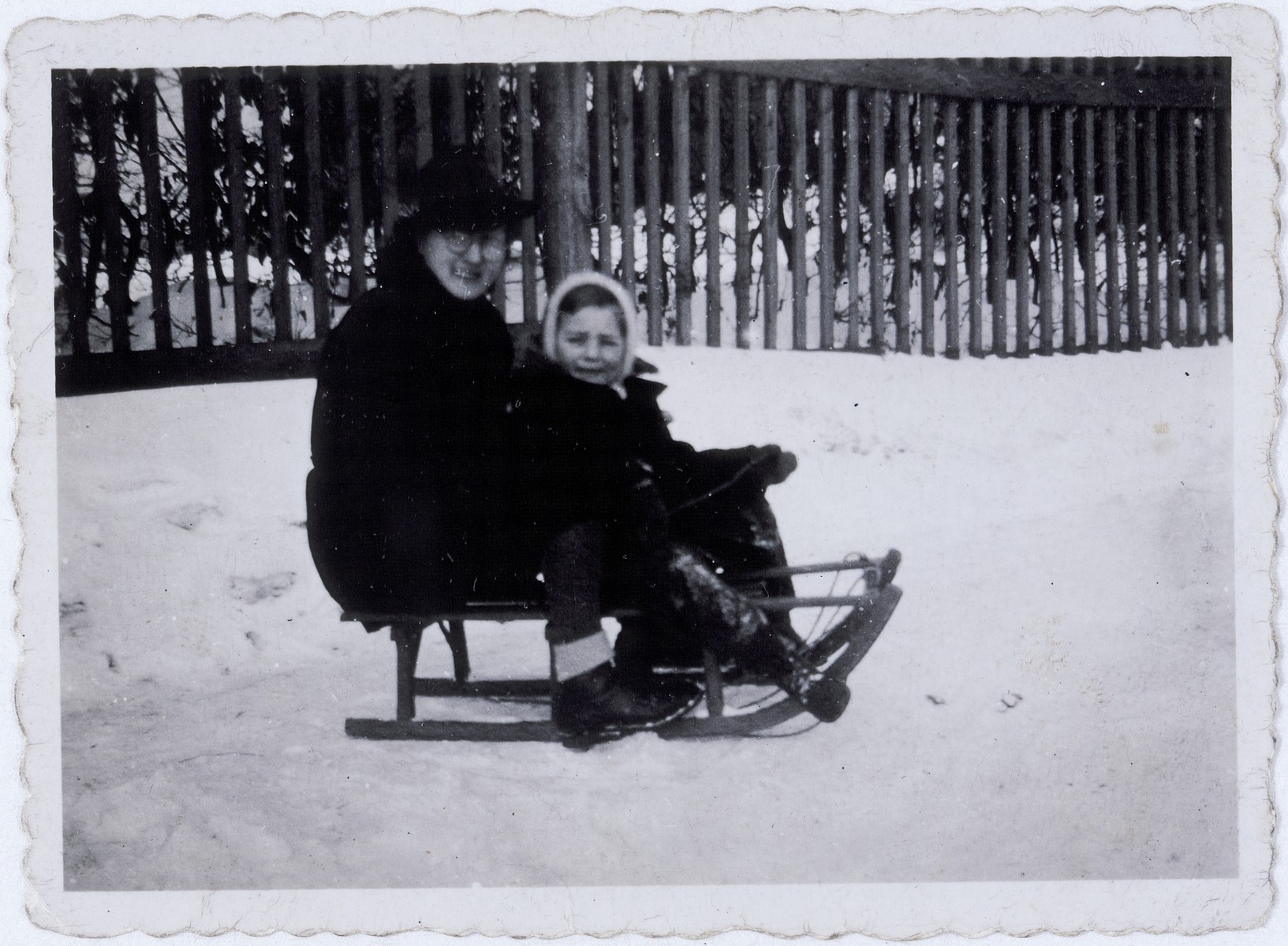 Erna Fritsche Haar and her son Roman Haar on a sled in the Rzeszow Ghetto.

Biography
Roman Haar is the son of Salo and Erna Haar. He was born July 9, 1935 in Danzig, where his father worked as a salesman. Erna converted to Judaism before her marriage to Salo, and Roman's birth certificate listed the religion of both parents as "Mossaich". Roman had a half-brother named Joachim Fritsche (b. 1927) from his mother's first marriage. When in December 1939 the Nazis ordered all foreign-born Jews to leave Danzig, Joachim, who was Christian, was allowed to remain and moved in with his mother's parents. Salo moved Erna and Salo to his hometown of Rzeszow, Poland where his aunts, sister and family lived. There, the Haars rented a large apartment on one of the main streets of the town, and Salo went into the grocery business with a Polish partner. In 1941 all Jews in Rzeszow were required to move into a ghetto, Salo and Roman moved, but Erna, who claimed she was German, remained in their old apartment outside the ghetto working as a domestic for the Germans who had confiscated the apartment. She also worked as a cleaning woman for the Germans. When the ghetto was closed, Roman was smuggled out to his mother. On July 7, 1942 during a deportation action from the ghetto to Belzec, Salo was shot and killed. All of the rest of his family, with the exception of his sister, who was temporarily spared but later killed, were taken to Belzec and killed. Erna claimed that Roman was the illegitimate son of a German father. She appealed to the German authorities that Roman be exempt from ghettoization. On November 15, 1942, women and children were deported from the ghetto to the Belzec death camp and killed. Three days later, the German authorities rejected Erna's claim to exempt her son. On November 19, 1942, she received a registered letter ordering that Roman enter the Jewish quarter immediately or further action would be taken against her. Erna ignored the order and for the next year-and-a-half hid Roman in the kitchen of the apartment where she was a domestic. In May 1944 Erna decided to return with Roman to Danzig where her father lived. A local policeman recognized Erna and remembered that she was Jewish. Though he harassed her and seized her passport, no further action was taken since the war seemed to be nearing its end. Roman was liberated in Danzig by the Russians on March 26, 1945. Erna and Roman remained in Danzig until August of 1945, when they moved to the Foehrenwald displaced persons camp. They lived there for the next four years until immigrating to the United States in August 1949.