A group of female survivors of Auschwitz-Birkenau trudge through the snow through as they depart from the camp through the main gate. 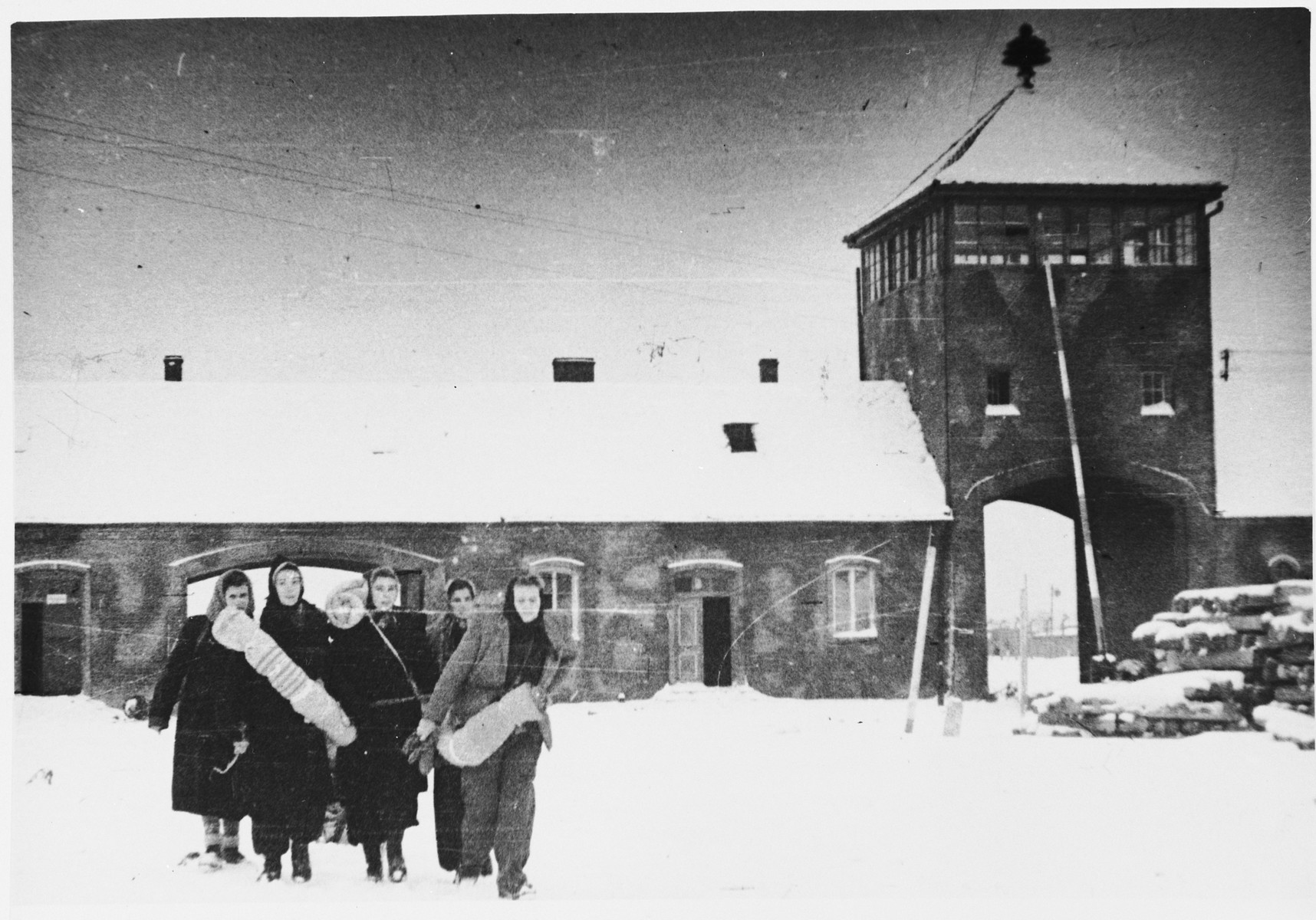 A group of female survivors of Auschwitz-Birkenau trudge through the snow through as they depart from the camp through the main gate.

Original caption: "A group of Frenchwomen on their way to freedom. They have already shed their prison uniforms and put on clothes taken from burning magazines. Main gate is on the right."

Czech survivor Lenke Leibowitz has been identified in the group standing second from right.