False identification papers used by Salomon Levy while living in hiding in Athens during the German occupation. 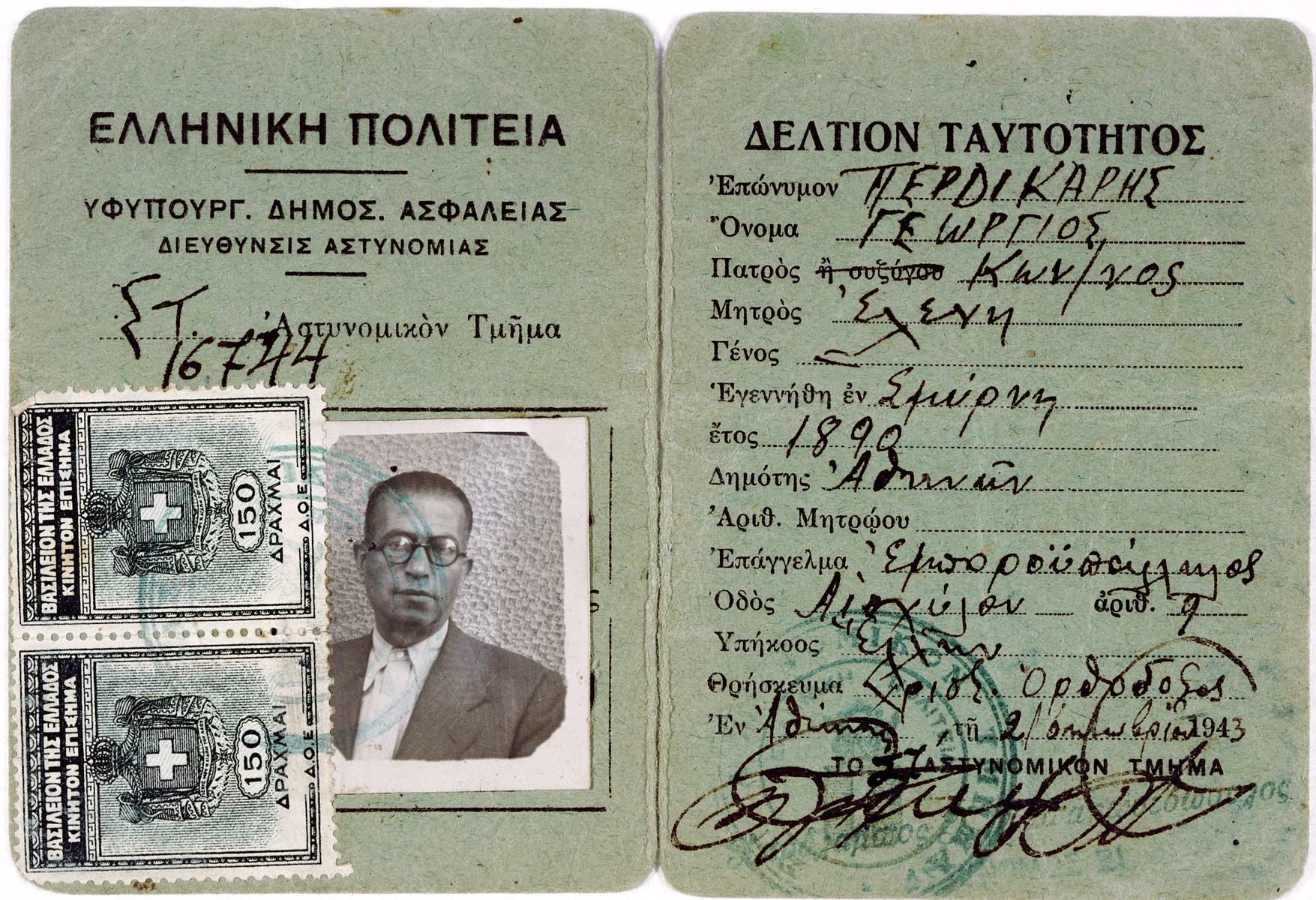 False identification papers used by Salomon Levy while living in hiding in Athens during the German occupation.

The card was issued in the name of George Perdikaris, identified as a member of the Greek Orthodox church who was born in Smirna, Turkey.