Group portrait of the Ovici family, a family of Jewish dwarf entertainers who survived Auschwitz, in a performance of the Liliputan Jazz Concert. 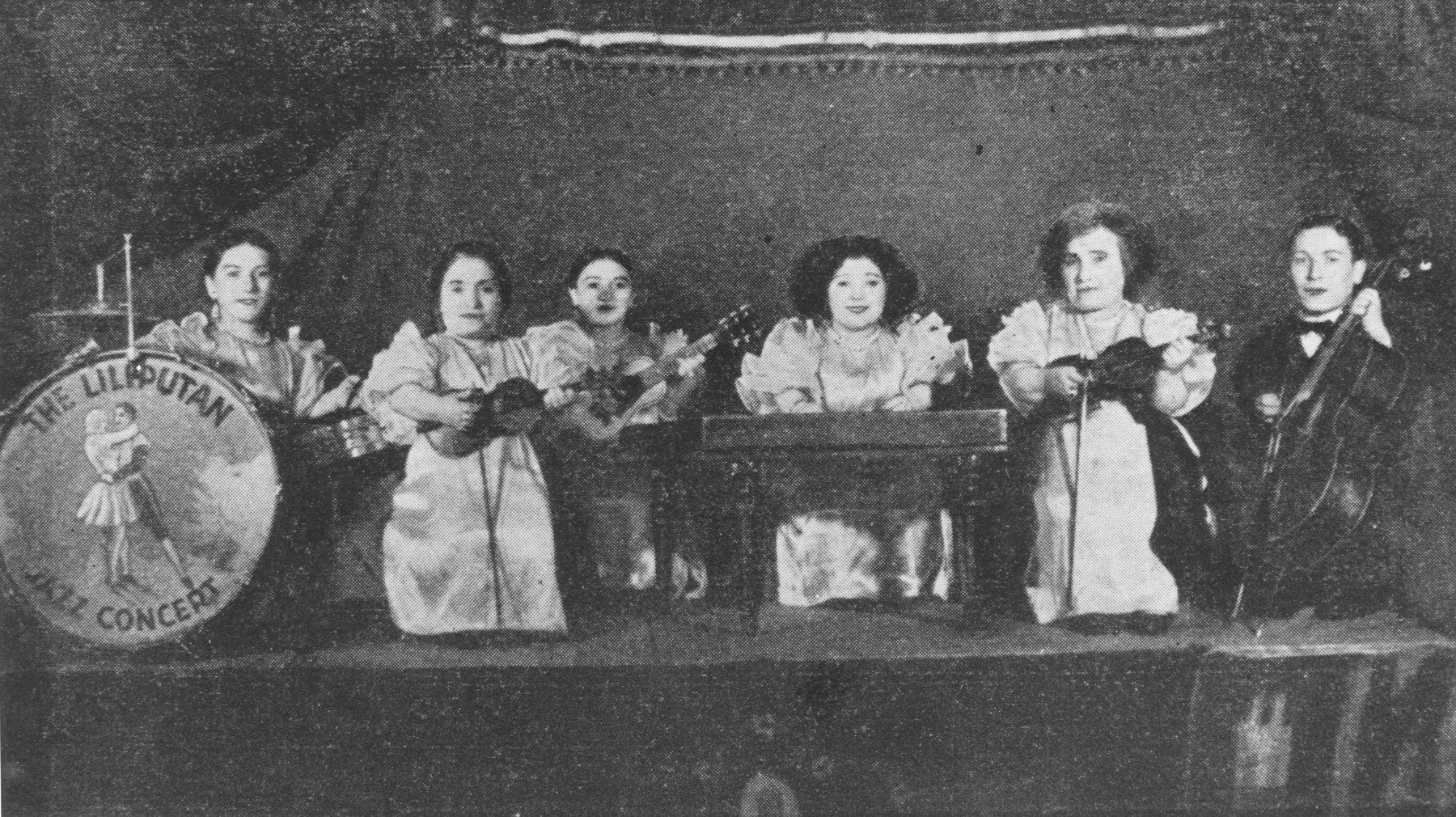 Group portrait of the Ovici family, a family of Jewish dwarf entertainers who survived Auschwitz, in a performance of the Liliputan Jazz Concert.

Biography
The Ovici (Ovitz) family was the largest family of dwarves ever recorded. They were also the largest family to enter Auschwitz and to survive intact -- twelve members ranging from a 15-month old baby to a 58 year-old woman. They came from the northern Transylvania town of Rozavlea, near Sighet. The head of the family, Shimshon Eizik Ovici, was a dwarf, born in 1868. He worked as a badchan (an entertainer) at weddings and later became an itinerant rabbi in the region of Maramures. He married an average-size woman, Blanca, who gave birth to two dwarf children, Rozika and Francesca, before dying at the age of 26. Shimshon Eizik soon married Batia, an average-size woman, who gave birth to eight more children, of whom five were dwarves: Avram, Frieda, Micki, Elizabeth and Perla and three who were of average height: Arie, Sarah and Leah. Shimshon died in 1923 and his son Avram replaced him in his career as a badchan. The Ovici's type of dwarfism -- pseudoachondroplasia, prevented them from doing any physical labour, and their height was only approximately three feet. Their mother, Batia, exhorted her children to cultivate a common skill, so they could earn their living together with no need to rely on the kindness of strangers and avoid ostracism or isolation. They therefore established their own musical ensemble, named the Lilliput Troupe. Playing on child-sized instruments, they performed a mix of music and comedy routines throughout Czechoslovakia, Hungary and Romania. While the seven dwarves performed, the average-size members of the family helped back-stage. In 1940, when Hungary took over northern Transylvania and implemented racial laws, the Ovicis managed to obtain identification papers with no mention of their religion and thereby continue in their career until March 1944. Following the German occupation of Hungary in the spring of 1944, the Ovicis were deported to Auschwitz. Twelve members of the family arrived at the camp on May 12, where they were subjected to medical experiments by Dr. Joseph Mengele. Ironically, Mengele's perverse interest in the Ovicis and his mistreatment of them allowed all of the siblings to survive Auschwitz. After the liberation of the concentration camp in January 1945, the Ovici family was taken to the Soviet Union; they returned to their village in August 1945. They later moved to Antwerp, and in May 1949 they immigrated to Israel. After settling in Haifa, they revived their troupe and continued to perform until their retirement in 1955.