Staff and children pose in a large circle on the grounds of the Nahum Aronson children's home in Les Andelys, France. 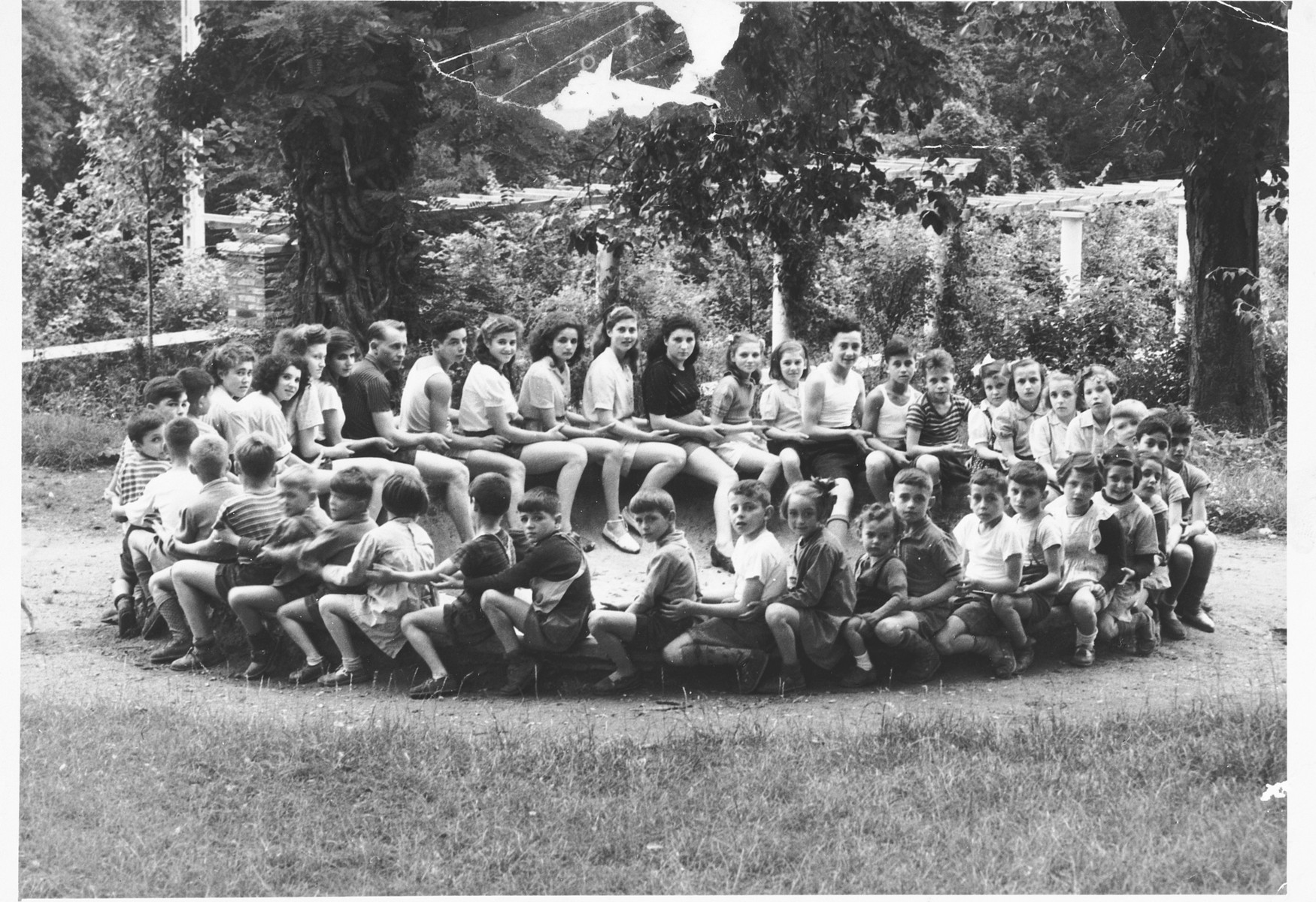 Staff and children pose in a large circle on the grounds of the Nahum Aronson children's home in Les Andelys, France.

Biography
Moishe (now Moszek) Szulim Brycman is the son of Rabbi Abraham Leib and Hanna Feigele Brycman (nee Schneiderman). Moishe was born on January 16, 1909 in Kirov Poland, near Lublin. His father taught Yiddish and Talmud and his mother sold groceries and kitchen utensils. Moishe had two sisters, Minda and Malka, and two brothers, Haim (now Edelhertz) and Simcha. In 1923, Moishe moved to Warsaw where he was active in Zionist youth movements and was an acquaintance of Emanuel Ringelblum. In 1931 he immigrated to Paris, and the following year he married Marie Edelszein. Moishe continued his involvement in Zionist youth movements and belonged to Poale Zion. In June 1940, following the German invasion of France, Moishe fled from Paris to Poitiers by foot, traveling from Orleans to Bayonne and passing through Bordeaux. In Pau he became active in the Zionist resistance. Working under the codename Bremond, he helped manufacture false papers, bring children and adults to safety in Spain and establish contact with other resistance groups in the Pyrenees. Though Moishe had working papers and was relatively safe in Pau, in April 1943 the resistance asked him to move to Grenoble. He stayed in Grenoble from May 1, 1943 to September 1944 where he served as treasurer of the Committee for the Defense of the Jews and helped bring children safely over the border into Switzerland. He also published an underground newspaper and flysheets appealing to the French to resist deportation orders. Moishe was liberated by the Americans in Grenoble in August 1944 at the age of 35. After liberation he returned to Paris and worked with Jewish children in a home in Les Andelys. Though Moishe and his wife Marie survived the Holocaust, both of his parents as well as three of his siblings perished. Only Haim survived.