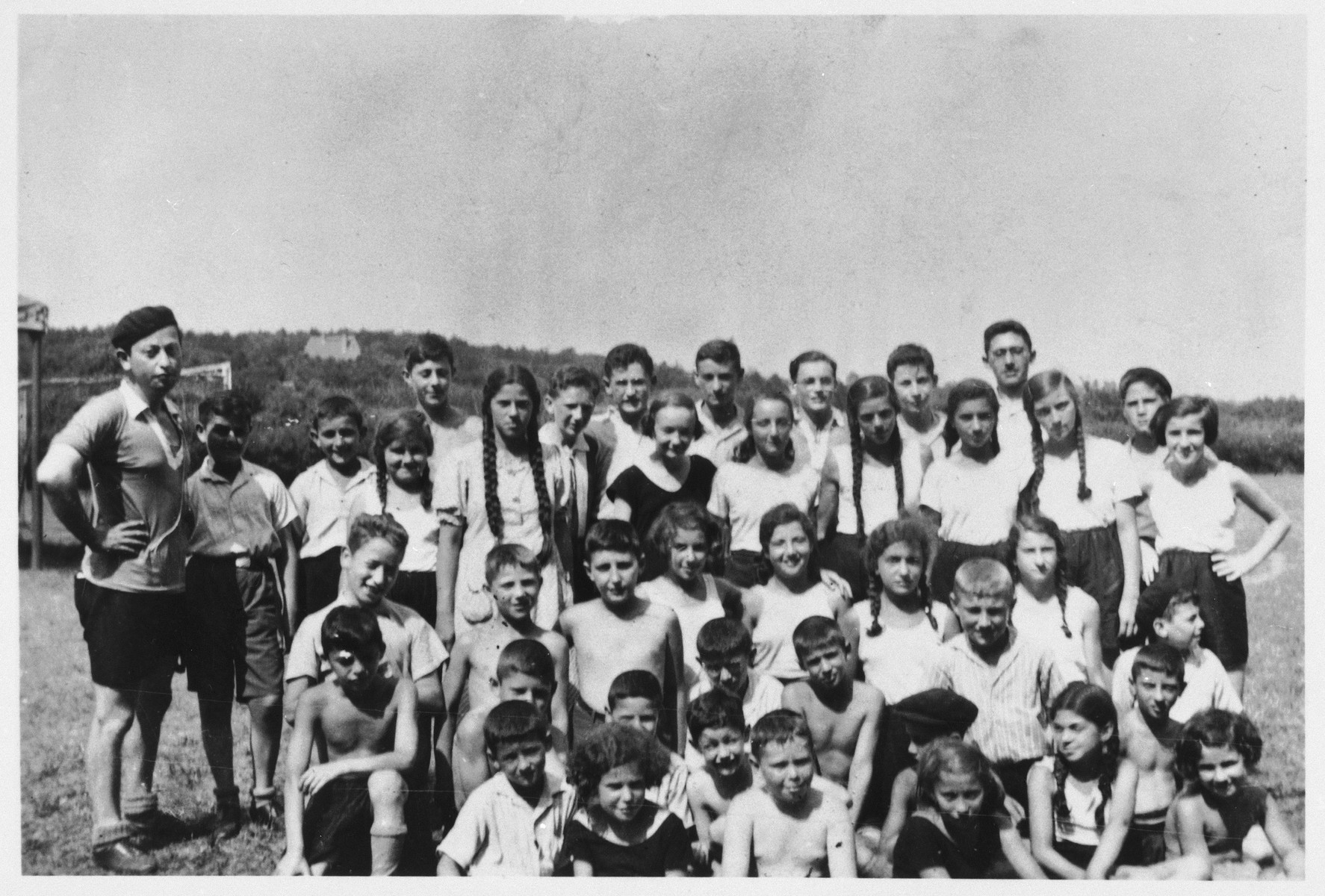 Biography
Heinz (now Henry) Schuster is the son of Abraham Schuster and Teresa (Rosa) Schuster nee Steinfeld. He was born on March 18, 1926 in a small village, Sterbfritz, in Hesse Germany. The family was religiously observant, and his father owned a grocery store on the ground floor of the family's home. Heinz had two sisters Bertl (Betty) and Margot. Abraham died in 1935 from a stroke because the local doctor was not allowed to care for a Jew. In the previous year Abraham had been forced to sell his store to a German. The sale was conducted in a friendly manner; however, after Abraham's death, the German forced Teresa and the children to move to an attic apartment and stopped making payments. The new German owner then hung a sign on the stairs leading to the apartment saying Jews were prohibited from using the stairwell. Infuriated, Rose changed the wording on the sign so that it read "Jeden" instead of "Juden" meaning that anyone was prohibited from using the stairwell. The German complained to the police who came to Heinz's school and arrested him in front of his classmates. They brought him to the local jail and demanded that he tell them who had defaced the sign. Heinz refused to say anything, so he was kept in the cell for most of the day cell until his uncle arranged for his release. The following day, Heinz left town with his uncle. From 1936-1939 Heinz lived in a Jewish orphanage in Frankfurt run by the Rothschild family, the Judische Weisenhaus Kinderheim. On the night of Kristallnacht in November 1938, the SA entered the orphanage and abused the caretaker. They removed the torah scrolls from the home's synagogue and destroyed them. There were older men hiding in the home. One was caught and tortured in front of the older boys. Afterwards, eleven children, including Heinz, were sent from Frankfurt on a Kindertransport to France. Heinz first stayed in an orthodox boarding school, the Ecole Maimonides, and later in Eaubonne, an orthodox OSE home. After the Nazi invasion of Paris the children were transferred to Montintin. Heinz was able to write to his mother, who was now working as the director of the Jewish old age home in Frankfurt, through a third-party in Switzerland. In June 1941 Heinz was selected to join a children's transport to the United States under the auspices of the Quakers and the JDC. He traveled via Spain to Portugal where he boarded the Mouzinho, and arrived in New York in June 1941. Heinz was one of the One Thousand Children. This is the recent name given to the group of Holocaust child survivors who fled from Hitler's threat without their parents and traveled directly to the United States.

He then went to live with his father's cousin, Sam Schuster, in Shreveport Louisiana. Heinz managed to continue to correspond with his mother until 1942. Even after communication ceased, Heinz was not seriously worried since thought that only men would be sent to concentration camps. After graduating high school in 1944, Heinz enlisted in the US Army Air Corps and prepared for deployment to Asia. Before he was shipped out, the war in Europe ended, and Heinz received word that his sister Bertel had been liberated from Bergen-Belsen. He also discovered that his mother and Margot had been killed in Estonia in 1942. Henry successfully petitioned to be sent to Europe instead of the Philippines so he could reunite with his sister Bertel. Heinz returned to Germany as a non-commissioned officer and served as an interrogator at an SS prisoner-of-war camp. He also returned with two army buddies to Sterbfritz and confronted the owner of his parent's home. After his discharge from the army in 1946, he and Bertel reunited in New York.