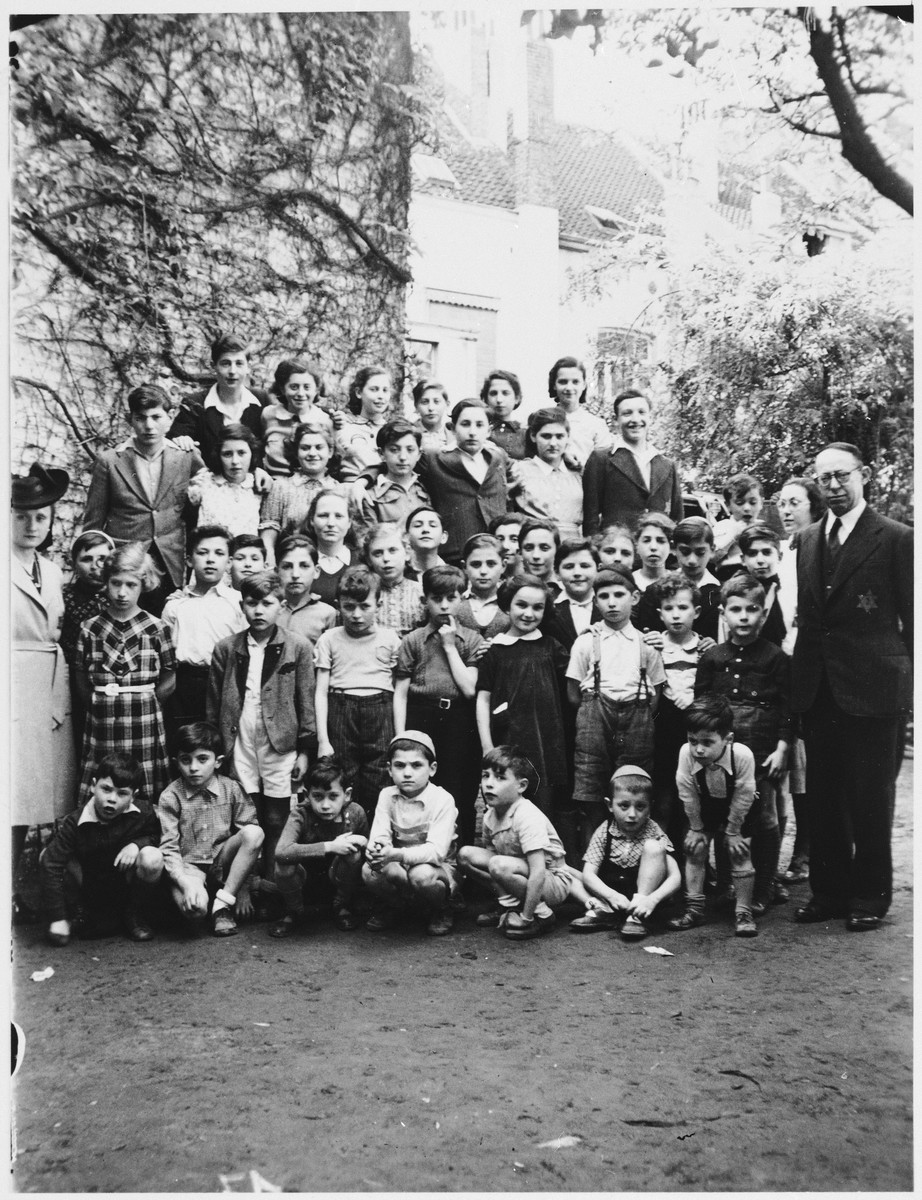 Jonas Tiefenbrunner is standing on the far right. Rachel Sczygelska is in the second row from the top, second from the right in the white dress.