Group portrait of the children and staff of the Mariaburg DP children's home near Antwerp. 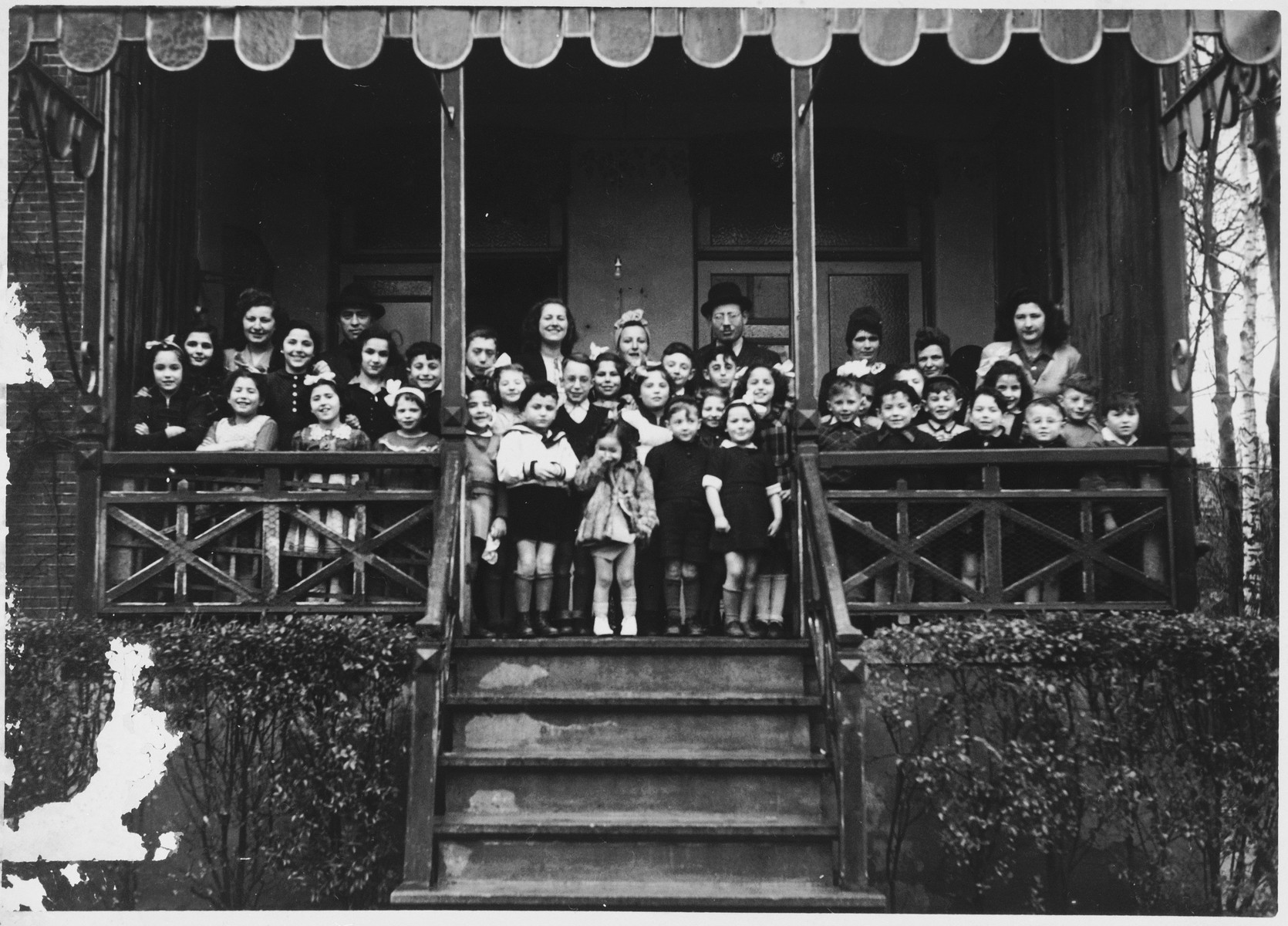 Group portrait of the children and staff of the Mariaburg DP children's home near Antwerp.

Among those pictured are Jonas and Ruth Tiefenbrunner. To their left is another teacher, Miriam Zupnick. In front is their daughter Jannette.