Hans Biebow, the German head of the Lodz ghetto administration, at his birthday celebration. 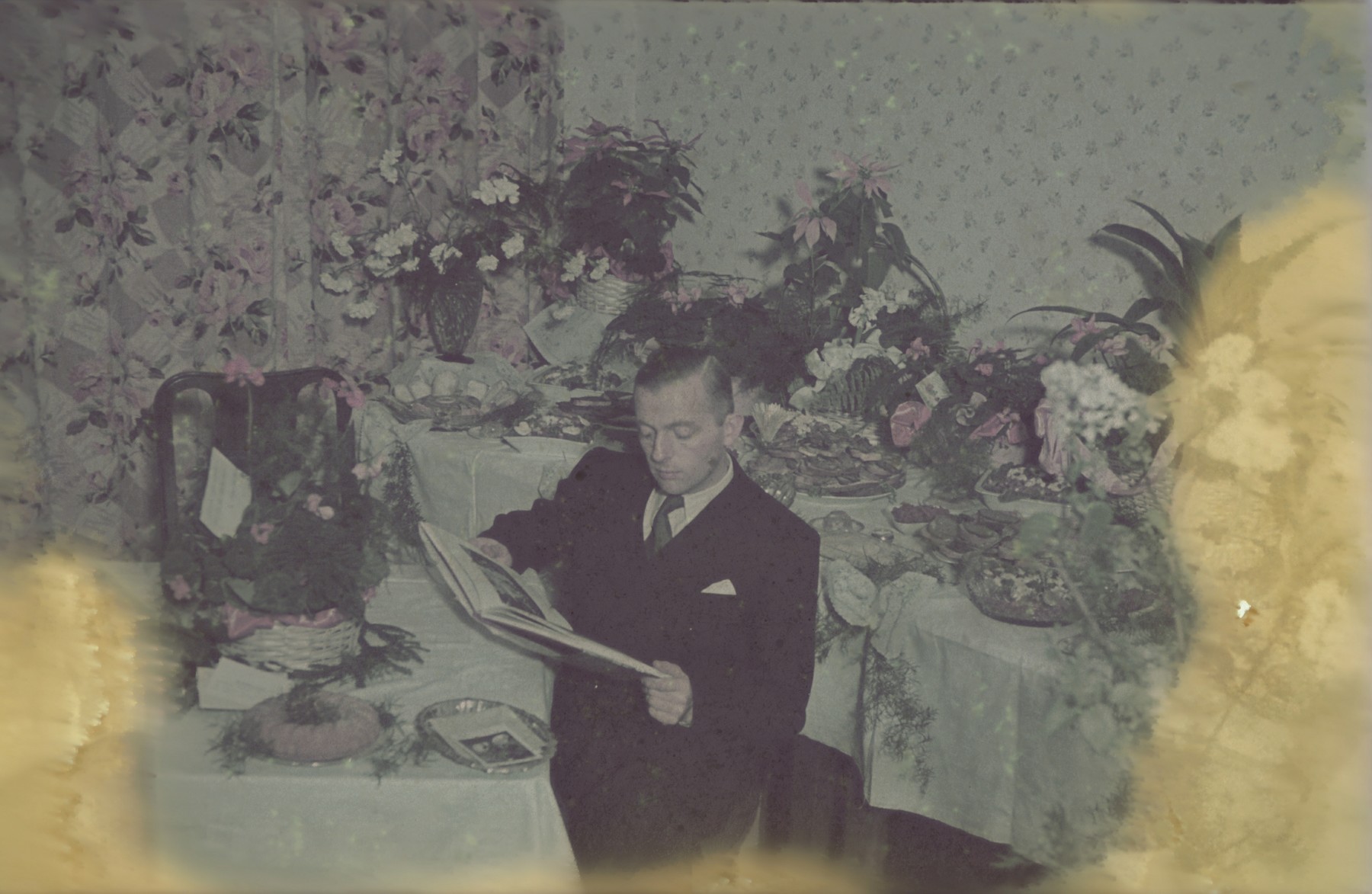 Hans Biebow, the German head of the Lodz ghetto administration, at his birthday celebration.

Biography
Hans Biebow (1902-1947) was put in charge of food and economic office of the Lodz ghetto in May 1940. In October 1940 it was redesigned into "ghetto administration". Biebow enjoyed wide powers in the administration of the ghetto. He extracted profits from slave labor and confiscated Jewish personal property. Hans Biebow was one of the officials who organized the transports to the Chelmno death camp from December 1941 till the end of 1942. He made sure that the ghetto administration, which employed 250 Germans, stayed in his hands and was not passed to the SS, in order to maintain high profits. In the summer of 1944 Biebow participated actively in the liquidation of the Lodz ghetto, and later supervised the removal of all the possessions from the ghetto to Germany. After the war he was tried by a Polish court in Lodz, sentenced to death and executed in 1947.