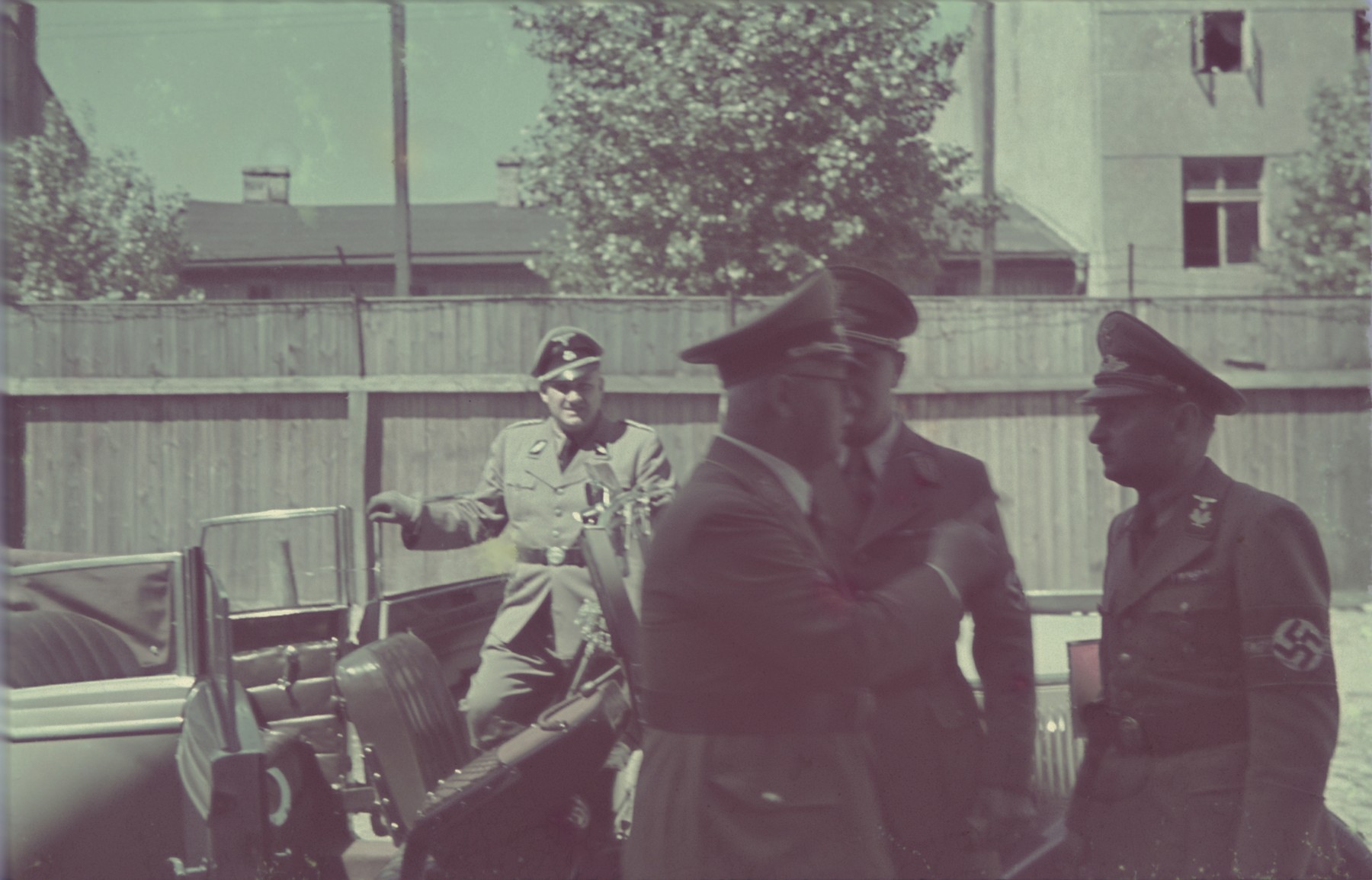 [Source: Wistrich, Robert. "Who's Who in Nazi Germany." Routledge, 1995.]
Walter Genewein (5/4/1901-1974) was born in Austria. He joined the Nazi Party in 1933 and was given the post of head of the Lodz ghetto economy serving under Hans Biebow. Genewein was also an avid amateur photographer who took color slides of the ghetto and the surrounding area.