Oscar and Emile Wasyng sit on a haystack at the farm where they had hid during the war. 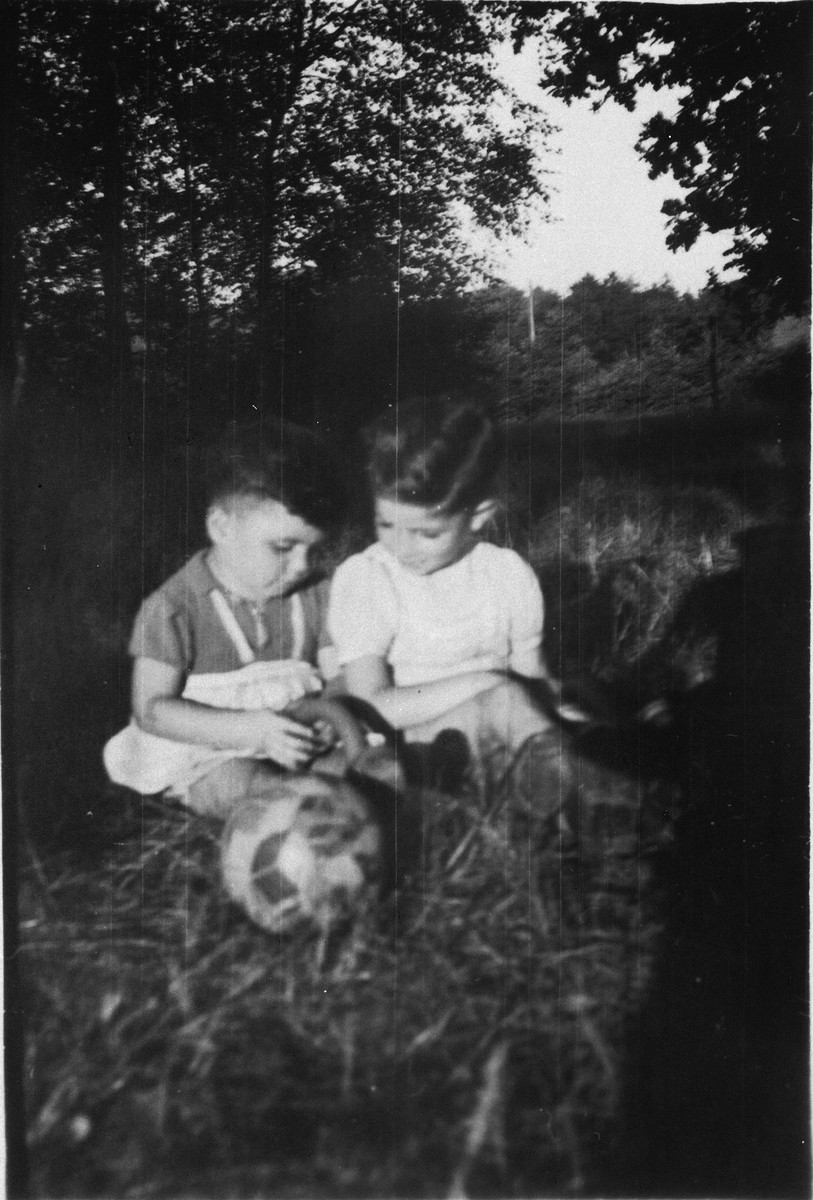 Oscar and Emile Wasyng sit on a haystack at the farm where they had hid during the war.

Biography
Oscar Wasyng is the son of David Leib Wasyng and Caroline (Leah) Wasyng nee Steinbach. He was born in Antwerp on October 3, 1941. His father was born in Warsaw and worked as a notary and a diamond cutter. His mother was born in Sighet and worked as a seamstress. The family was modern Orthodox and Revisionist Zionist. At the end of September 1941, David was picked up on the streets of Antwerp for curfew violations and taken to Breendock. He was kept for four weeks causing him to miss the brit milah of his first-born. After his release, David and Caroline moved to Brussels where they became active in the resistance. On April 2, 1943, Caroline gave birth to a second son, Emile. After his birth, Caroline left both boys in the hospital while she went out to contact the resistance. When she came back, her children were missing. The Germans had taken them to an official Jewish children's home organized by the AJB (Association des Juifs en Belgique). Caroline did not have the authority to release her children on her own, so she asked the homes' doctor to certify that her children had died of typhus. Once their names had been removed from the roster, she was able to take them out. David and Caroline went to the Ardennes Mountains where they hid under the protection of two Christian families who were members of the resistance. At end of 1943, David was arrested during a round-up of the local resistance headquarters. He was deported in January 1944 along with David's grandmother and two uncles. They were taken to Auschwitz where they were murdered. Caroline and her sons remained in the Ardennes until liberation. She supported herself working as a seamstress right next to the regional German governor. After the war, the Belgian government decorated her for her contributions to the resistance. She later remarried, and the family moved to Israel in 1964.