The Hubert family poses in the fruit orchard of their home. 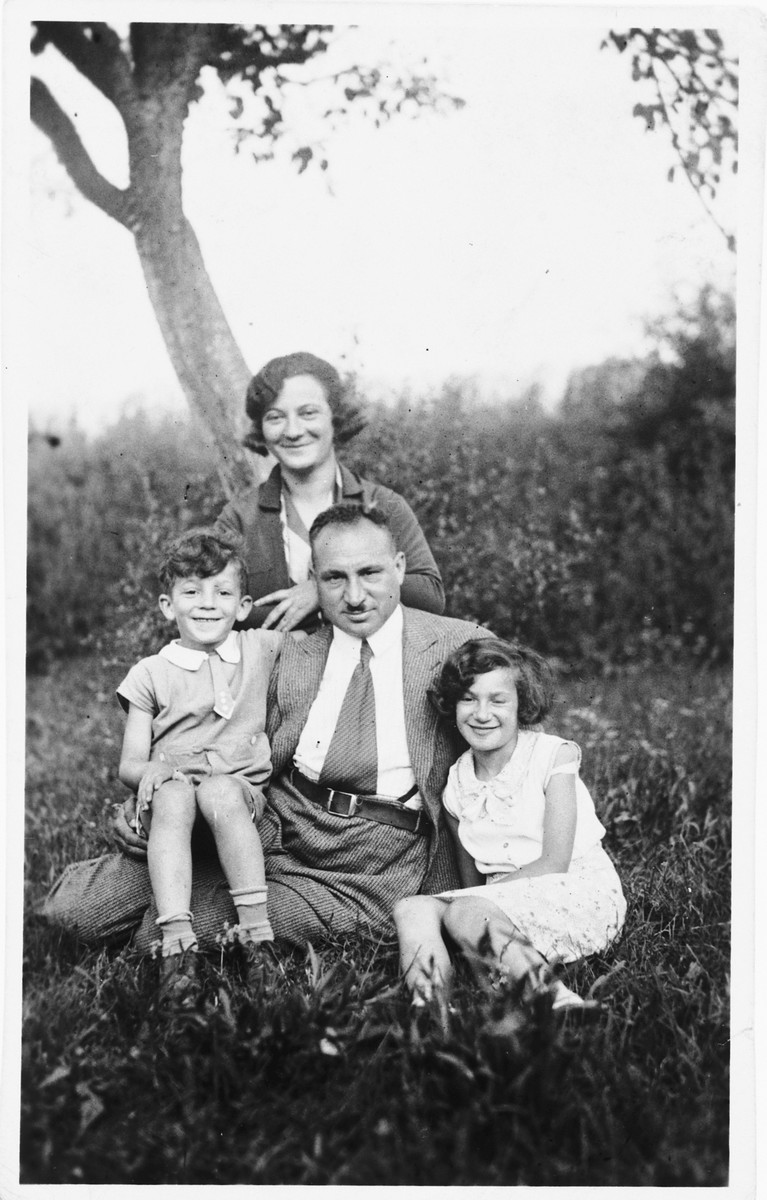 The Hubert family poses in the fruit orchard of their home.

Biography
Selmar Hubert is the son of Leo Hubert and Hedwig Schuelen Hubert. He was born on January 23, 1926 in Cronheim Germany where his father was a salesman. His older sister Emma Hubert (now Mogilensky) was born on May 22, 1923. On the night of Kristallnacht, Nazis broke into their home, destroying their furniture and arresting Leo. Leo was sent to Dachau and incarcerated there for five weeks. After his release, the family moved to Ausgsberg. In May 1939 Emma went on a Kindertransport to England. Just turning sixteen, she was one of the oldest children on the transport. A few months later, the family arranged for Selmar to join her there. That July, Selmar said good-bye to his mother in Augsberg and went to the Munich railway station with his father. Selmar's transport stopped in Holland and then proceeded to Harwich, England. Emma and her guardian Mrs. King met him at the Liverpool station. Selmar stayed with Mr. and Mrs. J. Stacey in Dunmow, Essex from August 1939 to April 1942. Afterwards he lived in a youth hostel in Cambridge for the next three years. Selmar's parents remained in Augsburg Germany. On November 15, 1941 they were deported in to Kovno, where they were killed on November 25, 1941 in the Ninth Fort. In January 1945, Selmar immigrated to the United States by way of Halifax.