Jewish DPs wait at an assembly point with their luggage to board the Marine Perch to sail to America. 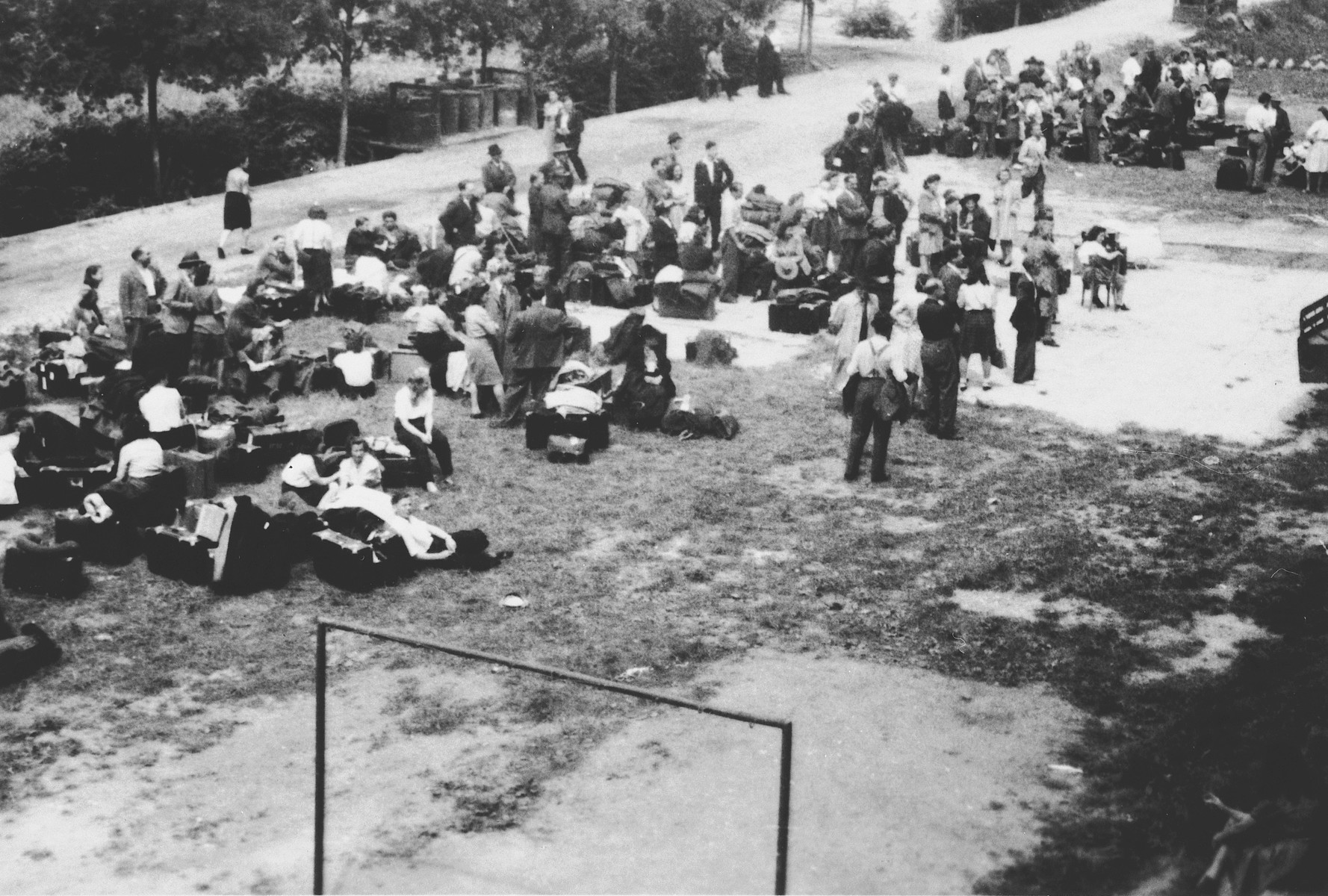 Jewish DPs wait at an assembly point with their luggage to board the Marine Perch to sail to America.

Shmuel Shalkovsky was appointed by the JDC as an escort for the passage.