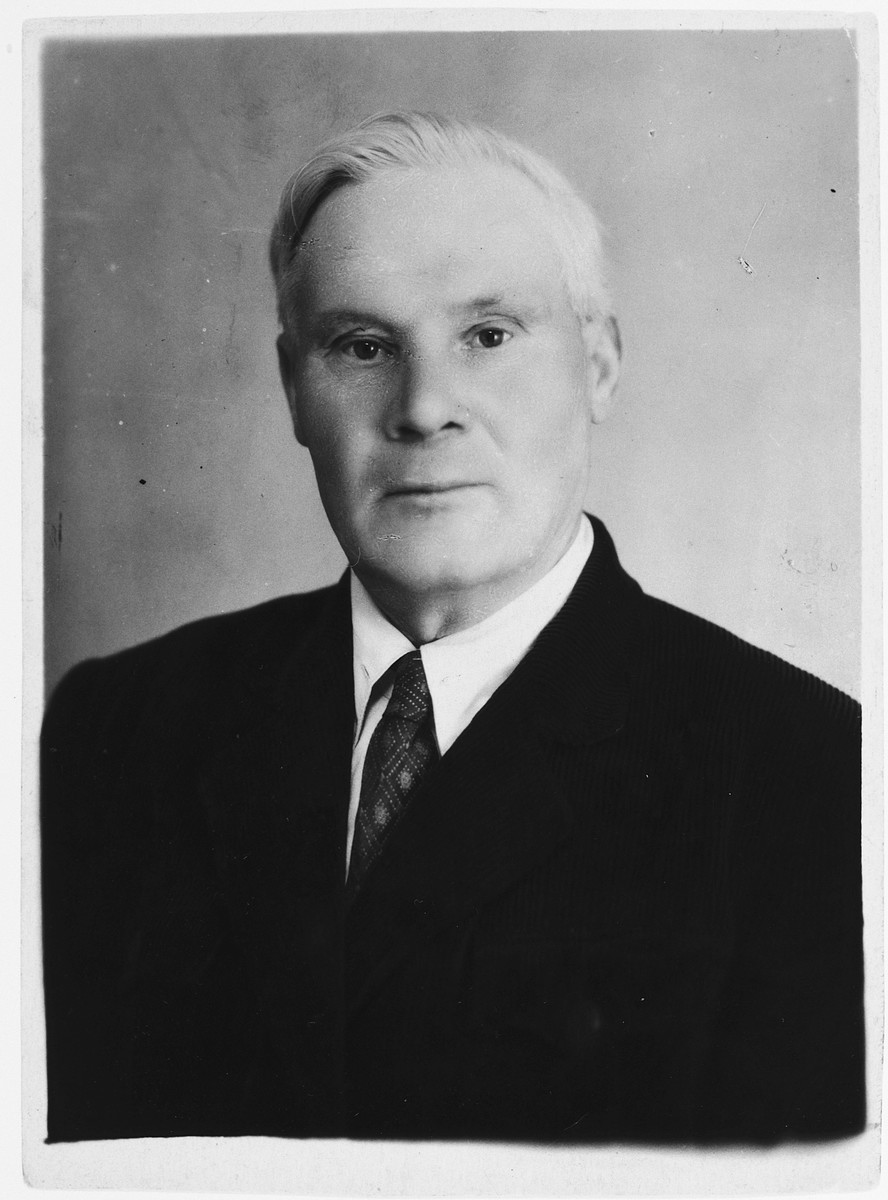 He was a landowner from Nowogrodek who knew both the Dzienciolski and Bielski families before the war. During the war he helped hide the women before they could safely go to the forest and continued to assist members of the Bielski group while they were in the forest.