Jewish DP children pose in and around the window of the Kibbutz Ilaniah children's home in Apeldoorn. 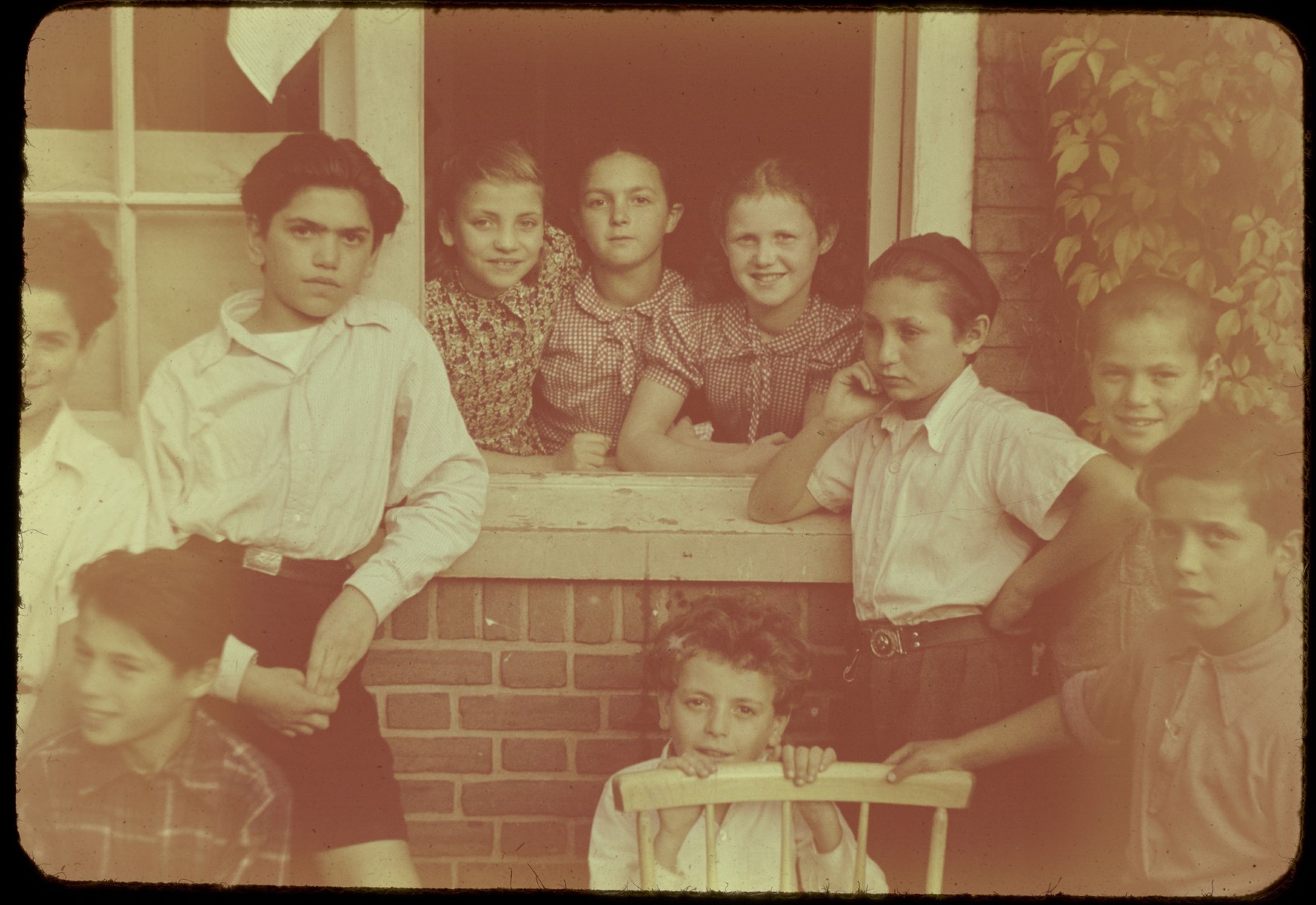 Jewish DP children pose in and around the window of the Kibbutz Ilaniah children's home in Apeldoorn.

Event History
Kibbutz Ilaniah was an ORT supported Zionist children's home in Apeldoorn, The Netherlands. It was built on the site of a former mental asylum. 500 Romanian Jewish children lived in the home where they learned carpentry and sewing in preparation for their immigration to Palestine.
Biography
David Rosenstein, the donor's father, was born in New York on July 18, 1895, and graduated from City College in 1916. David Rosenstein became the president of the Ideal Toy Corporation in 1939 and was involved in a host of Jewish communal activities. He used his position as a corporate executive to find employment for Jewish refugees fleeing Nazi-occupied Europe, and after the war he became increasingly active in ORT, the organization responsible for providing vocational training for Jewish displaced persons. He served as a member of the board of directors of the American ORT Federation and the World ORT Union. He also served as president of the National Federation of Settlements and Neighborhood Centers and was president of the National Association of Doll Manufacturers. During the late 1940s and early 1950s he toured the ORT schools in Europe and Israel including the Ilaniah children's village in Appledorn, Holland and the DP camps in Germany. After his return from an inspection tour of the Foehrenwald DP camp in 1953, he briefed Congress on the plight of the remaining Jewish DPs in Europe and their inability to find permanent homes, 9 years after the end of the war.