Group portrait of Jewish women standing outside the ORT school in the Feldafing displaced persons camp. 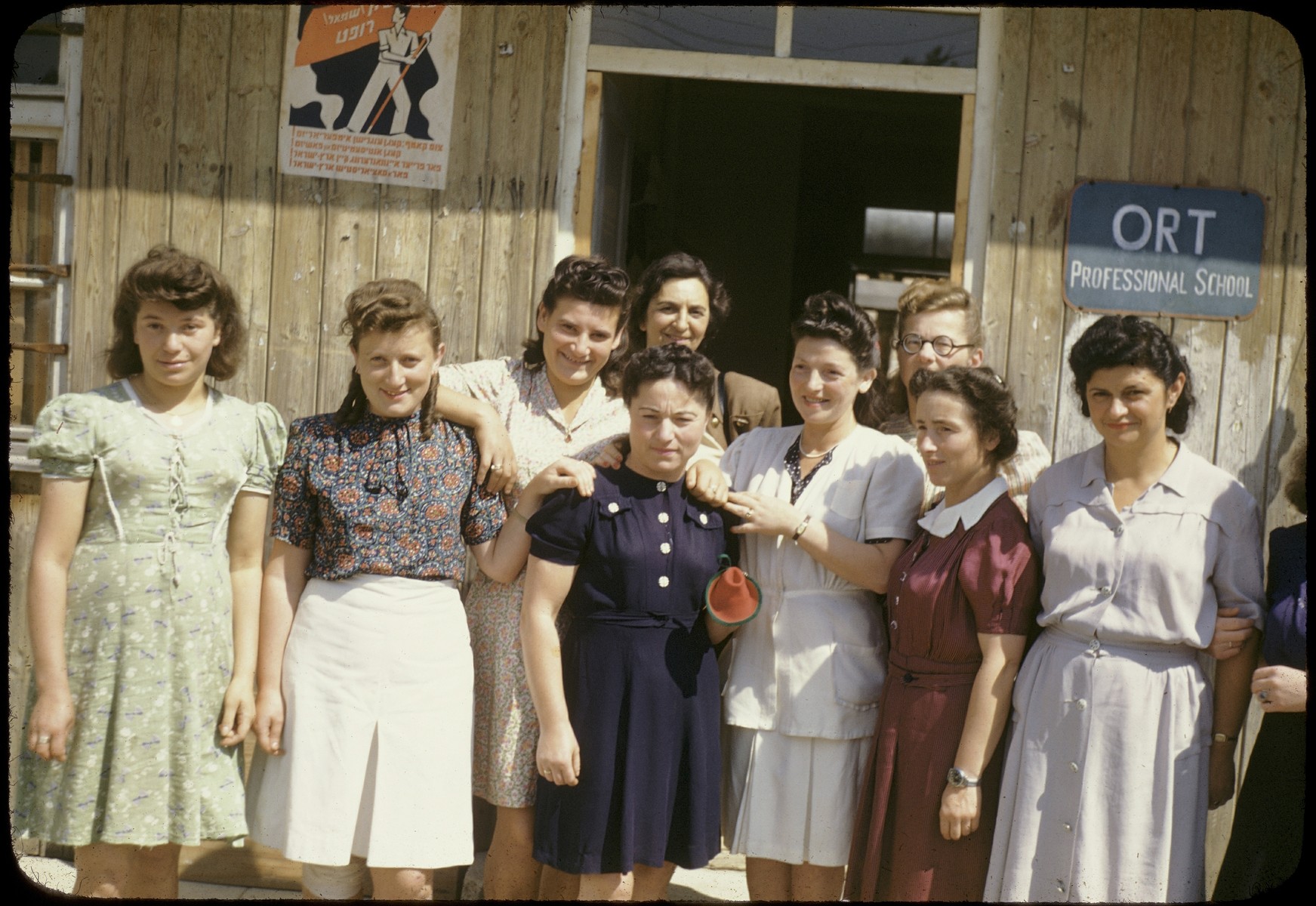 Group portrait of Jewish women standing outside the ORT school in the Feldafing displaced persons camp.

Among those pictured is Judit Ginsburg (first woman on the right).