Felicja Klopholcz and a friend visit the beach. 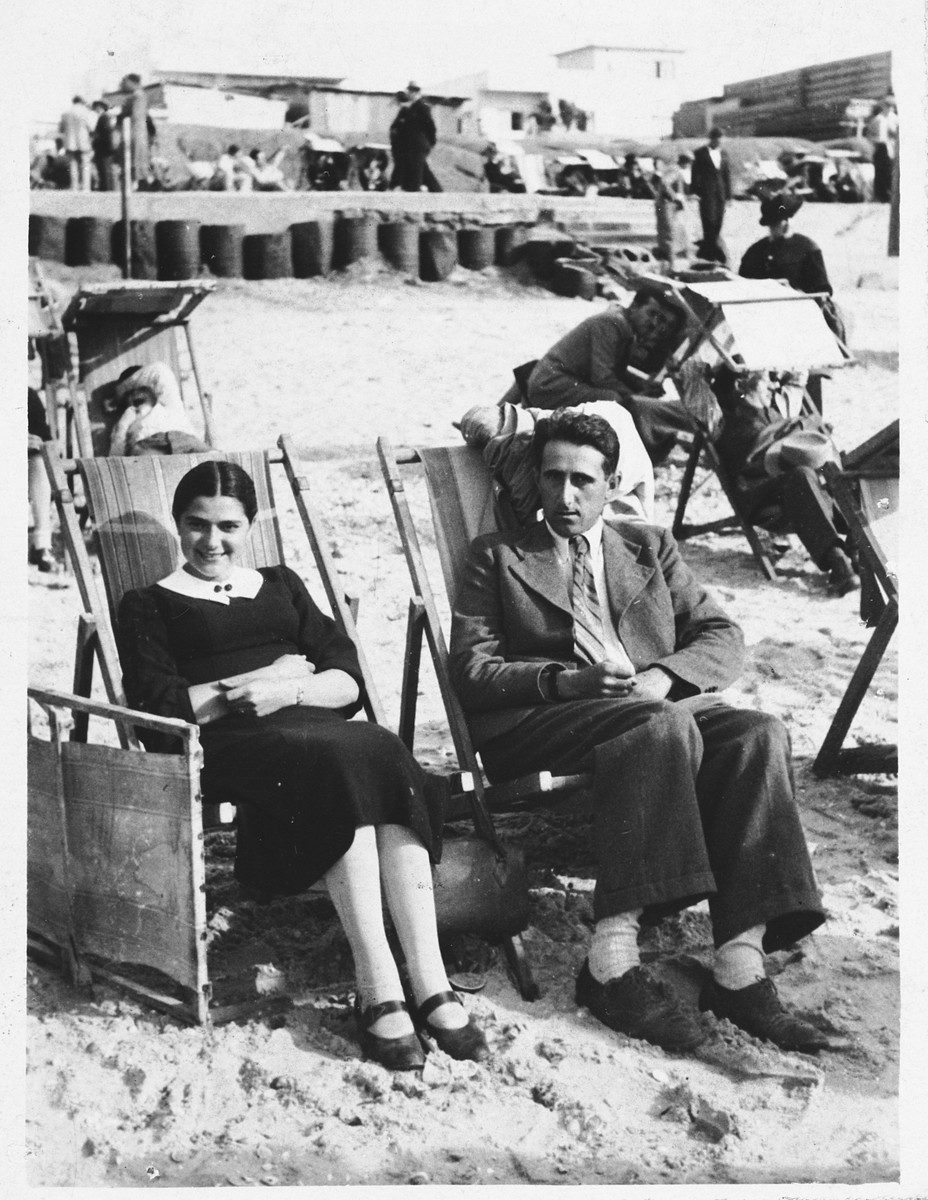 Felicja Klopholcz and a friend visit the beach.

This photograph was part of an album that was saved and retrieved in the following manner. After the war, Felicja was standing on a street corner in Krakow waiting for a bus. A total stranger approached her and told her that she recognized her from her photographs. The Polish woman had moved into the Klopholcz's apartment and found Felicja's photo album and autograph book from school. The Polish woman had saved the two albums and after bumping into Felicja by pure chance, she returned the books to her.

Biography
Ruth Pleszowski is the daughter-in-law of Felicja (later Felicia) Klopholcz Pleszowski and Jezhik (later Jerry) Pleszowski. Before the war, Jeshik worked in Krakow as a prosperous custom tailor with an international clientel. He was married and had a daughter. He and his family were deported. He survived and returned to Krakow, but his wife and daughter perished. Felicja Klopholcz was born circa 1914 and grew up outside of Krakow in Podgorica. Her father owned a news stand, and she had one brother who was killed during the early days of the war while fighting in the Polish army. She too was deported to Auschwitz, survived and returned to Krakow.

Shortly after returning to Krakow, Felicja met a stranger on a street in Krakow who told her that he recognized her from her photographs. The Polish woman had moved into the Klopholcz's apartment and had discovered their prewar pictures which she preserved. She then returned the photo album to Felicja.

Felicja also met survivor Jezhik Pleszowski after the war. They married and their one son, Adam, was born in Krakow. In either 1949 or 1950 the family left Krakow for Israel and lived there for seven years before immigrating to the United States.