Document stating that Alfred Büchler is free to emigrate and does not owe any back taxes. 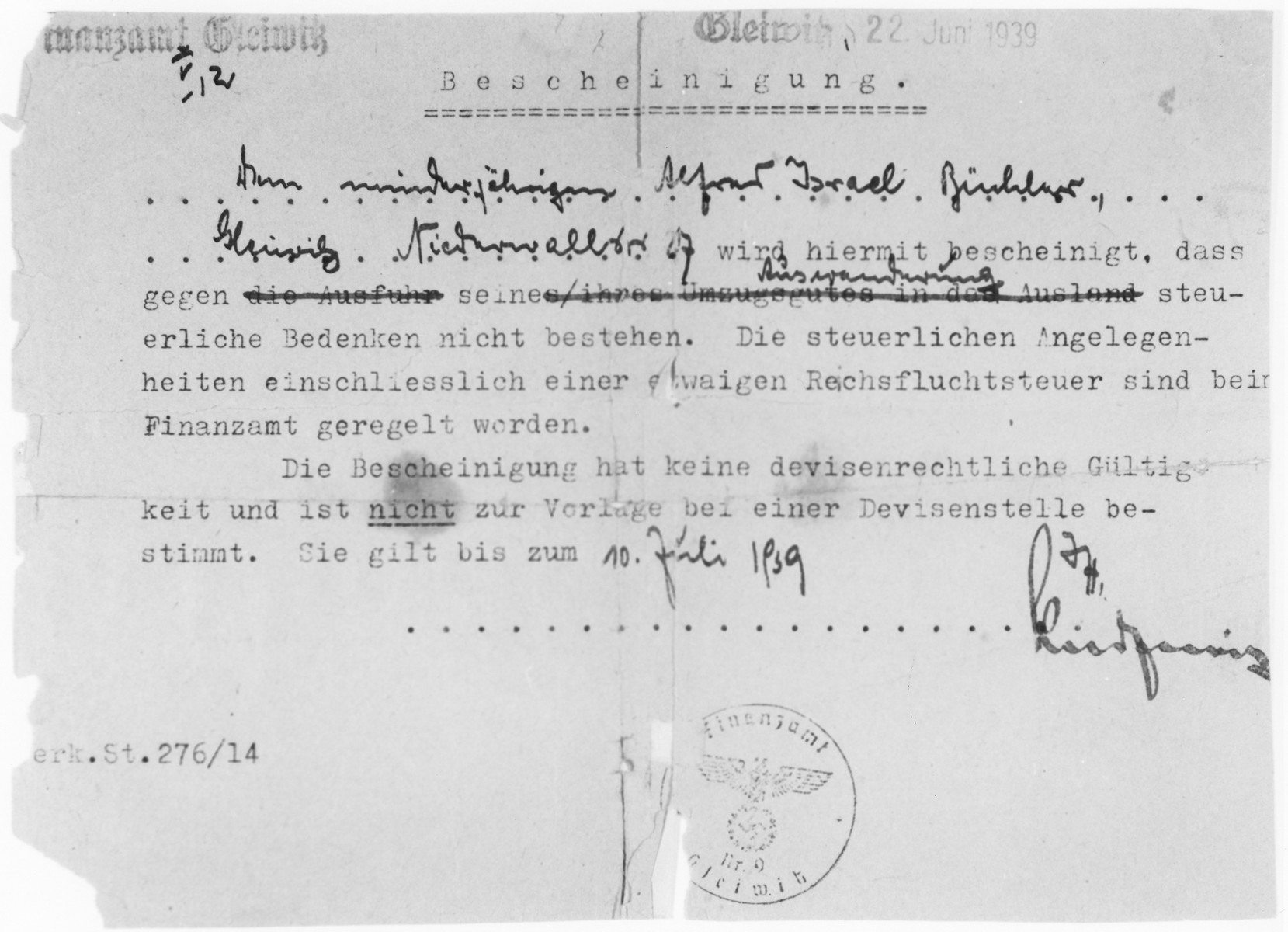 Document stating that Alfred Büchler is free to emigrate and does not owe any back taxes.

Biography
Alfred Büchler is the son of Jacques Büchler (b. 8/11/1880) and Käthe Brauer Büchler. He was born on July 13, 1925 in Gleiwitz, Germany where his father was a wine merchant. Alfred has an older brother, Heinrich Henry Büchler and a sister, Steffi. On November 9, 1938 Jacques Büchler was arrested in Gleiwitz and imprisoned in Buchenwald. Alfred's brother, Henry, was away at a Zionist training Hachshara camp in Elgut. On November 11, 1938 Henry and all the other youth were arrested and imprisoned in Buchenwald as well. Since Henry had an entry visa to the UK, he was released from Buchenwald on December 10, 1938. Steffi left Germany some time before. She first went to Switzerland and then to England. Alfred was chosen to go to England on the Kindertransport probably because he had two siblings there. Alfred's mother accompanied him to Berlin and from there he traveled with some 200 other children to Hamburg. On June 30, 1939 they boarded USS Washington for England. Alfred arrived at Waterloo Station and met his brother Henry there. Alfred stayed for one month at Barmen House, Ipswich and then got a job as a kitchen helper at the Clopdock House Hotel. He continued his cooking apprenticeship in different hotels and restaurants and became a kosher caterer. His brother Henry became an engineer. Jacques Büchler was imprisoned in 1941 in Gleiwitz. He was transferred to Auschwitz where he died on March 11, 1942. Käthe Büchler also perished.