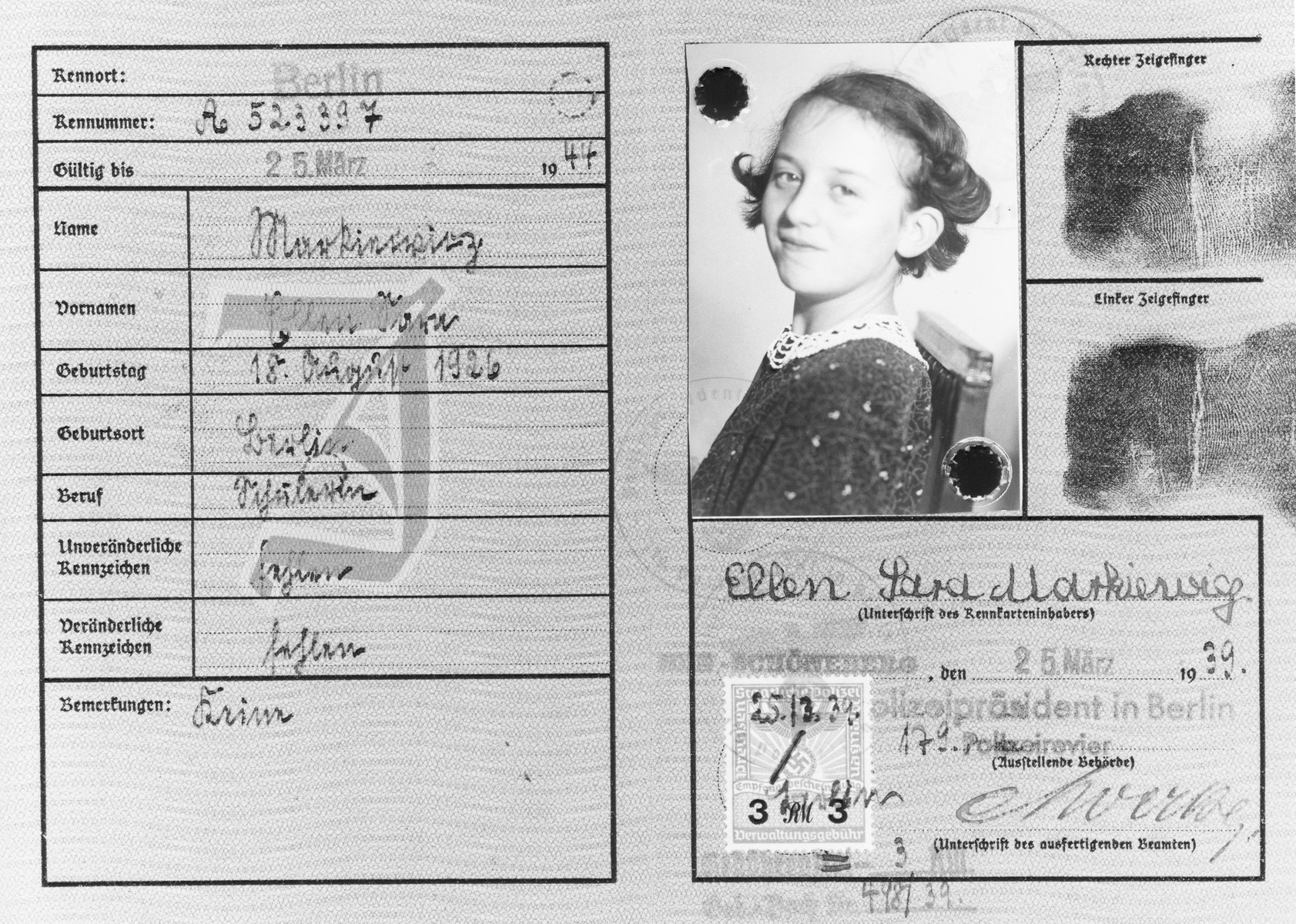 Biography
Ellen Gerber (born Ellen Markiewicz) was born on August 18, 1926 in Berlin, Germany. Her father Max was a businessman, and her mother Lotte Goldstein was a homemaker. Ellen's older brother Lothar was born on September 9, 1924. Their parents divorced when Ellen was a baby. Ellen's aunt and uncle were doctors and had a non-Jewish patient who was actively working to bring Jewish children to Great Britain. He arranged for Ellen and Lothar to joine a Kindertransport. They children traveled to England on April 18, 1939 on an American ship. After their arrival, Ellen and Lothar attended separate schools, and Lothar later was sent to Australia. In 1943 Ellen began a nursing career. She first worked in a convalesant home and later became a registered children's nurse. In 1951 she immigrated to the United States. Her father Max perished in concentration camp, and her mothre Lotte survived the war hiding in Berlin with several families.