Portrait of a German-Jewish family. 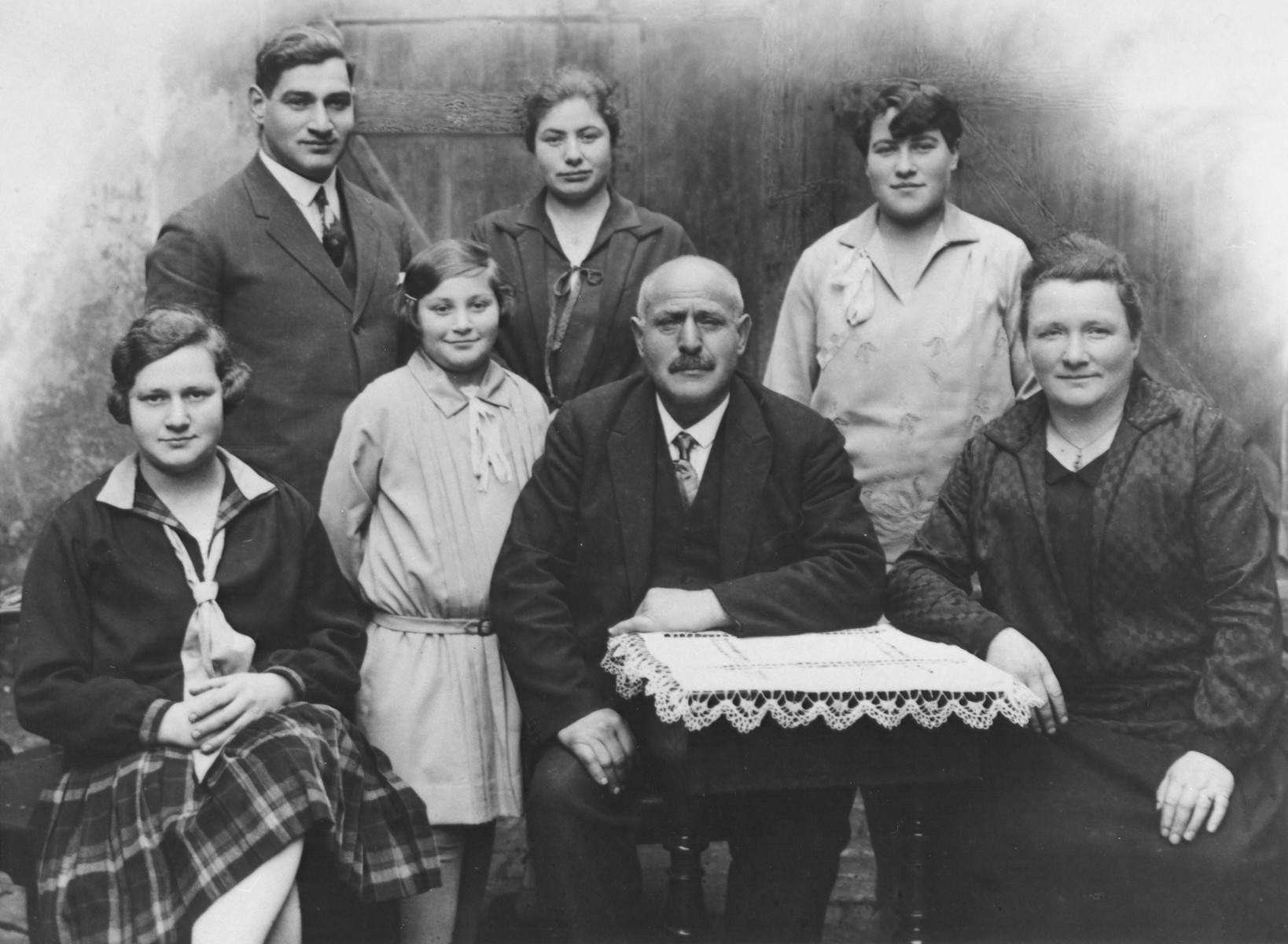 Portrait of a German-Jewish family.

Among those pictured are Rosalie and August Trum with their five children: Else, Ernst, Alice, Rosel and Erna. This is the biological family of Erna Gottschalk, later she was adopted by Gustav and Henriette Gerson.

Biography
Rosalie Trum (Wolff de Trum) was born on August 18, 1878. She was married to August and together they had five children Erna, Ernst, Alice, Else and Rosel.

Alfred Gottschalk is the son of Max Gottschalk (b. October 30, 1898 in Niederzissen) and Erna Gerson Gottschalk (b. February 23, 1906 in Gau/Odernheim). Alfred was born on March 7, 1930 in Koblenz and grew up in Oberwesel, a small town in Germany. His grandparents were Gustav Gerson (b. on December 23, 1865 in Perscheid; d. on November 29, 1940 in Oberwesel) and Henriette Trum Gerson (b. 1869). Together they had three children Bertold (b. 1895) and Alfred (b. 1895), who both passed away in the First World War and Erna Gottschalk, an adopted daughter and mother of Alfred. In 1938 Max Gottschalk was warned that the Gestapo planned to arrest him, but he fleed to Rotterdam via an underground escape route. From there he later reached New York. In August 1939 he managed to bring his wife and son out of Germany to New York as well. Many of Alfred Gottschalk's relatives were murdered, including his grandfather Jakob Gottschalk (b. 1868) Minnah Cahn, his uncle Sally Gottschalk (b. 1901) and his aunt Frieda Gottschalk (b. 1888). In the United States, Alfred Gottschalk was ordained as a Reform rabbi and became a pioneering Judaic scholar and educator. He became president and chancellor of the Hebrew Union College, cofounder of the Holocaust Memorial Museum in Washington D.C. and the Skirball Museum in Los Angeles and president of the Museum of Jewish Heritage in New York. In 1972 he ordained the first female rabbi.