Three Jewish children pose outside in the snow in front of their grandparent's house in Kyustendil, Bulgaria. 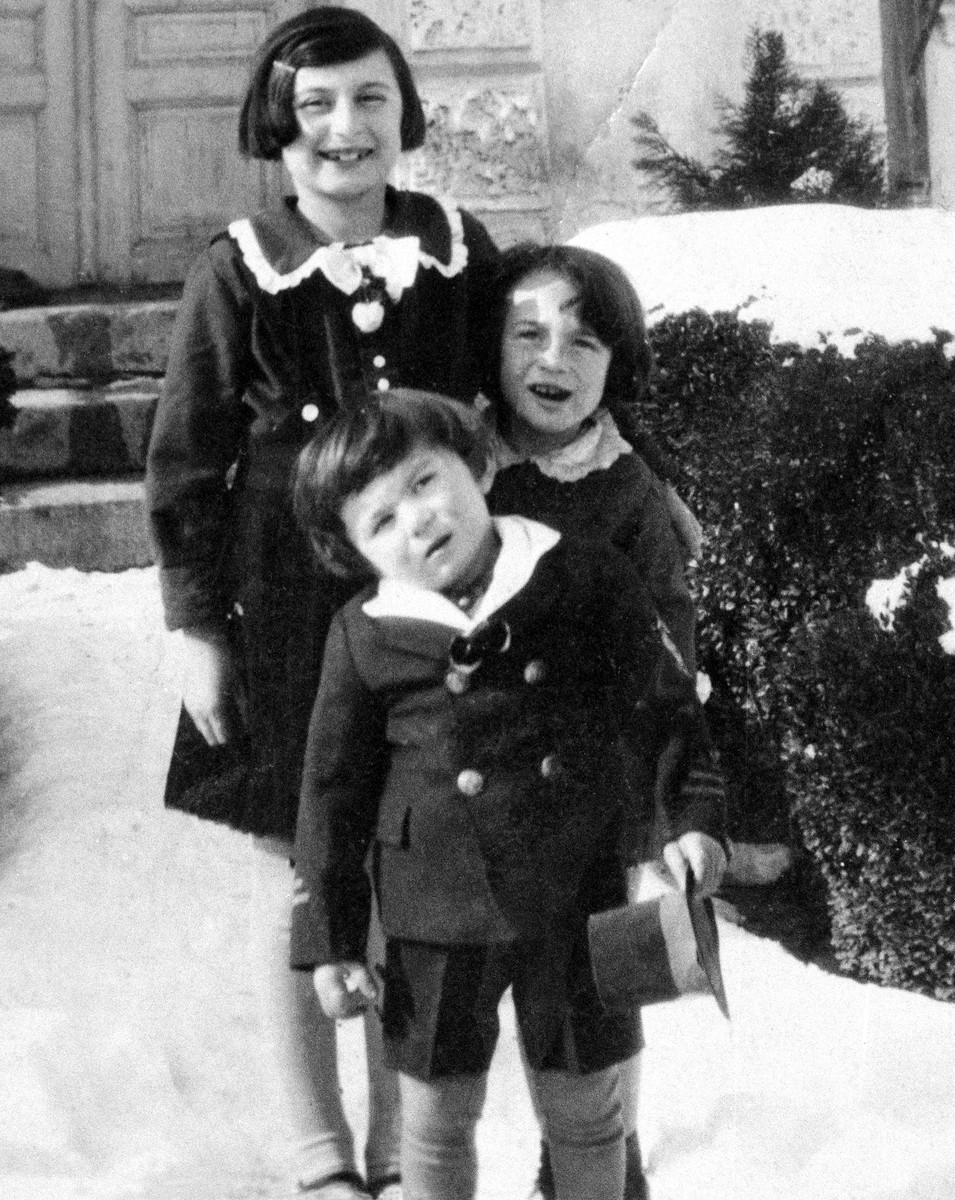 Three Jewish children pose outside in the snow in front of their grandparent's house in Kyustendil, Bulgaria.

Pictured from front to back are: Israel Baruch, Ida Haimova (his first cousin) and Marietta Baruch (his sister).