Although the United States Holocaust Memorial Museum has reopened to exhibition visitors, numerous other facilities, such as the Library and Archives Reading Room, remain closed until further notice. To the extent feasible, staff members are working remotely to answer reference requests. Reference questions, including those regarding access to collections, may be directed to reference@ushmm.org. For questions about donating materials, please contact none;" href="mailto:curator@ushmm.org">curator@ushmm.org. Please do not send any materials until explicitly directed to do so by curatorial staff. Thank you for your understanding.

Passengers on board the SS Hamra sail from Romania to Palestine. 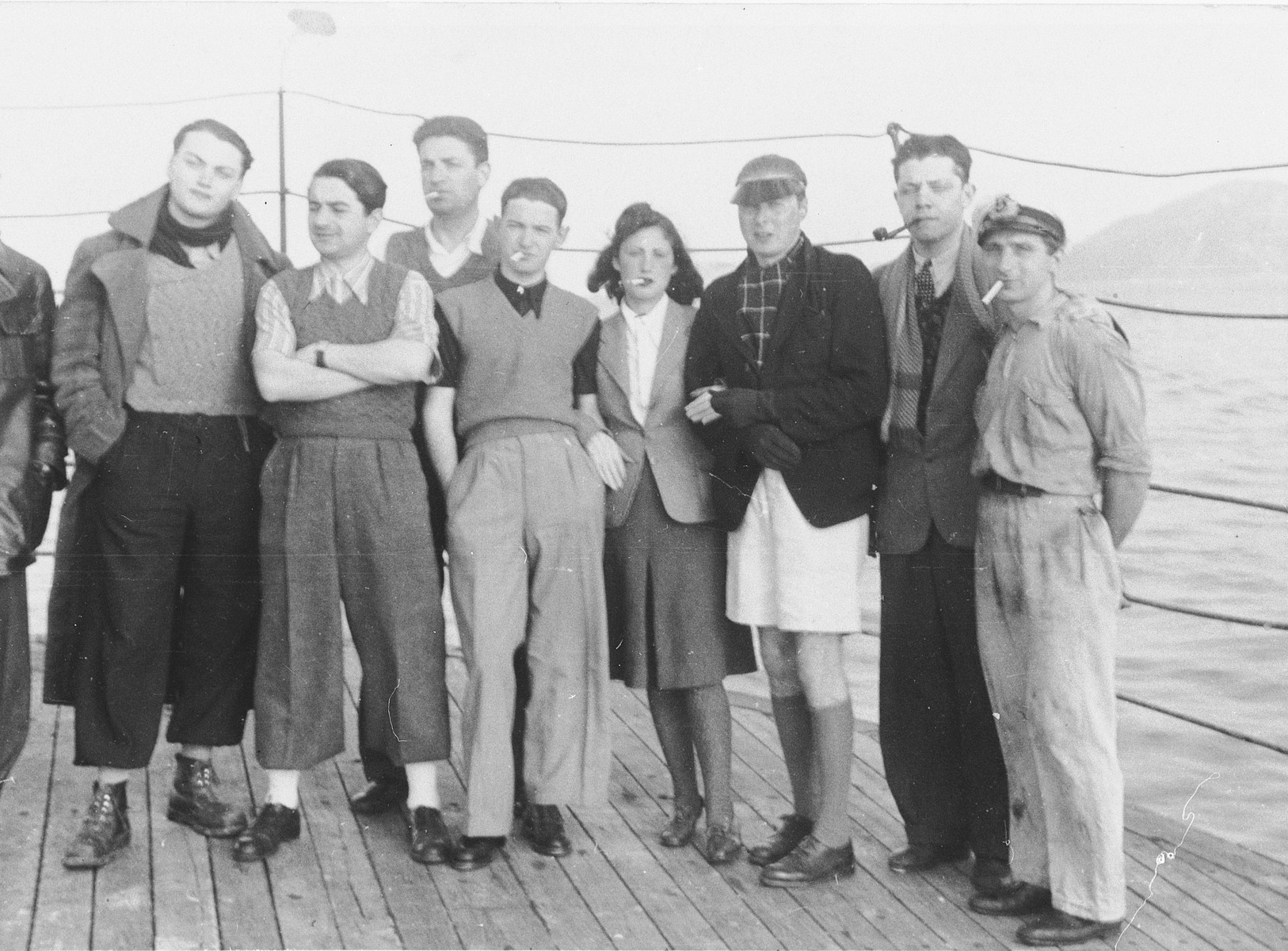 Passengers on board the SS Hamra sail from Romania to Palestine.

Among those pictured is Ella Feuerwerk (fourth from the right).

Biography
Sami Ambar is the son of Ella Feuerwerk and the grandson of Salo and Feige (Fanny) Feuerwerk. Ella Feuerwerk was born in Vienna in 1920. She had one older sister, Rosl. Ella's father was born in Austria, and her mother was born in Botosani, Romania. Though the family lived in Vienna, Salo's firm, which produced metal housewares, was located in Bucharest, Romania. In 1937 Salo became increasingly concerned about the deteriorating political situation in Austria. He decided to move to Bucharest, and he sent Ella away to a boarding school in Switzerland. Feige and Rosl remained in Vienna temporarily since Rosl was in medical school and didn't want to disrupt her education. By February 1938, Nazi power in Austria had grown further, and Salo told his wife and oldest daughter to leave. A few weeks later, on March 12, the Germans marched into Vienna. Police came to arrest Salo on July 23rd only to discover he no longer lived in the country. However, they confiscated all of the family's possessions. Salo and Feige decided to immigrate to Palestine. Since they could not take currency out of the country, Salo began exporting goods to Palestine, which provided him with the money they needed once they arrived. They were admitted on "Capitalist Visas." The start of World War II in September 1939 delayed Ella and Rosl's plans to follow their parents. In November 1940, Ella and Rosl secured passage on the Panamanian ship, SS Hamra sailing from the port of Constanza. The ship stopped at Istanbul and then in Port Said. Salo passed away in 1943. That same year, Ella married an Egyptian Jew, Albert Ambar. Ella passed away in Geneva, Switzerland in 2013.