Polish children in an orphanage in the Soviet Union. 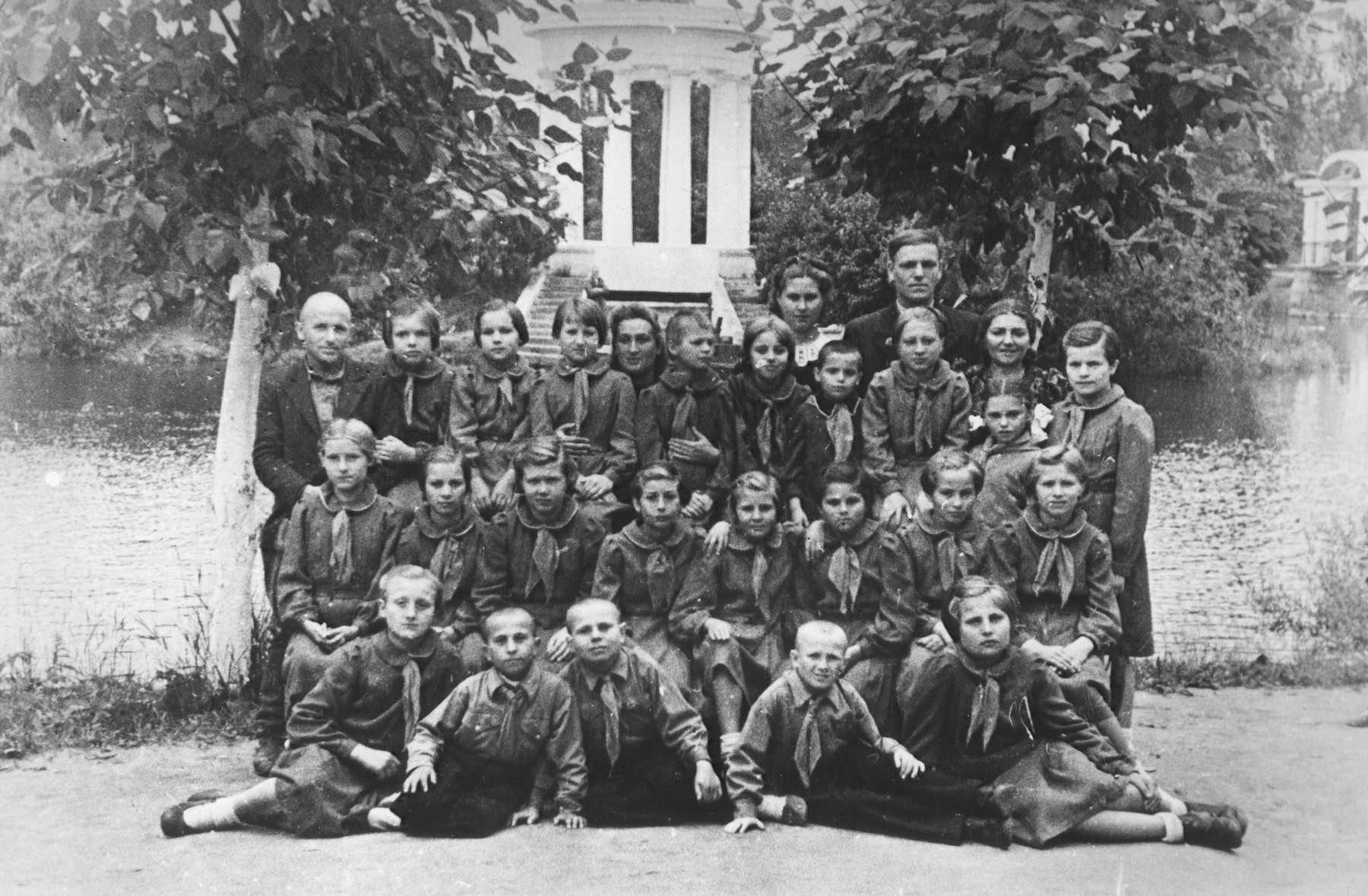 Polish children in an orphanage in the Soviet Union.

Standing on the top left, is the director, Marek Liwszyc, a Polish-Jewish refugee.

Biography
Marek Liwszyc was the son of Joseph Liwszyc and Eidia Berenzon (b. 1889). He was born on June 28, 1915 in Ostrog in eastern Poland. Joseph, a pharmacist, passed away in 1919 when Marek was only four years old. Eidia then supported her son as a teacher. Marek also became a teacher, and in August 1937 he married another teacher, Lucy Elka (Ela), b. 1916. Following the start of World War II, Ostrog fell under the Soviet zone of occupation. Sometime in 1941, Lucy gave birth to a son, Joseph Lazar who they named in memory of Marek's father. Following the German invasion of the Soviet Union in June 1941, Marek was conscripted into a building battalion of the Soviet army in Ural Mountains while his wife and child were trapped under Nazi rule. After his release from the army he became the director of an orphanage for Polish children modeled on Janus Korchak's institution. After the war he learned that Lucy and Joseph were both deported and killed in 1942 near Lvov. Marek's mother Eidia perished in a shooting Aktion in Ostrog on August 4, 1941. For several years, Marek lived in Kiev where he remarried Vera German, a Polish-Jewish nurse in the Red Army, before being repatriated to Poland.