Close-up portrait of David Prussman, a Russian-Jewish prisoner-of-war holding a photograph of his two children, Hana (later Schieffer) and Zalman. 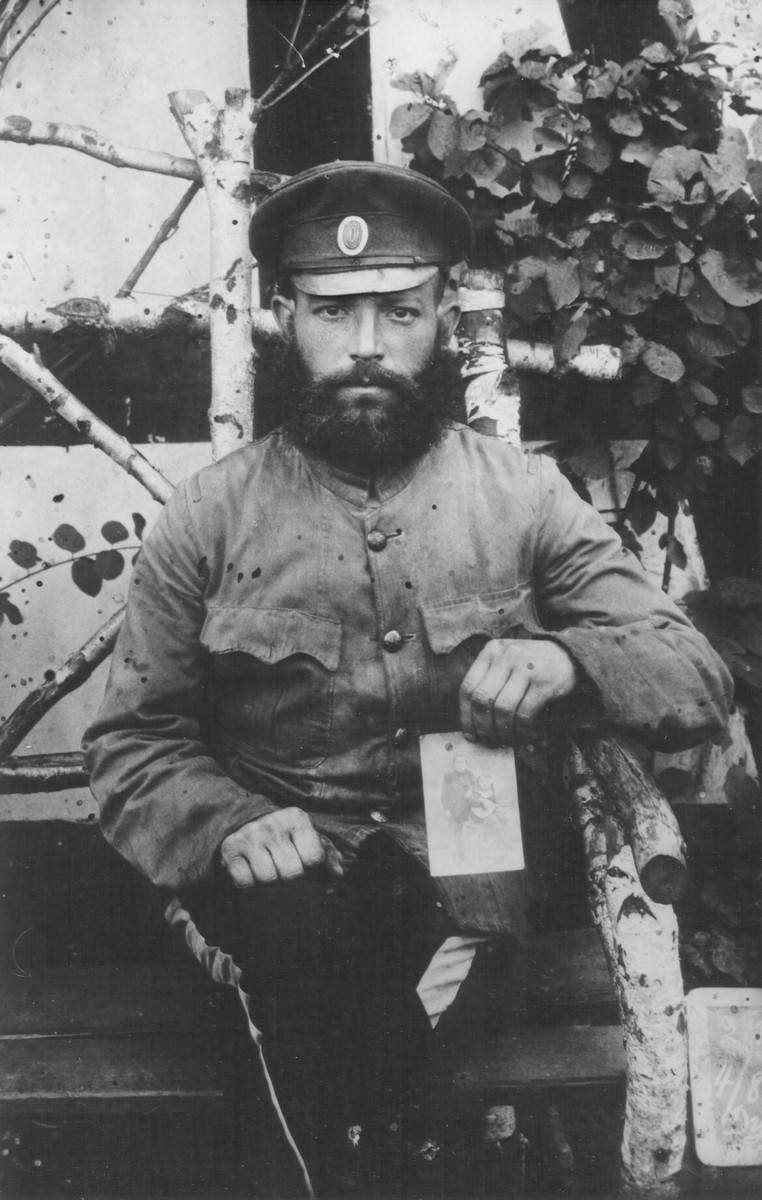 Close-up portrait of David Prussman, a Russian-Jewish prisoner-of-war holding a photograph of his two children, Hana (later Schieffer) and Zalman.

The photograph was taken in 1918, when David and his family moved from the town of Luboml to the city of Kovel. He died in 1938 after an illness. His wife was killed in the Holocaust. Hana escaped with her husband and daughter to the Soviet Union. In 1949, they immigrated to Israel.