Summons issued to Harry Israel Kastan by the Jewish Registration Office to appear at the office on April 14, 1943. 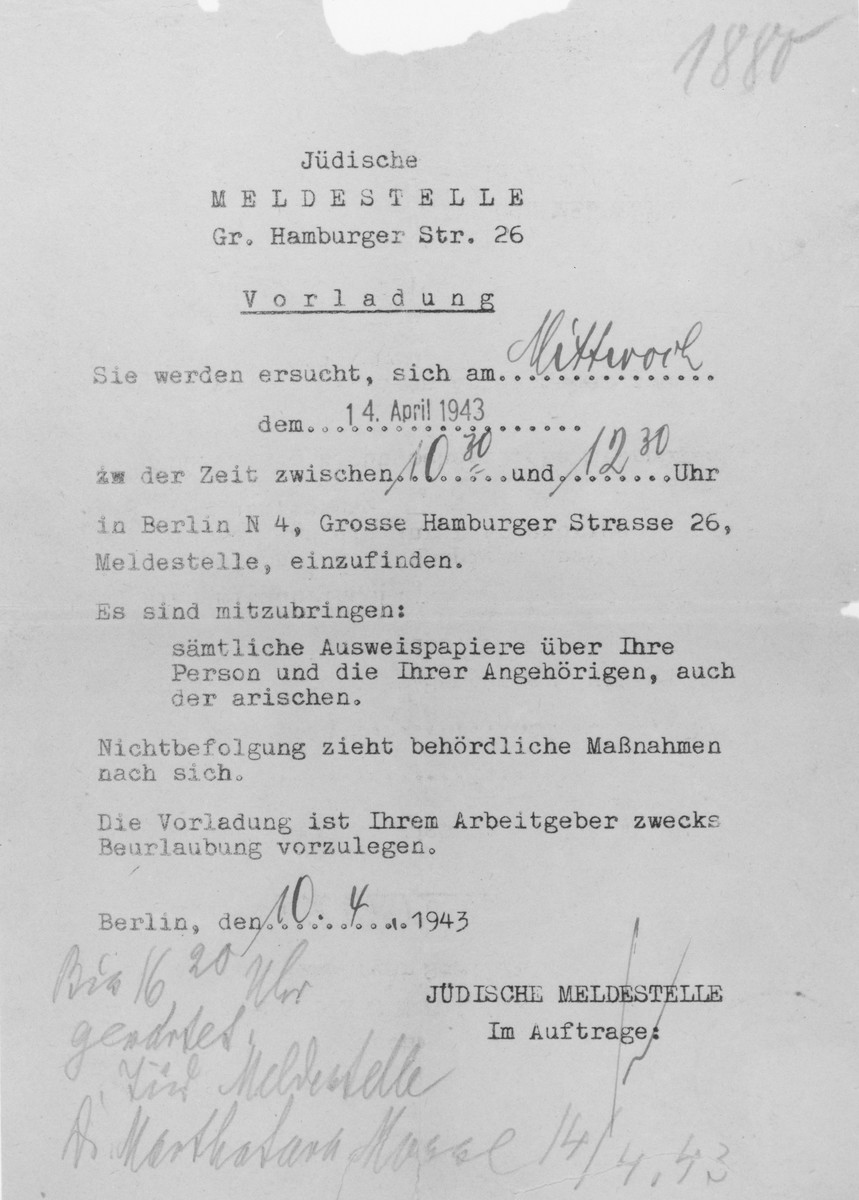 Summons issued to Harry Israel Kastan by the Jewish Registration Office to appear at the office on April 14, 1943.

The German text reads: "Jewish Registration Office/Grosse Hamburger Str. 26/Summons/You are requested to appear at the registration station at Grosse Hamburger Strasse 26 in Berlin on April 14, 1943 between 10:30am and 12:30pm./You are to bring:/all the identification papers about yourself and your dependants, including the Aryans./Non-compliance will result in official measures./The summons is for the purpose of submitting to your employer./Berlin April 10, 1943/Jewish Registration Office/With attachment:"