Shlomo Rachmil and a friend pose on a street corner in a small Russian town after liberation. 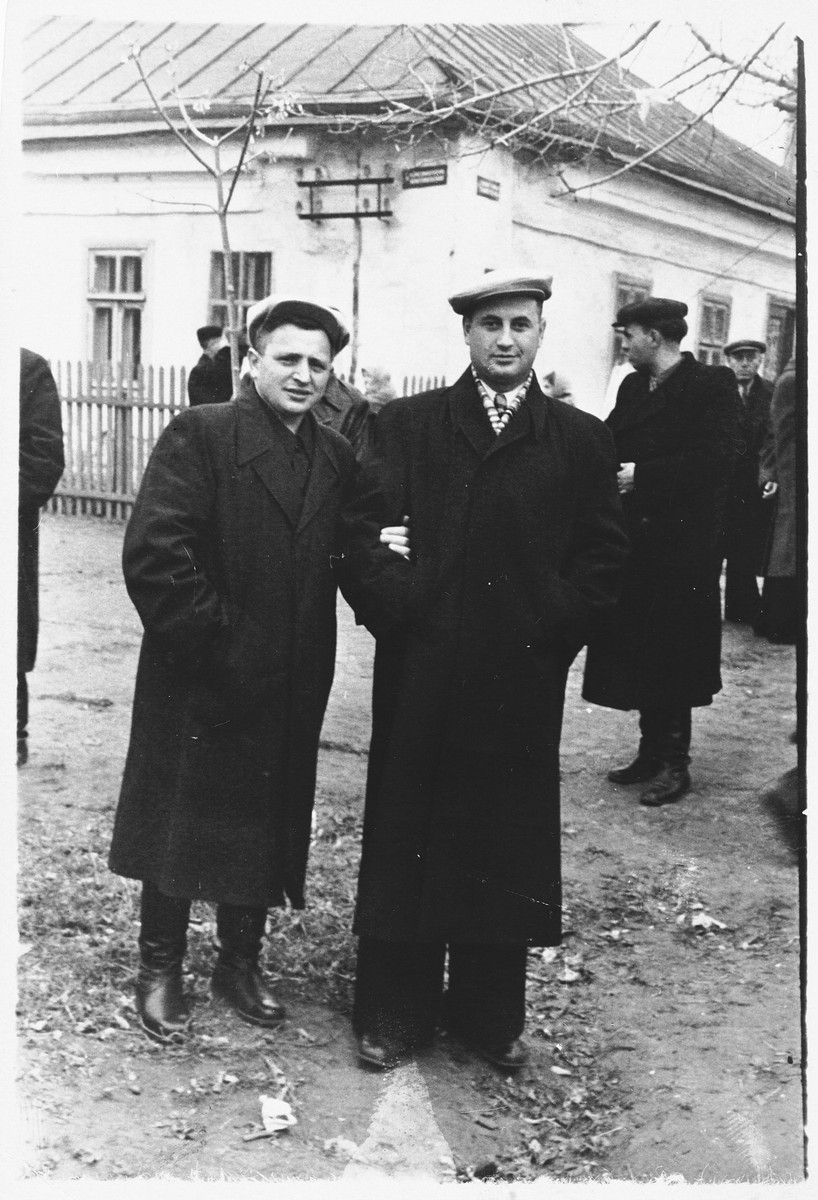 Shlomo Rachmil and a friend pose on a street corner in a small Russian town after liberation.

Biography
Etti Hecht (born Etti Kasapau) is the daughter of Yehoshua and Leiba (Rachmil) Kasapau. Etti was born March 27, 1938 in Hertza, Romania, where her father worked as a tailor. She had three sisters: Paula (b. 1933), Sally (b. 1937), and Chana (b. 1940), who died of dysentery at the age of 10 months. The family kept a traditionally observant home. The sisters went to the "Scualo Yisraeli" near Dorohoi-Czernowitz. In July 1940 a pogrom broke out in Dorohoi. The Jewish population was herded into the synagogue and Romanian troops retreating from Northern Bukovina massacred some 150 Jews. Jewish apartments were broken into and emptied of all food and valuables. In the fall of 1941 the Jews of Dorohoi were deported to Mogilev Poldosk, in Transnistria. Women and children rode on wagons pulled by bulls while the men followed on foot. Soldiers whipped some people as they walked. All of the extended Kasapau family joined the exodus with the exception of one grandmother, who remained behind and was shot. From Mogilev they were sent to Kolkhoz, Romanka near Kopaygorod, where they spent four years. The family shared one room with another woman and suffered from hunger. Etti's grandparents and other relatives died of malnutrition. Etti, her parents and two older sisters survived the war. After their liberation by Romanian and Soviet troops, they returned to Dorohoi, where Etti remained from 1944 until 1947. She then left for Holland and in 1948 moved to Israel. The rest of her immediate family joined her in Israel in 1958.