Ignaz Pisker poses with his daughters Helen and Fritzi. 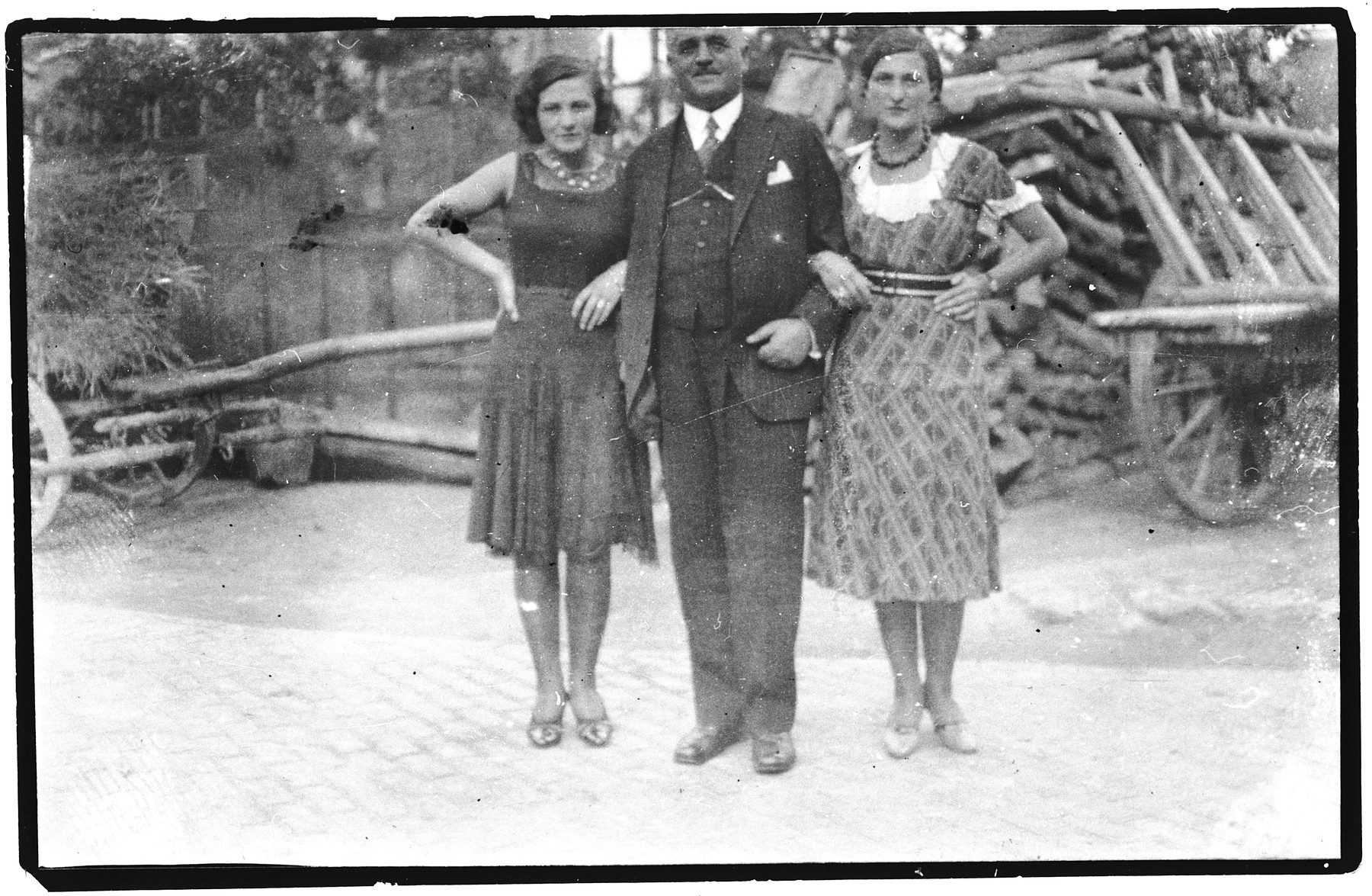 Ignaz Pisker poses with his daughters Helen and Fritzi.

Biography
Helen Offenberger (originally Pisker) is the daughter of Ignaz Pisker (b. 1874) and Paula nee Mueller Pisker (b. 1886). Helen had a sister Fritzi (later Werner) born on August 12, 1911 and a brother Heinz born on August 31, 1911. The family lived in Znojmo, Czechoslovakia where Ignaz worked in agriculture. Ignaz, Paula, Fritzi and Heinz were all deported to Theresienstadt and from there to Auschwitz. Ignaz, Paula and Fritizi were murdered in Auschwitz in 1942. Heinz was sent from Auschwitz to Gleiwitz where he was shot by an S.S. man in 1945.