Group portrait of ten young people, members of either Hehalutz or Hashomer Hatsair. 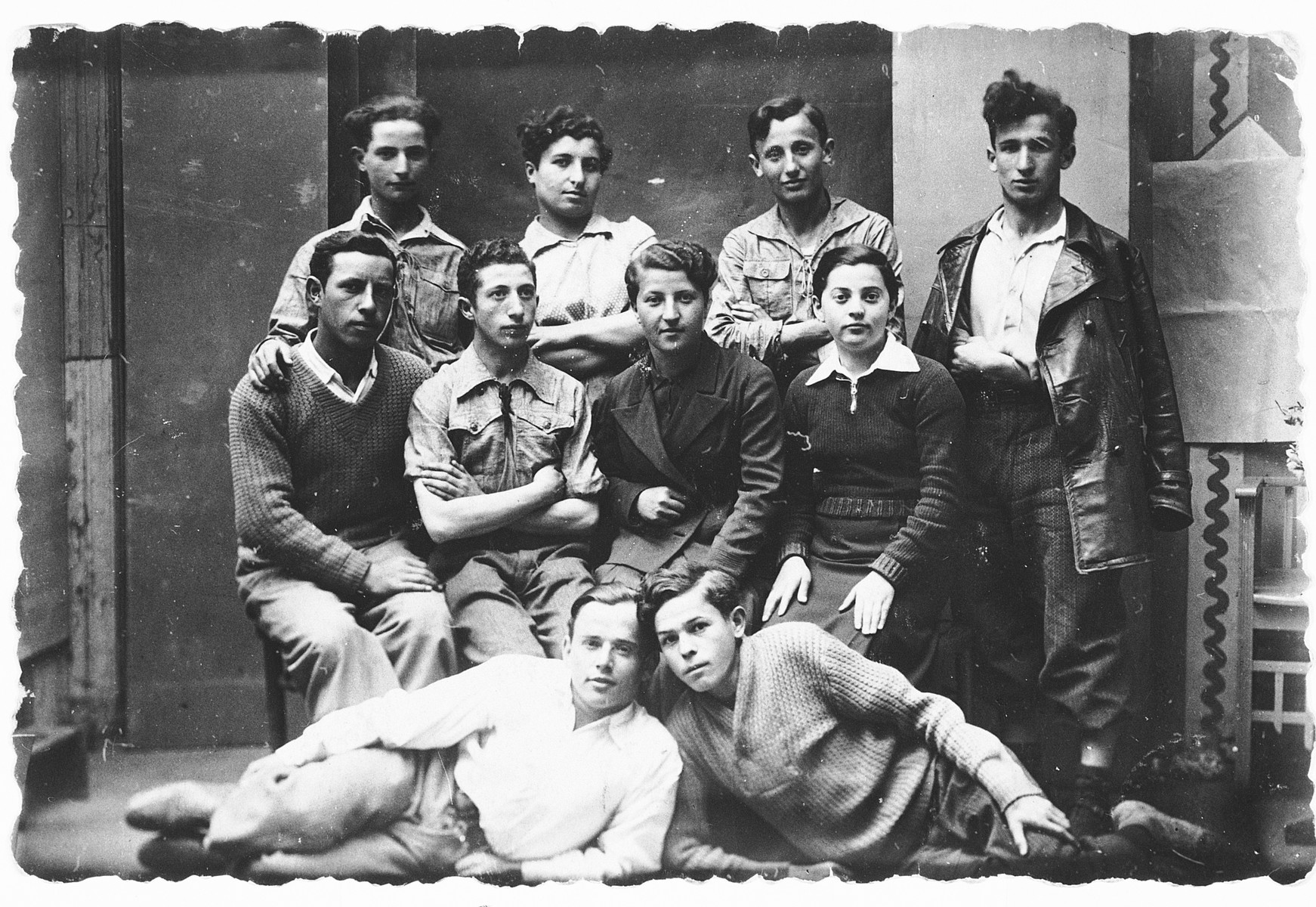 Group portrait of ten young people, members of either Hehalutz or Hashomer Hatsair.

Among those pictured are Leah Rutstein and Neshka Rosenberg.

Biography
Faiga Tick is the daughter of Nathanel and Hendl Nordwind Milchberg. She was born in Nasielsk Poland, near Warsaw, on March 14, 1917 where her parents owned a grocery store. Faiga had three siblings, Yehiel (b. 1926), Ephraim (b.1910) and Pesa. Less than two months after the German invasion of Poland, on October 29, 1939 Faiga married Schmuel Tick in Warsaw Poland. Shortly thereafter Faiga and Schmuel fled eastward. After spending three nights in Malkinia, a town on the Polish border, they came to Swislocz, in the Soviet zone where they remained until July 1940. They were then deported by the Soviets to a labor camp in Vologda province in the east where they worked clearing trees and building barracks. They then made their way to Tashkent, Uzbekistan and Isfara, Kyrgyzstan. They were able to correspond with Faiga's sister Pesa who was already in Palestine and applied to join her but their application was rejected. In November 1945 they returned to Poland and went to Lodz along with their six-month-old baby. They lived in Lodz for almost a year while Schmuel worked as a Bricha guide bringing Jews out of Eastern Europe. They then left with the Bricha to come to Germany. They traveled through Oswiecim and made their way first to the British zone and then to the American zone. From 1946 through 1948 they lived in the Zeigenheim and Pocking displaced persons' camps before immigrating to Canada. Faiga's mother died of typhus in the ghetto; her father was probably deported and killed in a concentration camp. Her two brothers, Yehiel and Ephraim, also perished.