Studio portrait of a father with his two sons. 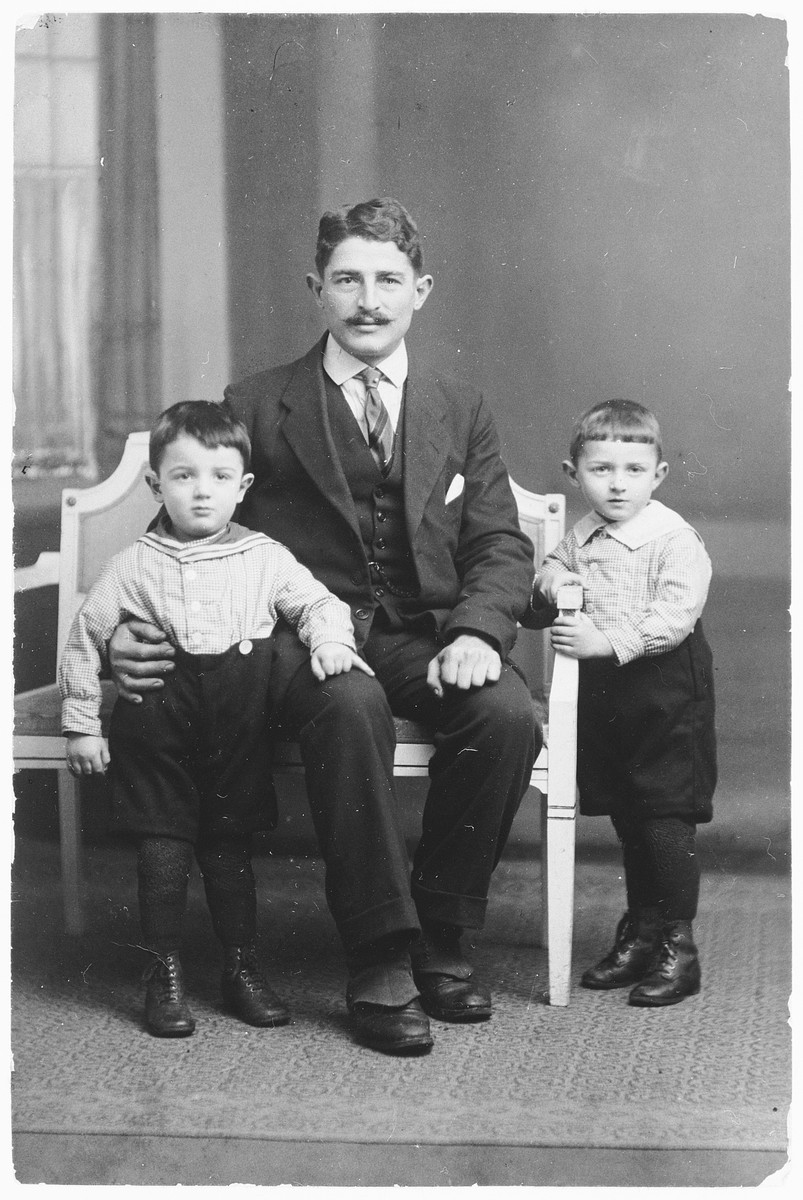 Studio portrait of a father with his two sons.

Pictured are Josef Zwienicki with his sons Benno (right) and Gerd (left).