Teenage girls from a religious Jewish school in Sweden work in a lumber yard. 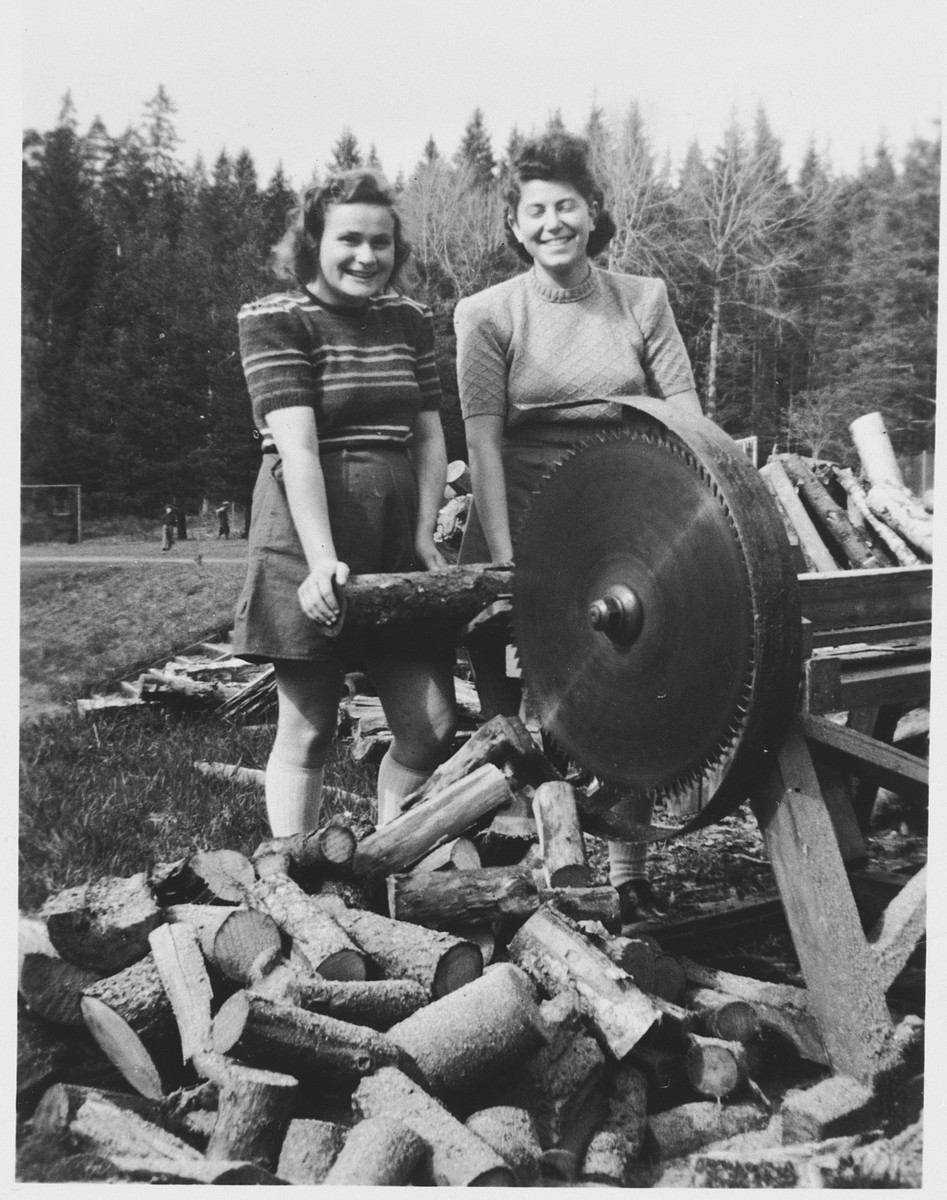 Teenage girls from a religious Jewish school in Sweden work in a lumber yard.

Biography
Alice Katz (born Zissel Schwartz) is the daughter of Shraga Tzvi (Feivish) Schwartz and Mirel Handler Schwartz. She was born in Humenne, Slovakia in her maternal grandparent's home on Septemner 30, 1929 and was raised in Kosice, Czechoslovakia. She was the oldest of four children. Her younger siblings were Leah (born April 30, 1931), Matis (born July 31, 1932) and Boruch (born June 26, 1935). In the 1940s Shraga Tzvi was conscripted into forced labor where he perished. In the spring of 1944, Mirel and her four children were deported to Auschwitz. Mirel, who had already lost her husband, heard rumors from a neighbor as to what was happening in Poland, and had been interrogated and tortured as to the whereabouts of a sister, immediately assumed the worst. After arriving on the platform, when Mirel's sister-in-law asked Alice to hold her baby, Mirel would not let her take the child. At her mother's urging, Alice told the guards that she was seventeen, even though she was only fourteen. The Germans believed her, and she was selected for work. Leah, who was one year younger, also tried to pass, but the SS officers at the ramp did not believe her since she still looked like a child. Since she had no family with her, Alice latched on to three sisters Pearl, Chaya and Draizel Czeszne. They became her camp sisters and cared for her as if she were a blood relative. After a brief time, Zissel was transferred to Plaszow, and after two months she returned to Auschwitz and was tattooed upon her rearrival. Then five weeks later, in September, she was sent to Greenberg to work in a munitions factory. As the Soviet army neared, Alice was sent on a death march and arrived in Bergen-Belsen in either late January or early February. There, the situation was even worse than it had been in Auschwitz. For the first time, she spotted mounds of corpses lying on the ground. Alice remained in Bergen-Belsen until her liberation by the British in April 1945. Immediately after liberation she was taken, nearly dead, to a hospital to recover. After she was well enough to travel, she went on a transport to Sweden to finish recuperating. There she attended a Mizrachi school run by Mr. and Mrs. Sobel in the village of Kvarsebo. In 1948 she began working in shirt factory, and in January 1949 she immigrated to the United States, sponsored by her great uncle, Moshe Handler. She lived with her aunt and uncle Isidore (Yisroel) and Chanda (Handler) Ackerman who became her surrogate parents. The following year she married Meir Katz.