Studio portrait of a Jewish couple, Khonya and Dina Pevsner. 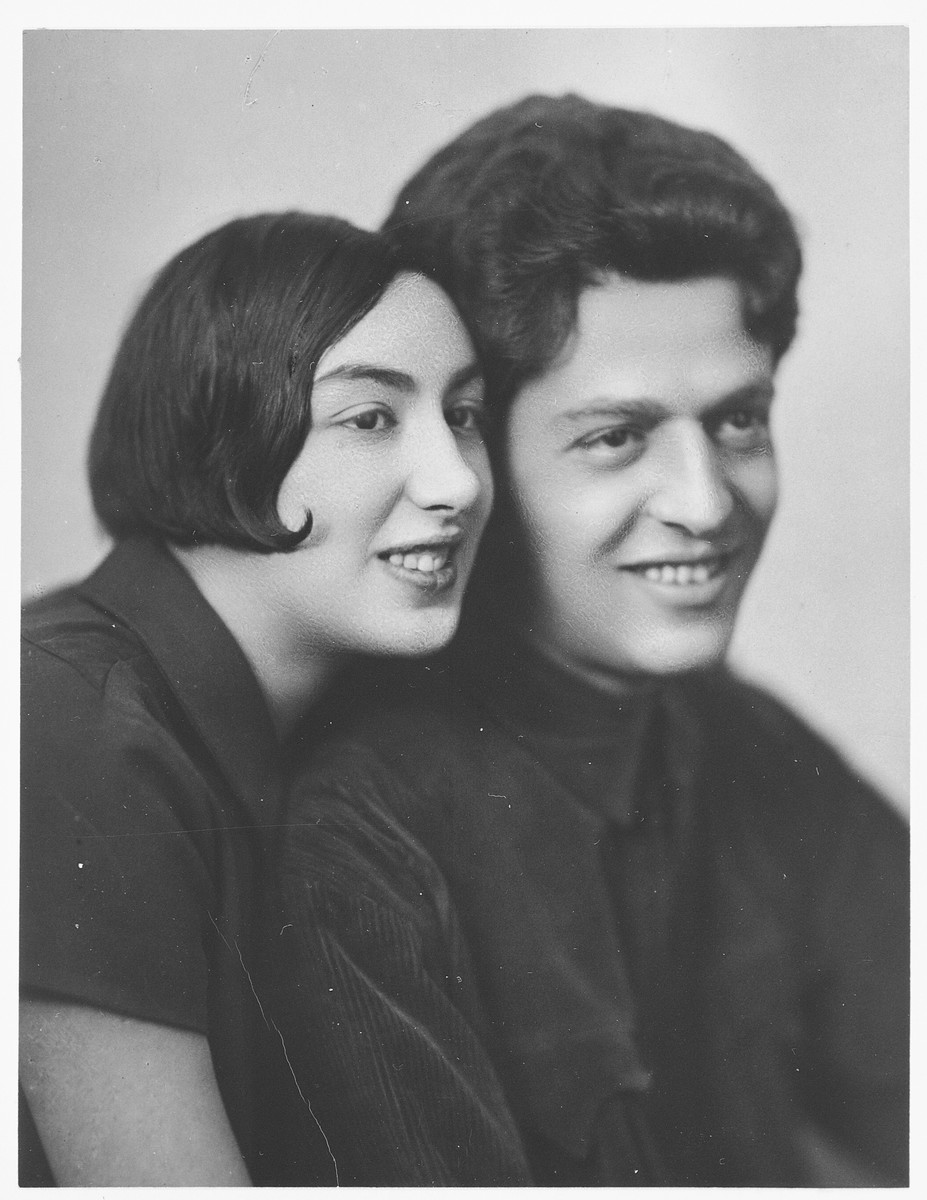 Studio portrait of a Jewish couple, Khonya and Dina Pevsner.

Khonya was arrested during the Kirov purge and perished in the Gulag.

Biography
Marita Dresner (born Marita Pevsner) is the daughter of Samuel and Sophia (Neufeld) Pevsner. She was born in Moscow in 1924. Marita's father was born in Smolensk and was studying in the conservatory in St. Petersburg in 1905. After becoming involved in the revolutionary student movement, he had to flee the country to avoid arrest. He went to the United States but stayed only a short time before moving to Italy where he began work as a correspondent for a liberal St. Petersburg newspaper. He returned to the Soviet Union in 1917 on the heels of the Russian Revolution. In 1925, he was assigned as press attaché to the Soviet Embassy in Rome and moved there with his family. He defected in 1928, and the family remained in Italy as stateless persons. Marita's younger sister Viera (later Morse) was born in 1926 in Rome. The family stayed in Italy for the next fourteen years, during which Samuel wrote for a Russian exile newspaper in Paris and published a book in Italy. A second book, a translation from Russian into Italian about the Protocols of the Elders of Zion, was scheduled for publication when the racial laws were enacted in 1939, and Jewish authors could no longer be published. The family had to leave the country and immigrated to the United States in July 1939 along with Sophia's mother, Rita Neufeld. After immigrating to Washington, Samuel worked in a bookstore and later taught Russian at the Pentagon and the University of Maryland; Sophia worked for the government as a civil servant. Though the Pevsner family succeeded in escaping in time, Samuel and Sophia's siblings were less lucky. Sophia had three siblings. Her sister Hela (Neufeld) Mowszowicz perished in the Warsaw ghetto with her eight year-old child. Her other sister, Nina (Neufeld) Crovetti, who had been living in Italy with her Italian husband and child, was denounced and deported to Auschwitz, but survived. Her brother Leon had been living in Berlin and escaped illegally to France in the mid-thirties with his four-year-old daughter. His wife followed him illegally but was arrested, imprisoned and eventually deported to Auschwitz. Leon was caught in a street raid in Paris and also deported to Auschwitz. Only the child survived, hidden by French peasants who placed her in a Jewish orphanage at war's end. Samuel had six siblings. His brother Khonya was arrested during the Kirov purge. He was tortured and perished in the Gulag. Samuel's other siblings, Anya Yefim, Olya, Naum, and Zelma were also victimized in various degrees under the Stalin regime, some being sent to different locations if internal exile, and survived in very difficult circumstances. In 1947 Marita went to work for the IRO in Italy. She was responsible for screening potential immigrants to the United States to weed out former Nazi collaborators. Based in the Bagnoli DP camp, she dealt mostly with non-Jewish DPs. She quit her job in 1950 after her superiors wanted her to overturn a decision to turn down the application of a former Ustasa member. She returned to the United States, and a few years later, she met and married Edmund Dresner.