The title page of a missal in French and Latin received by Sara Lamhaut while hiding at the Soeurs de Sainte Marie convent school near Brussels. 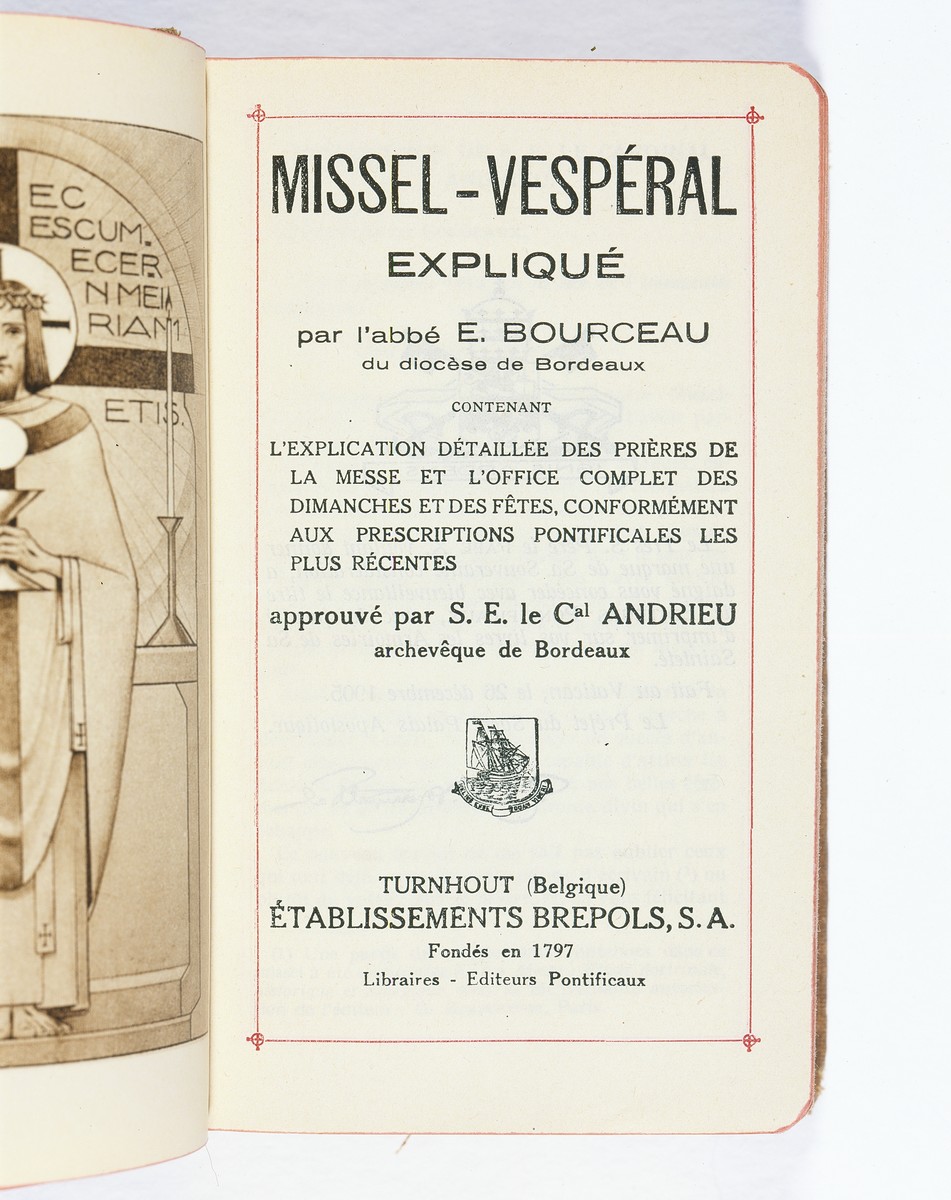 The title page of a missal in French and Latin received by Sara Lamhaut while hiding at the Soeurs de Sainte Marie convent school near Brussels.

The missal was given to Sara Lamhaut (Jeannine van Merhaegen) on the occasion of her first communion, Wezembeek-Oppem, Belgium.

Biography
Sara Boucart (born Sara Lamhaut) is the only child of Icek Leib and Chana Laja (Goldwasser) Lamhaut. She was born on May 24, 1931 in Brussels, Belgium, where her father was a tailor. During the German occupation of Belgium, Sara's parents served in the Armee Belge Partisannes Armes (the Belgian partisans) until they were denounced and arrested in May 1942. Sara's mother spent the next six months in prison and then was taken to the Mechelin transit camp. A short time later, she was deported to Auschwitz, where she perished. Sara's father was arrested in July 1943 and was also sent to Mechelin. From there he was deported with the twenty-first convoy to Auschwitz, where he too was killed. Between September and December of 1942 Sara lived in a private home. Afterwards, she went into hiding, along with three other Jewish girls, at Le Soeurs de Sainte Marie, a convent near Mons, where she stayed through the winter of 1943. Later that year Sara stayed in various places, including the Chateau du Bois d'Arlon and in an abandoned convent in Sugny. In between there was a month or two when she was united with her father in Brussels. From September 1943 until her liberation in September 1944, Sara was hidden in a convent school in the village of Wezembeck-Oppem in Brussels. While at this convent Sara lived under the assumed name of Jeannine van Meerhaegen and received her First Communion. After the war she moved to the convent of Saint-Pierre, also near Brussels, for a period of seven months. She was then taken in by friends of her parents, who later became her guardians. Sara remained in Brussels, where she married Leo Boucart in August, 1955.