A watch given to Anna Cheszes by her rescuer Madzia Strzelczyk. 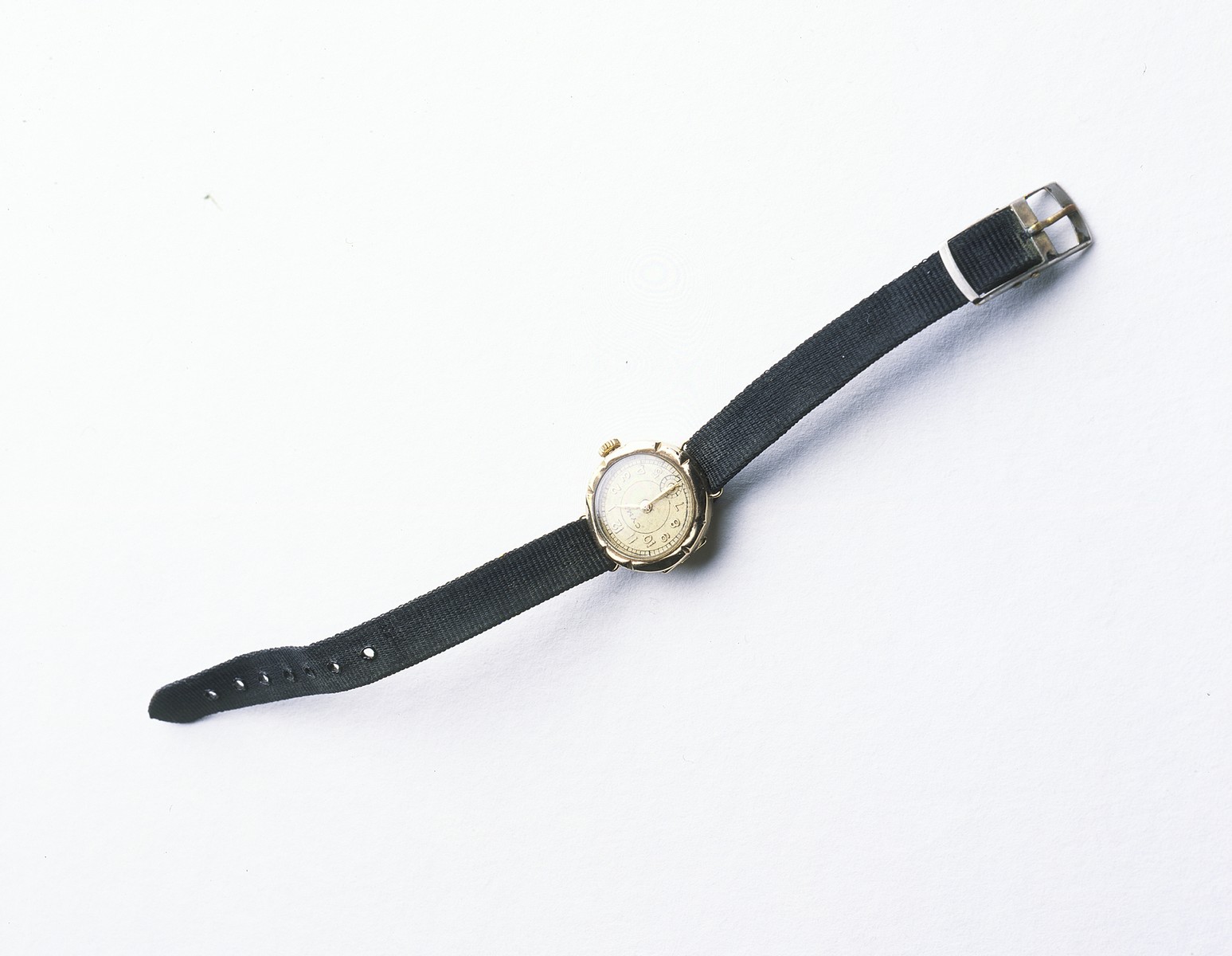 A watch given to Anna Cheszes by her rescuer Madzia Strzelczyk.

In May 1943, Dora Kaplan was able to smuggle a women's gold watch out of the Bialystok ghetto via Michal Kempinski for her daughter, Pola (later Anna Strzelczyk). In the late 1960s, Madzia visited Anna and gave her the watch as a high school graduation gift with no explanation. Anna was not interested in the watch. Anna learned the truth about her birth and the watch only after Madzia's death in 1972.

Biography
Anna Cheszes (born Pola Kaplan, later Anna Strzelczyk) was probably born in 1940. The exact date and place of her birth are unknown. Her natural father, whose full name she never knew, had worked as a printer in Bialystok. He was killed in his hometown on June 28, 1941, when the Germans burned down the Great Synagogue in Bialystok on the second day of the occupation. Pola and her mother, Dora Kaplan, were soon forced to relocate to the Bialystok ghetto . When Pola was three years old, her mother arranged for Michal Kempinski, a Jewish electrician hiding on the Aryan side, to smuggle Pola out of the ghetto. Michal was married to a Pole, Helena Strzelczyk, and he took Pola to the home of his brother-in-law, Tadeusz Strzelczyk. Michal helped to secure false papers for Pola, and a Polish woman, Stanislawa Horodko, obtained a baptismal certificate for the little girl, naming herself as godmother. Pola was renamed Anna and raised by Tadeusz and his Jewish wife, Madzia (Michla) née Jozefowicz, as their own child. She and Tadeusz were born in Lodz and escaped to Bialystok in 1939 at the start of World War II. Following the German occupation of Bialystok in 1941, Tadeusz was rounded-up as a Pole and sent to Germany for slave labor, and Madzia, as a Jew, was forced into the ghetto. While in the ghetto, Madzia met Stanislawa Horodko, who urged her to flee. Madzia escaped the ghetto in the fall of 1942. Stanislawa, who was seriously ill with tuberculosis, successfully petitioned for Tadeusz's release. Claiming that she was his wife, Stanislawa told German authorities that she did not have long to live and pleaded that he be sent home to see her. After 22 months of forced labor, Tadeusz returned to Bialystok in May 1943. (Stanislawa passed away in 1944.) Tadeusz gave Madzia the baptismal certificate of his sister, Helena, and Madzia used her sister-in-law's name for the rest of the war. Tadeusz brought Madzia and Anna to the village of Kowale, near Bialystok, where they lived as Polish Christians, telling curious townsfolk that Anna had tuberculosis and needed to breathe the country air. They survived the war in the country. Anna's natural mother, Dora Kaplan, did not survive, and after the war, Madzia and Tadeusz continued to care for Anna. Helena gave birth to a son, Marian, on June 20, 1945 who became a brother to Anna. Anna remained in Poland until 1967, when she left for France. From there she continued on to the United States, and finally settled in Canada.

Michal Kempinski was arrested and deported to a concentration camp during the war, but survived. He returned to Poland after the war and later moved to Germany. Madzia's father, Hirsz Jozefowicz, perished in the Lodz ghetto, and her mother, Gitl, perished in Auschwitz three months before the liberation of the camp. Madzia's sister Brandla, and brothers, Mosze and Szmulek, also perished. One sister, Helena, survived in the Soviet Union, returned to Poland in 1956 and immigrated to Israel in 1969. On April 12, 1987 Yad Vashem honored Tadeusz Strzelczyk as one of the Righteous Among the Nations.